IT: Chapter Two, Andy Muschietti’s follow-up to his surprise 2017 box office hit, is a decent but ultimately disappointing sequel. Fans of the actors and story will still have a good time, but most will walk out with severely less hype than Chapter One left them feeling due to Chapter Two‘s formulaic nature.

Based on Stephen King’s novel, Chapter Two brings the narrative into the present, with the grown up Losers Club reuniting after Pennywise (Bill Skarsgard) returns despite their defeating him as kids. As they piece together memories from their childhood (from an unexplained memory wipe that affected all of them except for Mike), they agree to take part in a Native American ritual that is rumored to be able to kill Pennywise.

The cast does their best with the material, but in terms of dialogue, it feels like it’s mostly a step down from Chapter One. Normally, child actors are given dialogue that feels like Hollywood screenwriters writing kids, but weirdly, it’s the adults in Chapter Two that feel like they’re parroting from a script written for them. It feels less natural, more forced. And while Bill Hader is certainly the best of the six main actors, I don’t understand why he’s getting such rave reviews and Oscar buzz talk.

Comparatively, Pennywise is far less scary in this movie than the last. The unfortunate byproduct of this movie serving as a conclusion to the narrative is that Pennywise has to stop being the monster that gets to hide in the shadows. He has to become a direct threat to the characters, which, while leading to one great scene with him taunting Richie about knowing his secret, results in his transformation into just another Hollywood horror movie monster. 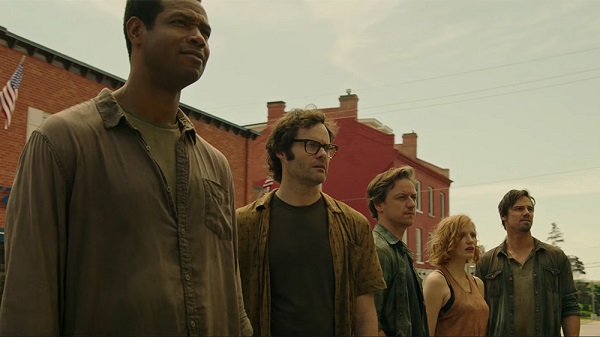 The movie also features one of the same big problems that, in my opinion, derailed this year’s other highly anticipated conclusion epic – Avengers: Endgame – in that it is too funny. Chapter One featured well-placed comic relief in otherwise strong, dramatic scenes, but Chapter Two takes things one step further and actually brings in setups and punchlines. In its effort to take advantage of the natural talents of performers like Bill Hader, it forgets that it’s supposed to be a horror movie. The tone is so fraught and blended that there are even parts the audience of my screening laughed at that I’m pretty sure weren’t supposed to be perceived as funny. From this, the stakes feel empty.

One thing Chapter Two does extremely well, though, is the editing. Mostly, at least. With a runtime of just under three hours, Chapter Two’s editing definitely could have been tighter. For example, the film’s second act finds the Losers splitting up to retrieve tokens from their past necessary to complete the ritual. These individualized scenes are woven with new flashbacks to the month in which the Losers Club broke up in the first film, but with the exception of Richie, none of the information we learn about the characters through these flashbacks is new. However, the match cuts between these dual timelines are exquisitely done. There is also a sequence during the final battle that achieves Grade A remarks for the way two disparate scenes between Bev (Jessica Chastain) and Ben (Jay Ryan) are brought together.

Chapter Two never quite finds its footing and finds itself saddled with the overlong shadow of an insanely well-executed predecessor. That said, it is worth seeing, albeit maybe on home release.

Amateur filmmaker living life with the same zest and zeal as Pete Carroll chews his gum. Check out updates on my projects and my latest thoughts on film and TV on Pop Culture Uncovered, on Twitter @TheAndyEps, and on Facebook.