Yesterday, we brought you a first impression of Mass Effect: Andromeda Early Access, and talked about a few of the things that we took issue with in this title. One would’ve hoped that the reaction of gamers would be heard and summarily addressed by EA & BioWare. However, the day one patch seems to reveal that this is not the case.

Ian Frazier, the lead designer of the game, talked about a few of these things recently. However, he appears to have ruled out any improvement of the character models in the near future. Regarding this issue, Frazier is quoted as saying, “At day one? No, that ship has sailed.” Regarding the other issues that some gamers have had with this title, he designer went on to say, “We released a Mass Effect: Andromeda patch 1.04 today which, among other things, fixes the Corsair black screen. The team’s working very hard to address issues. More patches to come.”

BioWare did not provide any patch notes for this day one patch, and it seems that the PS4 update history simply mentions the boilerplate “bug fixes and stability improvements” statement. We do know, however, that the size of the download is 2GB on PS4, and 775 MB on Xbox One.

That’s all well and good, and gamers do appreciate that developers take note of the issues that arise with their games and work to fix them. However, issues like this one and many others in the past actually beg the question: What’s going on with the apparent lack of proper quality assurance in gaming development? In thinking about this, we asked a few gamers if they thought that games were being rushed out with an insufficient amount of quality assurance, and got some pretty good responses. Interestingly, they all seem to have a centralized theme: money.

Tom M. “Probably. But in this day it’s cheaper for devs to cut down on the QA and just patch the game after release.”

Elric O. “I believe they are being too quickly released. It’s all about that bottom line and maintaining that release schedule to maximize profits. I guess, to them, as long its good enough, they know they can release patches and updates after the fact. We are the new testers basically.”

Brook H. “Absolutely. And it’s not a recent issue, either. It’s been going on for over a decade. 2004’s KotOR II, 2009’s Brutal Legend, 2011’s SWtOR, 2012’s Mass Effect 3, 2016’s No Man’s Sky… all attempts by their companies to get their stuff out first (and in time for buying holidays) at the cost of quality. They’re just like the modern media, who just want to be the first in print regardless of checking sources or context. Unfinished stories, rushed endings, bugs and glitches, etc. All because they wanted that extra dollar. It’s a sad testament to our “buy-buy-buy, me-me-me” society that they continue to do it, too. Quantity over quality, immediate self-gratification. Video games have become like the Golden Corral, you keep stuffing yourself on inferior food and wonder why it’s not that satisfying later.”

Shay A: “Why fix bugs if you’re 25% through your revenue goal because of pre-orders?”

George P: “This isn’t just the gaming industry. QA is difficult and companies tend to lean toward ‘Why do we need you if we will still have bugs at launch?’ instead of trying to figure out why bugs were missed.”

Joe A: “The producer and executives make the call. QA gets the shaft 99% of the time. If it passes certification on a console, ship it. If it has problems, or the possibility, embargo reviews. So much gets put in half-assed at the last minute these days, that odds are QA didn’t have a good chance to feel confident about it. As long as pre orders happen with promises of DLC and season passes, they won’t delay a release, otherwise people might cancel the pre order.” 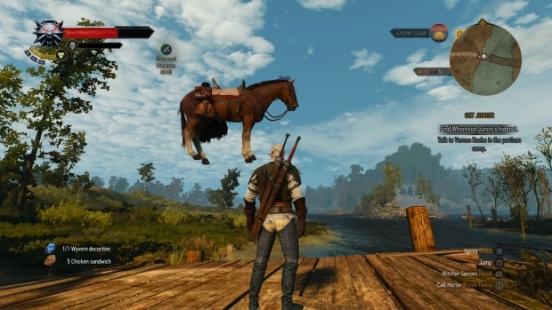 Even The Witcher 3 had its glitchy bits

Developers, take note: We gamers understand that you’re concerned about your respective bottom lines. However, PLEASE take a bit more time with your quality assurance, process. You have QA people. We know you do. You list their names in your game credits (yes, we actually read those). Take advantage of their skill set, and listen to what they have to say. Gamers will appreciate it more if you release a fleshed-out, bug-free (or bug-minimal, at least) title a little later than anticipated, vs. a glitchy game that needs patching on day one.

Sure, we all know that patches are a thing that exist, now that gamers can connect their consoles to a stable internet connection. However, wouldn’t it be grand if we didn’t have to worry about the next patch or bug fix? Additionally, it would make sense that, if developers focused on getting titles out properly the first time, they could be free to work on other projects & keep…you know…developing, rather than fixing.