After 5 years, we finally get a new Mass Effect for current gen systems. But, is it the Mass Effect game that we were hoping for?

Mass Effect: Andromeda is not only the first new game after the main trilogy, but the first ME title on current gen consoles. Mass Effect Andromeda brings forth a new story, with new characters, in a new part of the universe. With the last game ending the way it did,  the break from the original was definitely needed.

Your Ryder may vary

The premise of Mass Effect Andromeda is that a group of humans and aliens have decided to leave the Milky Way and travel to…of course…Andromeda. There were seed worlds that they were hoping to reach in order to restart sentient life in that galaxy. Upon arrival 600 years later, things go sideways for the new settlers. A new alien threat called the Kett threaten their survival,  The ship carrying them has been critically damaged, and the station that was supposed to be the rally point, has been mostly abandoned . it’s up to your created character, Ryder, to step up and lead the settlers to finding a new home world.

While this is supposedly a new story, many elements very early on feel derived from Bioware’s last opus in Dragon Age: Inquisition. They range from the imminent disaster that is causing settlers to relocate, the young warrior who must step up to become Pathfinder, and of course the other leaders who do not recognize her (yes I am using a FemRyder) authority.  While many of these story elements feel well-trod, it works. The Mass Effect series has always been about the universe being on the brink of disaster, so nothing is different here. Even control-wise, players of past Bioware efforts will feel right at home playing through the game. 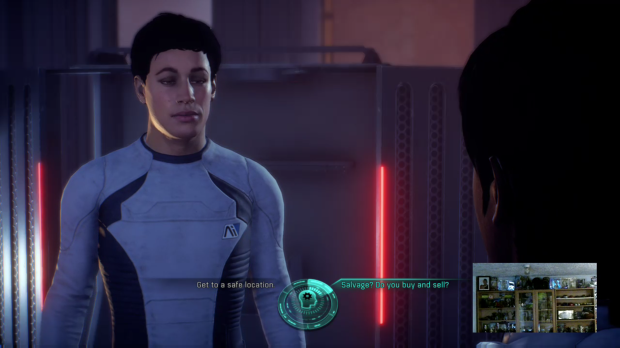 You can still get some mileage out of the dialogue tree

One of the biggest differences in this Mass Effect game is that it seems like it’s more open than in past years. Many times, players will find an abundance of side quests to keep them busy before they decide to hit the major quests. The question, however, is: how many of these side quests are really just a waste of time?  Also, are there really any hard choices in the game that will change the story? We’ll answer those for you in our upcoming final review of this game. 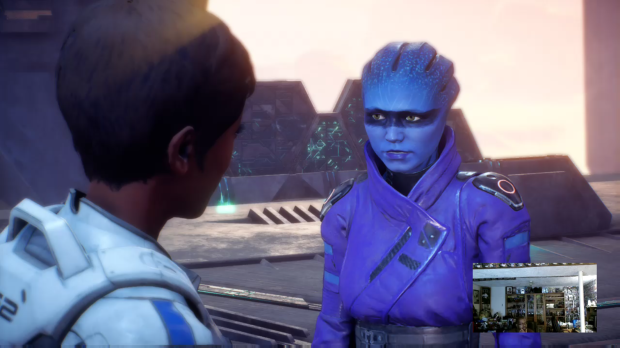 While I did enjoy most of the early story as it was revealed, my biggest gripe has been the overall graphics performance in the game. I’ll note that I have been playing the EA Access version, but generally, the EA Access games are a glimpse of the final versions of the game days before release. That being said, the facial models of the games are just bad. I am shocked, with the fact that EA had five years and plenty of time to build this game on current gen consoles, that the facial renderings look similar to the last game that dropped in 2012. In this day and age where we have gotten beautifully rendered games such as the Witcher 3, Horizon Zero Dawn and so many others, it’s a shame that the character renders in this game are all over the place and looks so last gen. The alien worlds and even your space station, on the other hand are mostly gorgeous to look at. However, similar to Dragon Age: Inquisition, I do wish that the landscapes weren’t so static and had a day/night cycle to them. 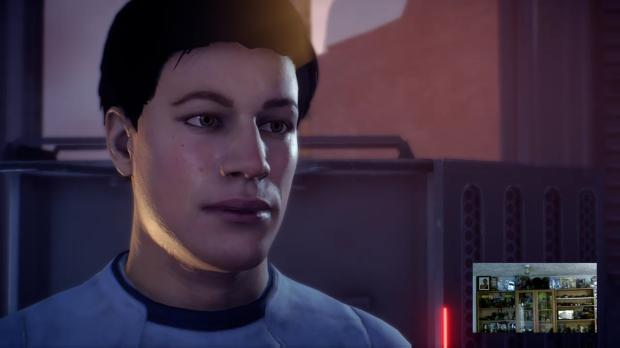 I will save the rest for our review but I have to say that Mass Effect fans may enjoy this game. If they can get past the uneven graphics, it feels like that there is an enjoyable game underneath it all. However, this may be a pass for me until BioWare sorts out that particular issue. Besides, it’s rather hard to get into now, when Horizon Zero Dawn is still firmly entrenched on my plate.

(Author’s Note: This game was played via EA Access on the Xbox One)