…y’all need to read a book.

(WARNING: The following contains spoilers for the Star Wars: the Rise of Skywalker! If you haven’t seen the film, we recommend watching it before reading this article.)

By now, you’ve probably read multiple reviews condemning Star Wars: Episode IX as one of the worst in the series. As of this article, it’s ranging around the 50th percentile with critics (although higher with audiences).

My social media feed is littered with people who loathe the movie, nitpicking every decision, and condemning the entire Disney-era. Even here at PCU, our team has been divided, with some substantial critiques.

Although there are reasonable criticisms about the movie, I’m here to emphasize that many (and probably the majority) liked it. Whether you’re a casual audience member or a die-hard fan willing to overlook the flaws, Rise of Skywalker gave us precisely what we needed (if not wanted).

Instead of writing a review of my own, however, I want to counter some of the critiques I think are complete bullshit.

“The return of Palpatine, and Rey’s heritage, was garbage and forced.”

The following conversation is how I see these “fans.”

<Fans> “We hated the Prequels – we want to return to the way Star Wars was!”

<Disney> “Okay, here’s The Force Awakens, with all the familiar effects and beats.”

<Fans> “No! We didn’t want a rehash of the first movie! We want something different!”

<Fans> “No! We hated what you did to our characters! We want something more like the old Expanded Universe!”

<Disney> “No problem, here’s The Rise of Skywalker, with plot points ripped straight from the EU/Legends.”

Let’s face it – everything about Palpatine’s return, the rise of a secret Sith/Empire fleet, use of a descendant to take over, has been Star Wars since the 1990s. All of those plot points were familiar to long-time Expanded Universe (EU) readers, and “fans” who think differently are the ones who ‘don’t know’ the franchise.

Could it have been done better and less rushed? I agree as I think they crammed a lot into their 2.5-hour timeline. To many of us, however, this entire story is one we’ve been expecting (and enjoyed) for decades. 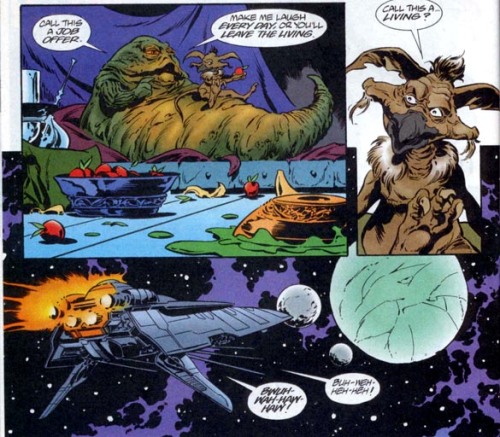 “All the new characters were two-dimensional and might as well be unnamed!”

First of all, Boba Fett had four lines and a Wilhelm Scream across two movies. Despite that fact, you all have been sweating his nuts for almost forty years, even after it turned out he was a clone and not a Mandalorian.

Second, don’t talk to me about two-dimensional background characters when they’ve been giving names (and backstories) to random extras since the ’70s. Be happy characters like Jannah and Zorii Bliss got as much attention as they did.

Maybe they could have given more backstory, but the movie was already accused of having “too much.” So, in a few years, you’ll hopefully get comics and novels fleshing them out as we did for Wedge Antilles or any of the bounty hunters in Episode V.

“We’re tired of superweapons! Everything is a Death Star rip-off!”

You’re right – there are way too many superweapons, and everything is a Death Star rip-off.

Once more, however, any die-hard Star Wars fan has been seeing this repeated story since the 1980s. With no new material from Lucas, the EU produced World Devastators, Sun Crushers, Mass Shadow Generators, etc., meaning there have been threats of a superweapon from the Old Republic to the New.

The trope of a fleet of world-destroying threats has been as typical of Star Wars as a Jedi-Sith conflict or bounty hunters and carbonite freezing. It would have been nice to see a different type of superweapon, like the Star Forge or Yo’gand’s Core, but it wasn’t unexpected or boring. 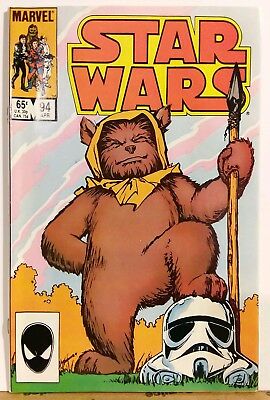 “The tactics were ridiculous! Fleets arranged in hours? Horses riding on Star Destroyers? The enemy relying on a single weak point? Who wrote this nonsense!”

I’m sorry, do we not remember The Return of the Jedi? Stone-aged teddy bears defeating the most high-tech forces in the galaxy? The protection of the Death Star by a single shield generator separate from any Imperial base?

Or what about The Phantom Menace? An aquatic species held their own (on land!) against a droid army armed with catapults and atlatls, an 8-year-old outflew seasoned pilots, and the enemy’s forces were taken out by destroying a single ship.

Let’s face it – Star Wars has been full of ridiculous, over-the-top moments and plot points since the beginning. Not only was Lando’s massive fleet and Finn’s equestrian attack plan minor, but they both also were plausible.

At least, a lot more explainable than getting an entire fleet (and army) past Geonosis’ sensors and defenses, and a bunch of Jedi into a full stadium unnoticed. 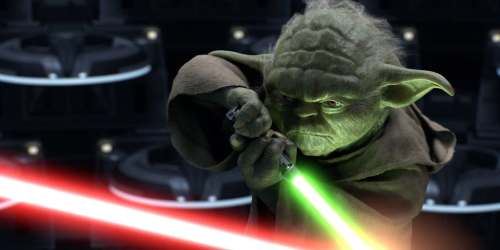 “Rey defeating Palpatine with lightsabers and lightning is not the Jedi way! She should have thrown her weapons down and defeated him with the Light!”

So, now the Jedi are supposed to be pacifists who fight everything with love and hugs? Except for when:

Or numerous other examples of Jedi using violence to stop dangerous individuals and threats. As far as the movies are concerned, the only time non-violence was the answer to a Sith (or their ally) was Luke’s situation.

That was also a unique problem because he was giving into anger and trying to commit patricide, which is why the answer was to throw down his weapon. Otherwise, Luke had killed numerous people after Jedi training and was even using “Dark Side” powers like Force Choke.

The Jedi are peace-keepers and warrior sages, not Care Bears. Rey’s defeat of Palpatine mirrored what Mace Windu was doing before Anakin interrupted, and he died from his own hubris not her own anger.

“There’s something ‘off’ about the new films! They’re not coherent or connected!”

I’ll admit, the different direction, script, and styles of Abrams and Johnson do add a disconnect between the three films. Then again, critics said the same thing about The Empire Strikes Back, with its dark overtones, nonsensical (at the time) twist, and depressing ending.

Although Lucas created the story for the original trilogy, he was neither the sole director nor screenwriter. People like to think the OT was one coherent vision of Lucas, but that honor falls solely on the (previously maligned) prequels – the OT was just as much Brackett, Kershner, Kasdan, and Marquand as it was Lucas.

Also, if anyone thinks Lucas had everything planned out from the beginning, I have three words for you: Leia kisses Luke.

Lucas had no plans for Darth Vader to be Luke’s father, even when he started writing Episode V, and there was no intent that Leia was his sister. These plot points were written later, and there are as many holes within the OT as the prequels.

The disconnect between Abrams’ and Johnson’s episodes seem par for the course for the Star Wars universe.

Let’s face it – much of these criticisms show romanticized ignorance of the franchise at best, and outright hypocrisy (from those who hate anything new) at worst.

Star Wars has always been a space opera full of ridiculous plots, two-dimensional characters, and violent conflict between the forces of Light and Dark. Everything done in The Rise of Skywalker (and the new trilogy) isn’t that different from before, and it mirrors tropes and stories that have existed for decades.

Was it a perfect film? Absolutely not, but then neither were any of the others, excepting perhaps Episode V.

Was it an enjoyable film that embodied the Star Wars universe? As a die-hard fan since I was a toddler dragged to the original 1977 screening, I wholeheartedly give my support for Episode IX.

May the Force be with you, and beware the Dark Side of the Internet.