Needless to say, “spoilers below.”

Having seen Solo early, I’m laying odds that the droid L3-37 is going to be the breakout character of the movie. She–yeah, she–is a very different kind of droid: a female personality, a rugged individualist and droid abolitionist, and very persuasive in her mannerisms. When Lando tells her to improvise, she launches a droid revolution in the mines of Kessel. This is a very different take on droids who, in the nine previous Star Wars movies to date, have been presented as property with personality. 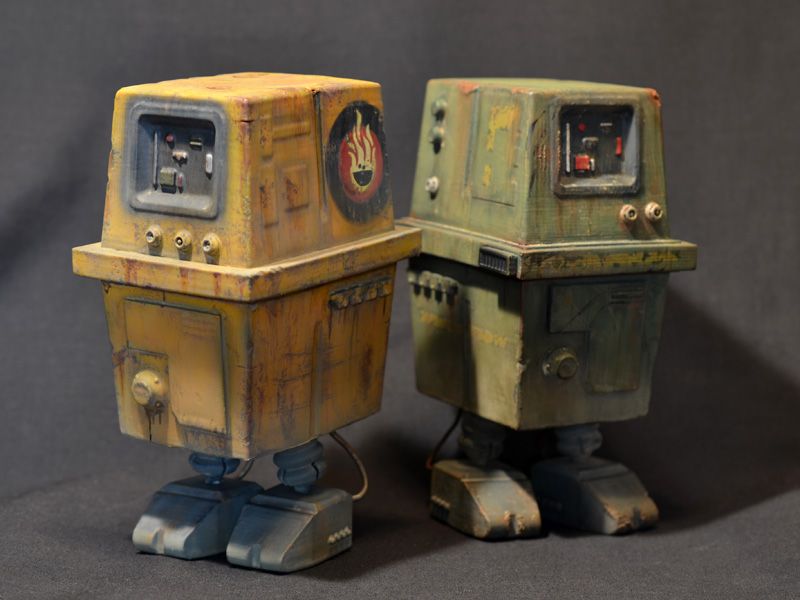 And maybe that’s fair, maybe it’s not. The films haven’t really made an in-depth exploration of the nature of droids, and whether they’re “real” or just very convincing computer programs. The expanded materials have toyed with this, questioning whether droids are any less “real” than the sentients who own them. The films, largely, have not, and the mind of a droid has never really been explored. C-3P0 is grudgingly content with his “lot in life,” while K-2SO was pretty much loyal to whichever side of the fight programmed him. It’s hard to tell where R2-D2 and BB-8 fall: with their intentionally limited language, they often come off like pets (even if Luke and Rey are willing to treat them with dignity).

But Lando’s personal droid, L3–man, she’s different. She’s the first droid to really explore consciousness and whether the life of a droid can have meaning outside of the status of property. Does she have a soul? That’s hard to say, as Star Wars has never really explored the metaphysics of droid existence. But she sure acts like it, particularly in the shock revelation that she’s got a romantic pining for Lando. We may never know if droid-to-sentient relations are either possible or ethical–but maybe Marvel’s Vision and Scarlet Witch pairing gives us hope that there might be, even if the Vision looks a lot more human than a typical droid. So, here’s where Solo gets weird. (SPOILERS!) In the film’s critical moments, L3 is badly damaged and effectively “dies” in Lando’s arms. This is shortly before the Millennium Falcon is caught in the Kessel Run and needs to make a quick escape. The team realizes that L3 has a navigational map in her brain, so they download her memory into the Falcon and the ship is able to make a quick escape. Lando, in a flash of hope, chimes in: “She’s a part of the ship now.”

I mean, this is briefly cute, in that L3 is a great character and her last act is to literally become a part of the most famous ship in the Star Wars saga. Except…that this moment is very quickly forgotten, is never brought up again, and the Falcon has at least 40 more years of history to it where this is a complete non-issue (mostly because this is a retcon, but still).

So, this is exceedingly weird. First, what? It’s a little hard to figure out what to make of this. Is this like an organ transplant, where something like L3’s heart or lungs have been put into the Falcon? It’s hard to read it that way: this is L3’s navigational system, which makes it sound more like her mind is now in the Falcon. That’s a pretty big flipping deal, and yet it’s summarily ignored for the rest of the movie, let alone the franchise. This is…kind of the droid equivalent of taking your friend’s dead body, turning it into a boat, and putting around the ocean in it. Maybe it works, but its exceedingly weird if you stop to think about it for a minute. (Seriously, Daniel Radcliffe was in a whole movie about this idea.) Particularly if your friend’s body isn’t quite dead, and his consciousness is still running on some level while you’re out playing skipper with her.

But, moreover, there’s a weird, sick irony to the decision to basically make L3 into the Millennium Falcon. Prior to her death, L3’s whole schtick is about freedom and individuality for droids. She’s essentially a droid abolitionist, disgusted by the notion that her kind isn’t created equal. So to have her final fate be that she’s reduced, once again, to property, carting people around at their direction and easily changing hands in a sabacc game–well, that’s pretty disrespectful to the core of her character.

I wouldn’t rule out L3-37’s sacrifice and incorporation into the Falcon as being out of the question, but the way the film handled it was very weird. One minute she’s rebelling against being property; the next, she is property. If the film’s producers had given more thought to this, it could have been portrayed well. In practice, the execution was very poor, and we’re left with the understanding that L3 is a disposable pile of parts only. Maybe future Solo films will do better with this issue, but at the moment, it’s pretty shoddy treatment of the character.