Needless to say, spoilers ahead.

I’ve previously complained that Solo: A Star Wars Story is a very “vanilla” entry in the new Disney movies. Neither good nor bad, Solo just goes in there and tells exactly the story it needs to tell, with one exception. The last few minutes of the movie have a surprise moment which is guaranteed to be the takeaway point from the film. And it’s neat, until you realize what it means for the overall saga.

Turns out that the mastermind of Crimson Dawn, the criminal organization led by the film’s villain, Dryden Vos, is actually…

(Insert “Duel of the Fates” flourish)

This is going to be a stunner for some, and an “oh, ok, wow” for the rest of us who have been following canon. Star Wars loyalists are completely aware that Maul—seemingly killed at the end of 1999’s The Phantom Menace—turned up alive in the Clone Wars cartoon series. Turned out he’d survived bisection, obtained some new robotic legs, and teamed up with his brother, Savage Oppress, to cause their own little chunk of chaos in the galaxy. This included taking over the criminal organization Black Sun (gee, that name is familiar) and the planet Mandalore. This lasted for a few seasons of Clone Wars, until Palpatine caught up with his own apprentice, killed Oppress, and took Maul into custody.

Maul’s story got a bit goofy from there, thanks to the abrupt end of Clone Wars. Maul’s story was developed a little further in Darth Maul: Son of Dathomir, a comic which adapted the unaired episodes of Clone Wars which had Maul escape Palpatine and lose control of Dathmoir. We don’t really know what Maul did in the intervening years, but he later turned up on Star Wars Rebels a few years before A New Hope. Maul attempted to seize some ancient Sith weaponry, failed to make Ezra Bridger into his apprentice, and was ultimately killed on Tatooine when he tried to get revenge on Obi-Wan Kenobi. So, Maul’s story mercifully ended about a year before A New Hope in some unmarked grave. 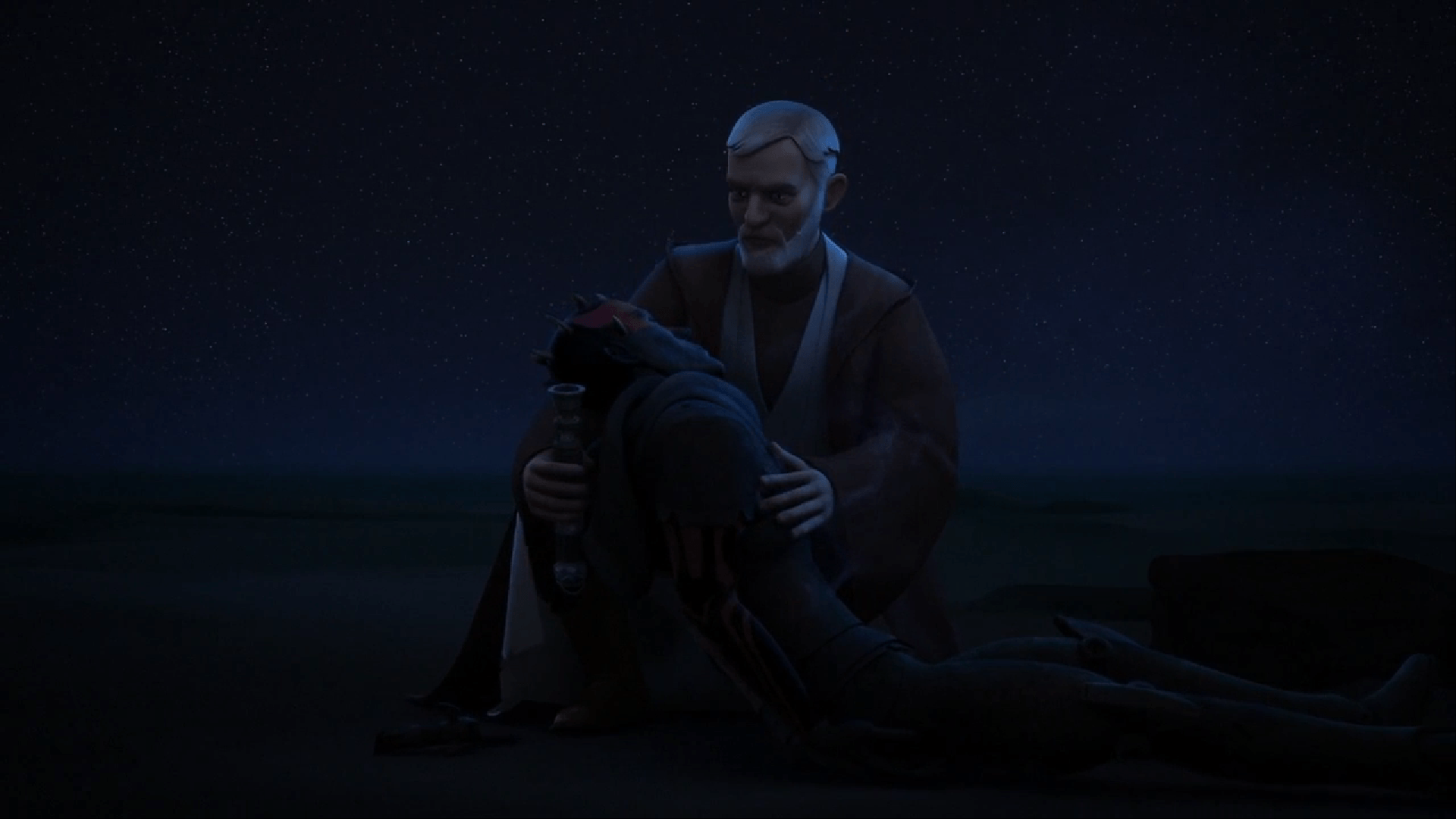 “Better leave this where Ron Howard can’t find it.”

Which means that the dramatic reveal of Maul’s role in Solo is really goofy.

Let’s put it this way: the Star Wars movies are really the driver of the entire canon. Despite the creators’ insistence that everything is “one canon” now, the movies are always going to come first. This is very manifest in the fact that a lot of storytelling is very much in response to what the films have done, and not in conjunction with them. So, for example, Rebels did a lot of Rogue One oriented episodes…but these all aired after Rogue One was released. It would be incredibly bad form if the movies had to bow to the cartoons, or if film audiences were expected to watch a cartoon or read a novel or comic in order to get the full picture of the movie. Star Wars has just never operated like that.

So, here’s the problem: the vast majority of people seeing Solo probably have not given a hoot about Clone Wars or the books or comics. At my screening of Solo, people genuinely walked out of the movie surprised that Maul appeared, because they thought he was dead. They had no awareness that Maul had already been resurrected a decade ago. That might be ignorant on their part, but it also illustrates that deep Star Wars fandom is a much tighter circle than you’d previously realized. (Here’s an article from a few days ago insisting that a Maul appearance in Solo makes no sense.)

The movies are the “big picture” of Star Wars. Everything else—the comics, the TV shows, the novels—really just flesh out the story for people who want more. Maul’s cameo now potentially forces audiences to have to go see more material to understand this thing.

Really, Solo has forced Star Wars into one of two positions. One: force audiences to go view the expanded material. It’s essentially saying: hey, if you thought Maul’s appearance was cool, you should go back and watch a cartoon from a decade ago to see how it happened, and another cartoon that just ended to see how Maul died. Yes, Solo just made audiences aware that a major character didn’t die…and then they’re going to find out that he did die, somewhere else, in a cartoon they probably won’t bother watching. 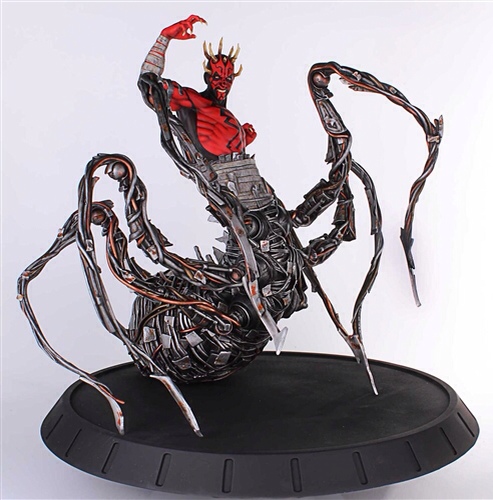 A balanced education should include learning about Maul’s spider-legs.  (This is canon, people.)

The other option is this: bring Maul back for future movies, such as potential Solo sequels, and develop his character further…but then cut against the canon. Bringing Maul back doesn’t make sense unless you plan to finalize his story in the movies. However, this will literally require the Star Wars producers to de-canonize Maul’s storyline from Rebels. That’s going to be tough, since one of Maul’s appearances was on an extremely critical episode which defined the show. The films could do everything short of killing Maul on-screen…but that might make for a very unsatisfying resolution to his story vis-à-vis them films.

This is something I’ve worried about for awhile: that the “new canon” would only last so long as the film developers would let it. The old Expanded Universe had plenty of freedom as long as it was the sole keeper of the Star Wars story. Stuff started to bend when the prequel films came along. Stuff utterly broke when Clone Wars came along—the version of the war in the cartoons was very, very different from the original Clone Wars multimedia project which ran between 2002 and 2005, with certain stories being blatantly overwritten. Fans were basically told to suck it up and accept an ongoing decanonization.

Maybe I’m wrong here and Maul’s appearance is going to be limited to a quick cameo and that’s it, and there will be no future conflict with Rebels. Somehow, I don’t think that will be the case. I worry that a future producer will want, say, for Han Solo to deliver the killing blow to Maul in a future sequel, and the contradiction with Rebels will be damned, because that’s just a kid’s show which doesn’t matter. Teasing Maul in a movie screams that he has to appear in another one.

As with all things, let’s see how this plays out—but I’m worried.