We get spoiler-heavy below, so back off now if you haven’t watched the episode.

So, Darth Maul finally bites it in this episode, and it’s…kind of pathetic? It’s kind of hard to go into an episode like this where everyone wants it to be high-stakes: two adversaries finally confront each other after decades, Luke Skywalker’s future is in jeopardy, old Clone Wars threads are supposed to be wrapped up. And yet, we also know going into this that Luke and Obi-Wan will be perfectly fine and that the only options for Maul are to either kill him here or let him run around for yet another season. There is literally nothing else to do with the character. 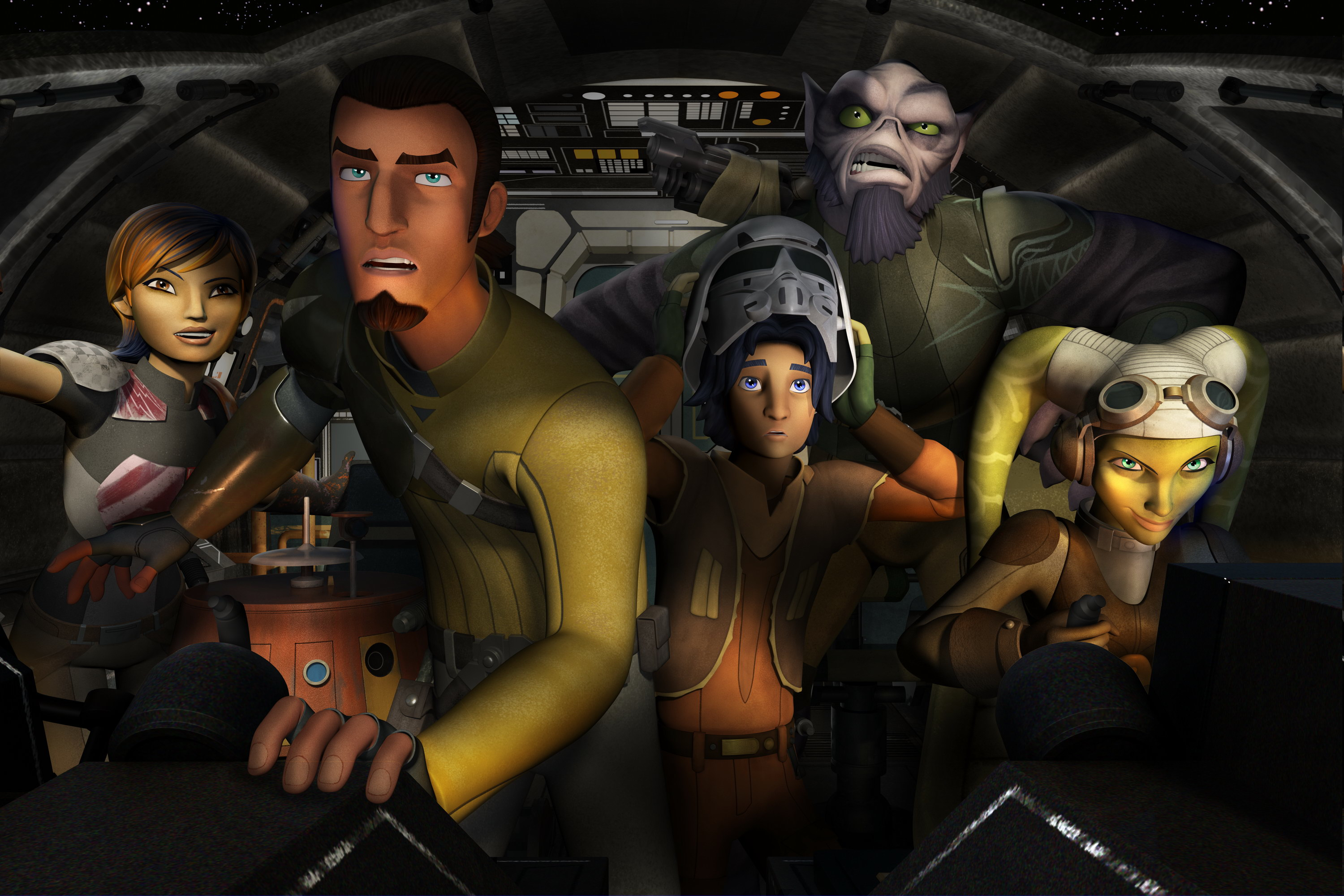 This is not Maul’s first death, either. Aside from his ostensible death in The Phantom Menace–bisection being hard to come back from–the defunct expanded universe kept finding cute ways to bring the character back. Among other things, he was apparently cloned and had his brain preserved in a jar (this happened). In one very memorable story, Maul turned up alive on Tatooine and attempted to kill a young Luke, with Obi-Wan coming to his rescue. That story, “Old Wounds,” inspired Maul’s cyborg appearance on Clone Wars and at least gets a nod in a line of dialogue in this episode.

Still, for all its silliness, “Old Wounds” was arguably a much better story than “Twin Suns” in terms of a final Obi-Wan/Maul showdown. Both stories show Maul as obsessed with exacting a final revenge on Obi-Wan, though Maul is much more aware of Luke and what he represents in the original. Here, Maul continues to be a madman with nothing left to enjoy but empty revenge. His awareness of Luke tonight is brushed upon, but only in his final moments. It raises the stakes, but just barely. And while Maul’s death in “Old Wounds” was a decisive shot from Owen Lars at a critical moment in the fight, here, it’s just Obi-Wan with a singular stab, and that’s it. (Fans who were hoping Uncle Owen would get that critical moment again will be disappointed.) There is a final, almost touching exchange between Maul and Kenobi, although Maul’s final line–“He (Luke) will avenge us both!” could be interpreted as a final stab back, reminding Obi-Wan that his time is short as well.

“Twin Suns” may at least serve as Star Wars‘ apology for bringing Maul back and unnecessarily extending his story. We’ve gotten some good Maul episodes, sure, but he’s also been a distraction from Rebels as an independent source of Star Wars stories. As I’ve said before, a good chunk of this show has been devoted to wrapping up old Clone Wars plots. By my count, Maul’s unfinished story seems to be the last of these. Hera has reconciled with her father, Sabine has made the Mandalorian story her own, and Rex seems to be recovering from his Clone Wars-induced PTSD.

I should note that despite everything I’ve written above, the Obi-Wan/Maul fight is maybe two minutes of the episode. The episode trailers have already given you half of the fight. The rest of it is a reminder that Ezra is once again being sidetracked into yet another of Maul’s traps, and even Kanan points out that everytime you do what Maul wants, things turn out worse. The Rebels are getting ready for their assault on Lothal–assumedly next week’s big season finale–but no, Ezra hears Maul calling him again and is convinced that he has to solve the riddle that Obi-Wan is the solution to destroying the Sith.

Which he is, but that’s not Ezra’s business right now. The brief meeting between Obi-Wan and Ezra is, frankly, a far more productive chunk of the episode than the final fight. Obi-Wan reminds Ezra that both of them have their own stories to fulfill and that, regardless of the Holocron’s message, Ezra may just be interpreting it to mean what he wants it to. This may be obfuscation on Obi-Wan’s part, trying to minimize the number of people who know about Luke’s presence on Tatooine–but it’s also true. Ezra has his own story, and he needs to get back to it.

(Incidentally, Obi-Wan is voiced by Stephen Stanton, rather than Clone Wars’ James Arnold Taylor, who is used in the holocron footage of Obi-Wan’s voice. Mind you, Stanton does a great job channeling his best Alec Guinness…though it is funny that Rebels didn’t dredge up Taylor or even Ewan McGregor.)

So, “Twin Suns” is an episode that happened. It’s not horrifyingly bad, but neither is it a literary masterpiece. It’s a reminder that Maul has been a frustrating, shambling corpse that needed to be laid to rest back in 1999. He is, and it’s touching in it’s own way, but let’s get back to the war with Thrawn.

Rating: Three horns out of five.