Many of us have been waiting for a good while for the new season of Black Mirror. For the uninitiated, Black Mirror is a series that blends the Twilight Zone with modern and future technology. Some of the episodes are laughable, while some are truly terrifying. There are also a rare few that will keep you up at night questioning where humanity is headed.

Now we’ve got a new addition. It’s not a new season, per se, but something quite different. Enter Black Mirror: Bandersnatch.

Set in 1984, when PC gaming was still in its infancy, this film is the story of a young programmer named Stefan. Hoping to create a video game from his favorite ‘Choose Your Own Adventure’ book (remember those?) known as Bandersnatch, Stefan hasn’t counted on how much of a hole he has gotten himself into by trying to create this love letter to these books.

While the story itself is a bit of a slow-starter, the real hook for Bandersnatch is how meta things get. The show allows viewers to direct Stefan toward multiple endings, just like the books on which he wants to base his game. It’s worth noting that most Black Mirror stories are set in the future, but this one is set in 1984 — a callback to the classic George Orwell book, which makes us wonder: Is Big Brother watching? It’s in this way that Bandersnatch brings up the question of the existence of free will. 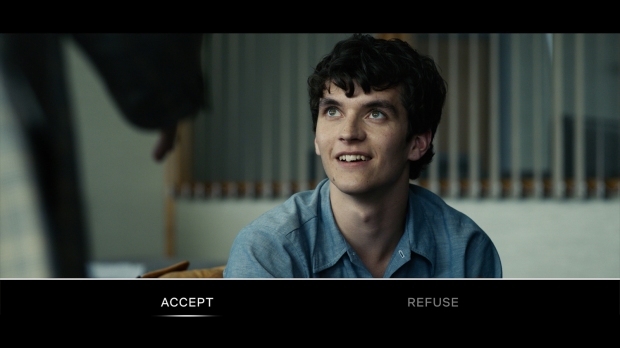 Life is about choices. But do we really have them?

As you watch this film and work your way through its multiple choices, consider this: As you control the story that you are watching, is it not ironic that you’re monitoring and controlling a character, while Netflix itself is tracking your choices? It is a clear metaphor for how a number of companies track our viewing/spending/surfing/etc habits. Just think: early on in the movie, you get to pick inconsequential things like food and music choices. By the end, however, you are making life and death decisions. Where does that leave the allegory for real life?

Paranoid yet? Good. As much as Black Mirror has always been about the possibilities of what may happen in the future, this particular episode may be its most brilliant and simultaneously scariest episode yet. It combines the past with the present in a meta element that many of us may not have yet considered. When we look back at the past few years with accusations of social media tracking us, our electronic assistants (I am looking at you Siri and Alexa) monitoring us and listening to us, and the data breaches on Facebook this year, this show is hard to ignore. Remember the earlier 1984 reference?

On the flipside, it was really cool to see Netflix and the creators of Black Mirror pull off something that’s rarely been seen since Clue came out in 1985. Bandersnatch’s choices were really seamless. Even if you went back and chose differing paths, the scenes went pretty well together, and felt smooth. This is really a testament to the skill of the filmmakers, as they were able to pull together one film with so many different endings.

If you don’t mind the bit of paranoia that may come with watching Black Mirror: Bandersnatch, give it a shot. Hell, bring a few friends over to fight over choices. As for me, I’m of two minds: on one hand, I would like to see more shows like this. On the other, it still scares me to think about how much behind-the-scenes monitoring will come with it. So, if it becomes too much for you, just turn the TV off and go grab a copy of Dungeons of Dread.