DISCLAIMER: There will be some kind of spoiler but they are folktale hinty kind of spoilers so if you do or did some digging like I have, you knew it was going to happen like it did.

I’m also going to use their warrior name/animal and not their actual names.

When you’ve been in the anime game for a long time, you know that sometimes the outcome of a series may not be what you want, but you appreciate and admire the journey that it took to get there. That’s how I can sum up my feelings for Juni Taisen: Zodiac War.

I’m going to try my best not to spoil it for you, but accidents happen and I will warn you before I do.

Juni Taisen is a 12 episode anime series that is about the 12 year war. Every 12 years, representatives from 12 families that represent the 12 animals from the Japanese zodiac come together to battle. Each warrior, as they are called, shows up to the designated location and swallow a poisonous gem that will slowly kill them over the course of 12 hours. The winner has to retrieve all the gems and the only way to do that is to kill your opponent and get it from their stomach. The winner gets the antidote to the poison and one wish granted. If it’s not clear by now, the war lasts 12 hours and is on December 12th.

You know the saying “life comes at you fast”? This saying applies to many anime series, Attack on Titan, Tokyo Ghoul, and now it applies to Juni Taisen.

The series starts off with a premature death committed by Rabbit and it proves to be a huge advantage for him later as the killing goes along. Each warrior has their own fighting style and various talents that they were trained at. You also learn about what special power or “ability” each warrior possesses. Some of the warriors have a talent or ability that plays off of the animal they are; Rooster, for example, could control birds and use them as her eyes and weapon.  The structure of the series is very interesting and well planned out. Each episode starts off with a short backstory of whatever character they are focusing on, so you learn how they became warriors or what they had to do to get there. There are some exceptions to that rule like Ox, Rabbit, and Rat (sort of), but for the most part you get some progress and story on the warriors. Each warrior, minus Rat, had a story about how they’ve trained intensively and even entered battles and wars to complete their training. Almost everyone, minus Monkey and Rat, were mercenaries and have body counts in the hundreds if not thousands. Monkey, however, had a different and unique count when compared to the other warriors.

Monkey was dubbed the pacifist of the group. She is more of a negotiator and peacemaker. She has negotiated and peacefully ended hundreds of wars and saved many lives. Naturally, her peaceful efforts got ruined by some warriors like Boar, but that’s just how things are. Even when the war officially started, she wanted to form a peaceful alliance so that things work out for everyone instead of the “senseless” killing. For those she came into contact with, she had the ability or natural talent to make an impression on them. It wasn’t necessarily her power, but it was who she was. She was able to reach past the surface level of people and impact their minds and hearts. You may not have taken her words seriously but deep down, her compassionate and honest way of being and speaking changed you somehow. In the few episodes that she was in, it was clear how she was able to end so many battles and save so many lies. She was an honest and brilliant soul.

Now, that we have made it this far, this is where the slight spoilers come in and it didn’t dawn on me that this was the case until the 10th or so episode when Ox gave his monologue to Rat. So if you don’t want to get spoiled, watch the anime and enjoy the mythology on Crunchyroll or Funimation. If you’re still here, let’s talk!

In the last episode, Ox was talking to Rat and made a reference about an ancient folktale that relates to the Chinese zodiac, The Great Race. In The Great Race, basically 12 animals race to the meeting with the Jade Emperor (the representative of the first God). He degreed that the years on the calendar will be named based on the order in which the animals arrive. Each of the 12 animals made their way to the meeting in various ways: either they did a good deed along the way, hitchhiked on another animal, or tricked their way along. The first to arrive was the Rat, who was given a ride by Ox. The last to arrive to the meeting was Pig (or Boar in the Japanese zodiac) because they ate some food and fell asleep. To avoid really spoiling it, but if you read about The Great Race and see the outcome in reverse, it makes a lot of sense to the series. The only part that gets kind of muddy is Snake and Dragon, but it still makes sense when you factor in Rabbit and his ability. 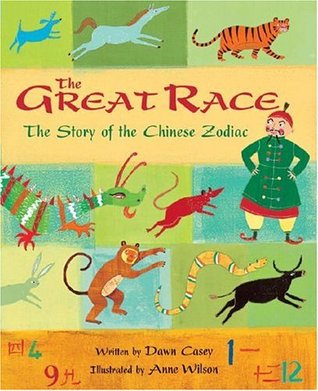 Juni Taisen is a prequel to the story, The One Wish That Must Be Granted, and the Ninety-Nine That Can Be Done Without; which was a one-shot manga. In the manga, it’s basically about the first animal to make it to the end of the race, which is Rat. The 12 year war was just a spin on a simple and amusing Chinese folktale. To me, its purpose was to show how the Rat won the race. Despite me preferring Monkey or Ox over him and wanting either of them to win the race, that is not how the folktale is setup. And I find that brilliant. I enjoy anime series that can merge their own ideas with folktales and myths. It’s a way of retelling an older story without making it horribly boring and keep its legacy going. Myths and legends only die when we stop talking about them and since we never do, they live forever. 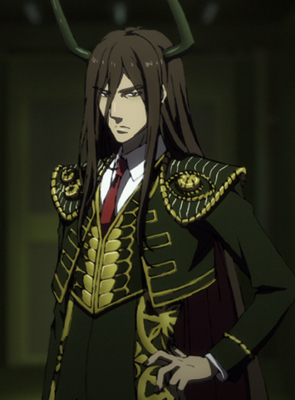 The only issue I had with this series is how obvious they made it seem like something was different about Rat. He never had any kind of character development or was involved in a real fight. He was just there to move the story along. He was barely seen and he came off as an angsty teen who had a lot of growing up to do. Looking back and knowing what his ability was, it makes sense why he laid low for the most part, but without context of that it was tiresome.  If you never knew about The Great Race and went into this anime series blind, the amount of hinting that was given that Rat was special or unique was a tad annoying and it almost ruined the storyline for me. In the first episode, everyone knew about each other due to running in the same mercenary circle, but no one knew about Rat. They only said they feel like they have seen him before, like déjà vu. Out of everyone who was there, he was the only one who never revealed his ability or he dodged the question if it was posed. To be less of a pain, I’ll say his ability was revealed at the very end. 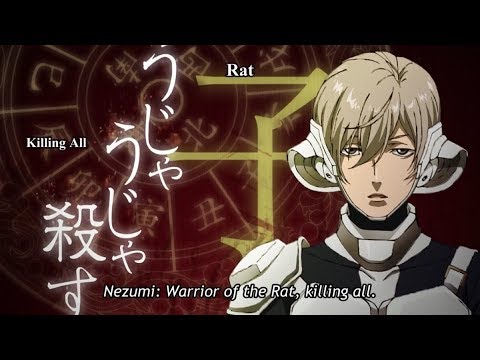 Overall, I enjoyed the series for what it was. The animation was nice, it wasn’t too gory, and the music for the opening and closing theme were PERFECT! Heck, the opening and closing animations were aesthetically pleasing, told a story on their own, and were iconic! I’m a folklore and mythology fanatic so I always enjoy rehashed legends and old tales, so Juni Taisen was a decent watch. All in all, take it literally at face value. It’s only 12 episodes. Give it a shot, it’s worth it!