The Star Wars people announced the inevitable new cartoon series to replace Rebels, and it sounds…adequate? Star Wars: Resistance has scant details available, but we know thus far that it’ll be about a young Resistance spy who’s running secret missions against the First Order in the era of the Sequel Trilogy. This is probably the logical next step in the Star Wars franchise, as the current generation is focused on the era of Rey, Finn, Poe, and Kylo Ren, so the best moneymaking option is to revolve the story around at least some of those characters.

This is all fine, but I have a bit of concern that Resistance will run into the same troubles as Clone Wars and Rebels and all other new canon material: it’s going to be enslaved to the films.

Let’s face it: there’s a certain hierarchy to the Star Wars canon, despite the declaration that it’s all one canon now. The films draw the most money and have the biggest exposure, probably followed by the television shows, and then the comics and novels. That’s just how it is: nobody at Disney/Lucas is going to want to tell a film director that they can’t use a certain character or have a certain event because a comic book did it first. The films are always going to take priority.

This becomes problematic in that the vast realm of Star Wars multimedia never ventures far past what any of the films are doing, if ever. Consider: Star Wars Rebels debuted in 2014, ahead of the new batch of films. Its events ran prior to Rogue One, yet the show couldn’t debut its Rogue One “prequel episode,” “Ghosts of Geonosis,” until a few weeks after Rogue One debuted. Both The Force Awakens and The Last Jedi had “feeder” novels–Before the Awakening and Cobalt Squadron–which bled directly into those movies, yet for some reason, weren’t allowed to be released until the day after the films came out. It’s not really clear why this happens, because nothing in these TV shows or novels or comics would have really spoiled anything meaningful in the films. 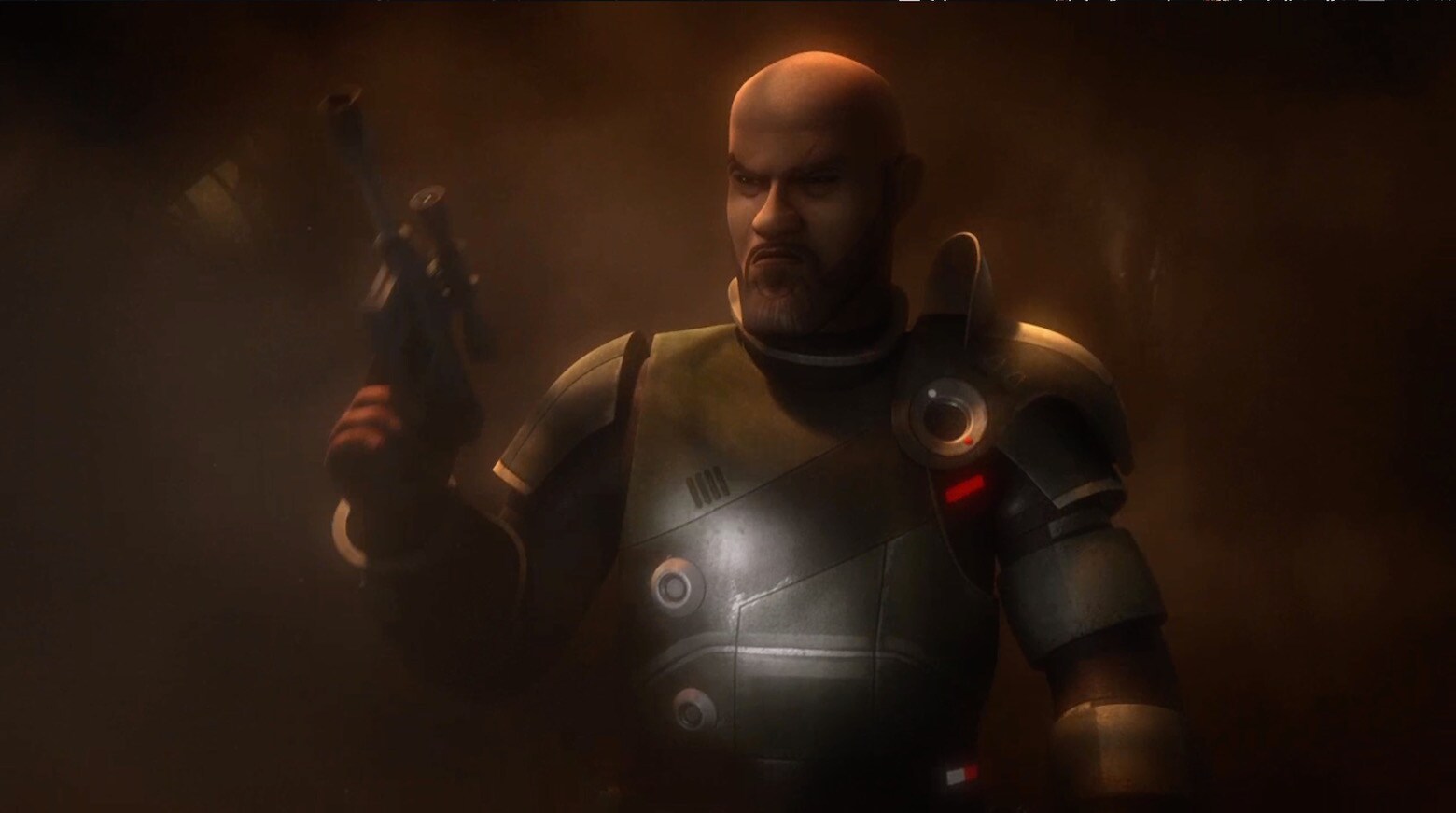 We knew what would become of Saw when he showed up on Rebels.

In the post-Disney purchase era, where Star Wars gives us glimpses of what’s to come, it’s short, brief, and insignificant. The Journey to The Force Awakens project, across several novels and comics, just gave us bits and drabs of the sequel era: a few Resistance pilots; some background aliens; Poe’s parents (Poe himself only being briefly mentioned). Journey to The Last Jedi probably did even less, giving us background on some of the aliens in Canto Bight and a little bit of info on Amilyn Holdo, who was written very differently from her film appearance.

None of this is wrong, and it’s how the Star Wars people have chosen to run the story. It’s just that there’s an observable static-ness to the story outside of the films. The non-film media is, out of necessity, trapped in a period that limits its unpredictability and originality: the audience can kind of figure out where everything is going to end up.

This problem has been heavily apparent in Marvel Comics’ Poe Dameron ongoing series, which is going to end up serving as Resistance‘s comic-book counterpart. Poe Dameron stars the eponymous hero in his adventures prior to The Force Awakens, and has been a decent enough read after 25 issues. It’s just that those first 25 issues are limited in scope and relatively low-risk. The initial five-issue arc concerned Poe’s quest to find Lor Tek Sanna, the guy who had the map to Luke Skywalker, which is where The Force Awakens began. That tone pretty much set a clock of necessity on the series: the book’s major characters like Poe, BB-8, the Resistance pilots, etc. couldn’t die or suffer any major harm; all they could do was propel towards the events of The Force Awakens.

Rebels was slightly less constrained in this problem, because it was largely dealing with an original cast. Still, as a show set in the few years before A New Hope, it couldn’t do much more than work towards the Battle of Yavin. The Ghost‘s appearance in Rogue One and Hera Syndulla’s repeated appearances in the saga’s later years limited the show’s options even further, and the fact that Luke Skywalker is the last Jedi meant that the Rebels was going to have to dispose of Kanan Jaruus and Ezra Bridger somehow before the end of the series. The show could shock us; it just couldn’t shock us a lot.

All this is to say that whatever Star Wars: Resistance will be, it’s still going to be butting up against a clock of the events of The Force Awakens. The current canon tells us that prior to that movie, the First Order was in a state of buildup, but all-out war between the First Order and the New Republic hadn’t happened yet. Starkiller Base’s destruction of Hosnian Prime was the seminal event of the sequel trilogy. So, everything in Resistance will be moving in that direction. Furthermore, any film characters who appear on the show–Poe, Phasma, and BB-8 are confirmed–are “safe” as long as the show is in pre-TFA territory.

This is fine, but it’s constraining. Here’s a suggestion: allow the show to actually work into a progression between The Last Jedi and Episode IX in 2019. Star Wars managed to actually use its Expanded Universe as a bridge between Attack of the Clones and Revenge of the Sith in the years between 2002 and 2005, and it worked well.

Here’s a great example: in mid-2004, Dark Horse published Star Wars: Republic #68, a single-issue story called “Armor.” Episode II had been out for awhile; Episode III was still a year off. Yet this issue introduced the Phase II Clone Trooper armor to the ongoing Clone Wars storyline. More chillingly, it had a specific Clone Trooper focusing on the nature of orders, and how they are to be obeyed directly and unquestioningly. As he put it: “Get the order and execute it.” In other words: “Armor” gave a prophetic look at Order 66 a whole year before Revenge of the Sith showed that scene. It wasn’t obvious at the time, but in retrospect, it was an amazing clue as to what was coming in the next movie. 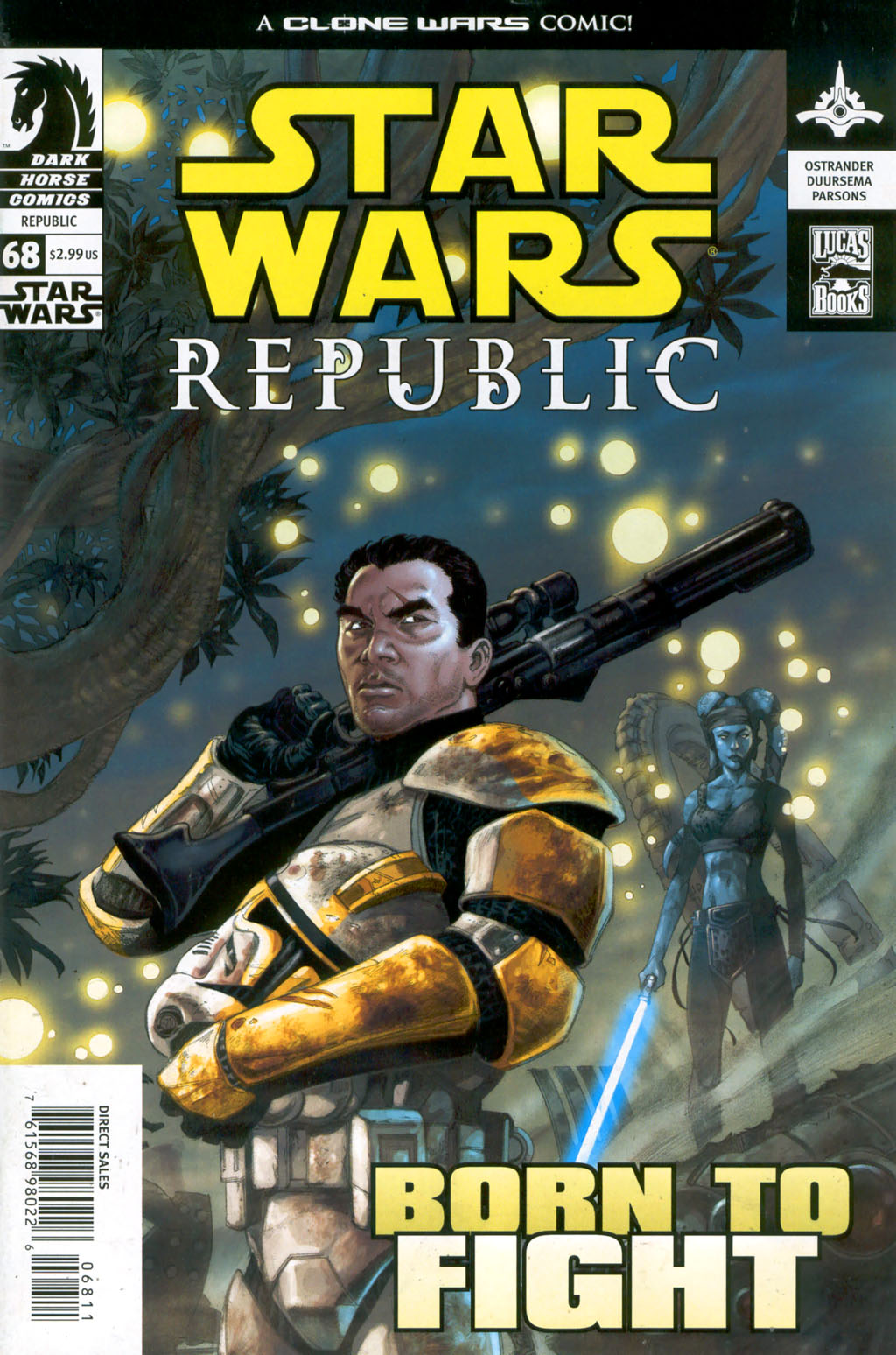 Order 66 debuts a year before ROTS.

The Clone Wars multimedia project, then ran between 2002 and 2005, served as a nice bridge between Episodes II and III and gave a sensation that the story between the films was really continuing. Jedi died, Palpatine plotted, General Grievous was introduced. By the time Revenge of the Sith came along, it felt like the story flowed straight into that last movie.

Of late, it feels like the Star Wars people are constraining the expanded universe within the parameters of the films, rather than letting them feed into each other. Characters and concepts appear only after the films have come out, sometimes even by only a matter of weeks. While the creators are at liberty to do this, it does prevent the material from being surprising when it’s finally read. It’s more of an after-the-fact, oh-that’s-cute moment.

If Resistance needs to spend its first year in the pre-Force Awakens period, introducing characters and having fun with the era, that’s probably fine. But if it sticks with a fall schedule, the show will be into its second year when Episode IX hits. This is a great opportunity for the show to move past the events of The Last Jedi and feed into whatever that final film will be. Maybe Resistance will be a great cartoon and even avoid some of Rebels‘ missteps. Let’s hope so, because we know we’ll all be watching it.

2 Comments on A Bit of Cautious Optimism on Star Wars: Resistance