Ok, so the new anime season has started and we are seeing the return of some older shows, some new shows and more. I already did a review for one of my anticipated shows earlier last week, so how did my others do? Read on and find out. 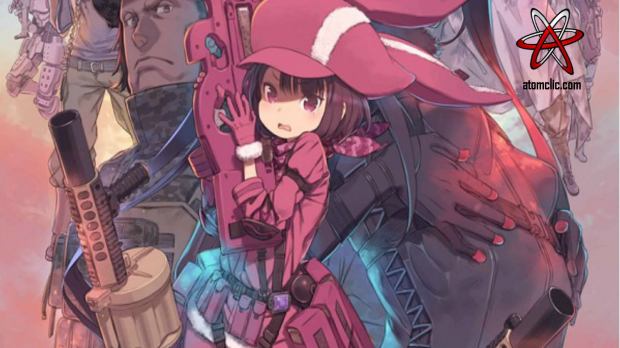 This series returns without Asuna or Kirito, but introduces us to Llenn and her partner, who then engage in a virtual Battle Royale called Squad Jam within the titular Gun Gale Online VR game. The opening seemed like it was a prelude to the actual series arc, as mostly what we saw was how Squad Jam played out in the game. We get a reveal of who Llenn is in real life at the end of the episode but nothing about who the antagonist is nor what the overall point will be.

So, the gang is all back for season three and truthfully speaking, your miles may vary with this first episode. After the heart-pounding finale of season two, it would have been cool to see season three start off with a bang. Instead, what we get is a recap episode of the past two seasons. Izuku Midorya and his classmates decide to to do some training over the summer which includes some swimming competitions that ends a little too soon. This sets the backdrop for the recaps. The overall episode was a lighthearted affair but maybe it could be the interlude that we may have before things get real with the League of Villains.

As far as both of these shows are concerned, the verdict is out on Sword Art Online as we are looking at a new character being introduced and no idea of the overall story line. As far as it’s known right now, there will be very little connection to the original series. I am a little more confident in My Hero Academia, because even though this episode was a recap show, there is little doubt that this season will be be as good as the last.

For something a little lighter, some may want to give this series a look. GBD is not your standard fare of Gundam shows that are set in far flung futures with war torn worlds and deep thinking politics. Instead it’s a show where middle school kids are building their own GunPla models and using them to battle them in virtual worlds. In a sense it’s like Disney Infinity with a touch of VR. The first episode was very cute and lighthearted with a gentle slope of world building involved. The best part is, early on you get to see some iconic Gundams that we all have seen over the decades in a different light and I suspect we will see more at the show progresses. This show may attract Gundam series and model builders alike and just may be a sleeper hit for the spring season.