Lawrie Brewster and Sarah Daly have now added the latest in their stunning horror films with The Black Gloves. A prequel (of sorts) to 2013’s Lord of Tears, Hex Media revisits the lore of the Owlman and the infamous mansion in the countryside.

Continuing his tradition of art meets horror, Brewster decided to film the movie in black and white. The result is a noir-horror experience that evokes some of the same feelings as Fritz Lang and Alfred Hitchcock.

Brewster’s choice to shoot in this style brings horror back to its roots. No need for gore, creepy effects or jump scares – The Black Gloves uses classic effects and story to chill you.

One of the best aspects of this film, in contrast to its predecessors, is the prevalence of internal shots. Whereas The Unkindness of Ravens was mostly shot outdoors, and Tears split its time between areas, much of the Black Gloves is spent within the halls of that iconic mansion.

Clever use of camera angles and lighting create a haunting atmosphere that rivals more expensive films. From breezes blowing curtains to figures in silhouette, I can only imagine the nightmares I’d have staying there.

Daly’s story gives a strong backbone to this film, a classic horror mystery that still surprises. The tale focuses on a psychologist, haunted by his former patient’s death and visions, as he looks for answers from a former prima ballerina who has suffered great horrors.

Told in a classic form, Daly’s script brings to life the madness of the two leads: the psychologist just starting his journey and the ballet instructor who’s long since been there. Add in the ballerina herself, caught in the middle of this psychological and supernatural thriller, and the result is riveting.

Of equal importance is Brewster’s direction, which creates visions and nightmare sequences that are almost Kubrickian in their genius. I particularly enjoyed one piece of imagery that made no sense until the end of the film, providing a moment of strange realization. 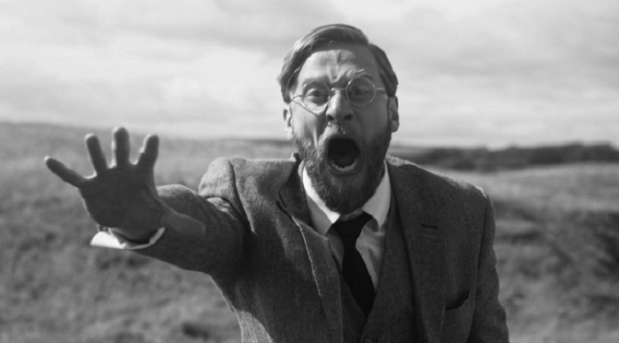 I continue to celebrate the wonder that is Jamie Scott Gordon, who portrays the psychologist, Finn Galloway. He brings such life, turmoil, and darkness to each of his roles and he carries these films, even when part of an ensemble.

Macarena Gómez is an excellent actor with a long list of accomplishments, but I had similar criticisms to those I had for Alexandra Hume in Lord of Tears. At times her melodramatic performance as the instructor, Lorena Velasco, pushes the limits (even for a noir film); yet, there are moments of brilliance, where she’s wonderfully disturbing and compelling.

In contrast, I felt Ms. Hume’s portrayal of the ballerina, Elisa Grey, reaches a new level. She conveys such emotion with few words, and when she speaks it adds gravity; even better is her dancing, particularly a disturbing sequence in the hallway towards the latter part of the film.

Brewster and Daly continue to produce fantastic films while never falling victim to the same tropes. Each of their movies stands apart as their own style, while still brilliantly marrying art and horror.

My only complaint is that Hex Media isn’t over here in America, so I can’t see their latest work until it’s already on disc and sent over.

If you’re reading this: please bring your filmmaking to the United States!

I give The Black Gloves a chilling 4 pliés out of 5.