Before I get started, let me be clear: I like Dungeons & Dragons.

I’ve played every version since AD&D 2nd Edition and even owned some hand-me-down copies of the 1st Edition and the boxed Basic sets. Although this wasn’t the game I cut my teeth on, D&D has been a staple of my gaming life.

I enjoy D&D, but to me, it’s the “fast food” of RPGs, the one everyone knows, can find games everywhere, and is easily done. Your mileage may vary, depending on the chain (edition) and location (gamemaster), but D&D is your basic game for mechanics, setting, and tropes.

Sadly, that also means you shouldn’t assume the game caters to all (or specific) tastes. Neither should most players expect a gourmet experience, although some people can work wonders with what they’re given.

Thus, this article in response to a recent question I saw: “Why do you play games other than D&D?”

My response is simple: “Sometimes I don’t feel like having fast food. Maybe I want Chinese, IHOP, or some awesome crab cakes.”

One of the reasons everyone knows D&D is because it’s basically J.R.R. Tolkien (regardless of what Gygax originally claimed), and Lord of the Rings is what the average person recognizes when they hear the word “fantasy.” D&D is wizards and warriors, elves and dwarves, dragons and orcs, and every other essential trope of the genre.

Not everyone is into Fantasy, however, so preferences for other brands is a significant reason not to play D&D. Science-Fiction is probably the second most common choice, but you’ll find RPGs for Horror, History, Superheroes, etc.

Want to play intelligent rabbits trying to survive the food chain? We’ve got that!

Even those into Fantasy might want something different from High Fantasy or Eurocentric games. Perhaps they want the Low Fantasy, Asian Fantasy, or Urban Fantasy – there is a veritable cornucopia of styles from which to choose.

The point is, plain old D&D doesn’t always cut it, and we gamers may want something else. D&D has tried to crossover at points, but that stereotypical flavor is still there, and our taste buds know it.

RPGs come in many varieties, and their styles have evolved over the decades. From the first wargame-like dungeon crawls to the GM-less storytelling games of today, players will find many games to suit their taste.

Although D&D has evolved from its first incarnations, where players waded through meat grinders of antagonistic DMs (for the glory of gold, levels, and treasure), the core concept and style remain. GMs run a world full of dungeons, monsters, and other threats, while the players try to defeat every antagonist and grow in power.

Not to mention, much of D&D is predicated on dice rolls, which means the story isn’t in the hands of the players (or even the GM) but his holiness, RNGesus. You could have the best fighter or wizard on the lands, but if the dice roll poorly that night? Your story might be over; the great adventurer defeated because of bad luck.

You failed your Hide roll. Your party is killed and the Nazgûl get the One Ring. Game over!

I don’t mean to suggest D&D has no story – some of the best tales I’ve had involved playing this game. The storytelling, however, seems more reactive, a creation that helps explain the mechanics of defeating opponents, gaining experience and levels, and finding loot.

Other games focus less on “leveling up” and dice rolls, and more on the storytelling aspect. They may have mechanics that help characters grow, but the primary purpose of the game is to tell a tale over “winning.”

Maybe the players wish to play a more serial-style game, where their players work on their individual stories while becoming embroiled in metaplots. Or perhaps they want to create a narrative together, using a more roundtable or back-and-forth style – the result isn’t about “winning” but about what you’ve created.

As I said, D&D can make some beautiful stories, but much of that is beholden to the DM’s whims (and skills) and the luck of the dice. Sometimes it’s not about “winning” or “leveling,” but about the journey and the narrative.

Building on the mechanics of D&D, there seems to be a reliance on dice to determine everything, from how well you strike to whether you can charm that Orc into your bed. If there’s one thing that doesn’t sit well with me, it’s the “succeed or fail” die roll.

The unexpected spectacular failure (or success) can be fun sometimes, but relying on that makes no sense. Not to mention, the fact that, realistically or cinematically, you can succeed or fail by varying degrees.

Make a Cooking roll. Either it looks and tastes good or it’s “OH MY GOD WTF IS THAT?!”

As RPGs evolved, they began to add new ways of looking at dice rolls. Dice pools provided success or failure, but at least they gave you degrees and the more dice you had, the harder it was to lose because of sheer randomness.

Lately, a variety of games have focused on using die results to offer a middle ground, successes with costs (or failures with benefits). You may fail at tracking down that criminal, but you’ve gained valuable clues along the way. Or maybe you will convince that person to do what you want, but what they require in exchange may be costly (or even dangerous).

A GM can fudge D&D, and there are now mechanics to give you a boost, but the core game still relies a little too much on single chances.  I prefer games where you have a little more control, skilled characters are usually good at what they do, and success (or failure) drives the story rather than derails it.

There is something to be said for simplicity when playing a game. Referencing too many books or rules, turning through pages of character sheets, hour-long combat scenes, etc. can detract from the fun and gameplay.

To be fair, D&D isn’t the most complicated game by far, but neither is it the simplest. 5th Edition certainly helped streamline a lot, but many players can be intimidated by all the Abilities, Skills, Traits, Spells, Equipment, etc. 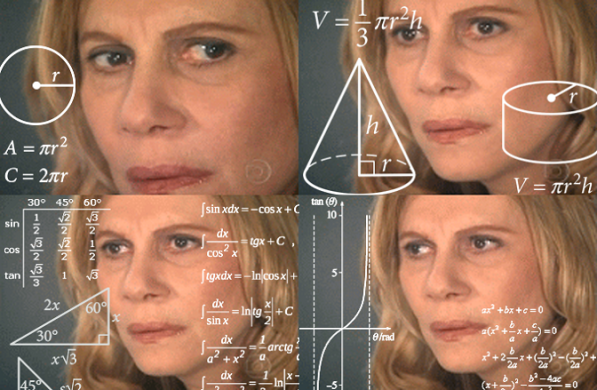 Sometimes, players want something simple, a game with minimal stats, bookkeeping, or rules. Maybe they’d prefer if Attributes boil down to four categories or Skills are created based on character concept.

There’s also a preference for a more cinematic approach to equipment, where you don’t count every match and flint box, or penalize someone if they carry one more torch. Numerous games only list essential tools and ignore the minutiae.

Also, especially if the game is story-driven, perhaps combat doesn’t need to be turn-by-turn, blow-by-blow. One die roll can determine the general outcome, and then the scene is described, often allowing the player to focus more on overall portrayal than each swing of a fist.

D&D may have grown beyond its wargaming roots full of tables and measurements, but the system still has many rules and mechanics. Like owning an Apple product, sometimes we want simplicity and “plug-and-play,” even if PCs are better.

Or You Can Play It All

I’ll be honest, I still like D&D, I still play it, and I think it’s perfect for many players or gaming sessions. Nothing says you must give up on the biggest name in RPGs just because there are other options. This situation isn’t a zero-sum game, although life’s obstacles and scheduling can make it seem that way.

D&D is not a spurned lover, and you’re not “cheating” on it by enjoying other games. You can play a dungeon crawl one week, participate in the politics of urban horror the next, and then make a deal with a dragon later.

Scratch that. Never, ever, cut a deal with a dragon.

The point is, D&D fits a specific mold, with all its flaws and high points, and that’s fine for some people or gatherings. Still, there are a lot of reasons to play something else, and gamers have been doing so since the earliest days of RPGs.

I say play whatever you like, but considering shaking it up; there’s more to gaming life than D&D.