Last year was probably one of the biggest years in gaming. For many, the Nintendo Switch’s success came as a huge surprise, while the anger at loot boxes and micro-transactions turned the heat up on gaming publishers to curtail the practice. The XBox One X did surprisingly well, while VR sales (even with modest price drops) slipped due to a lack of titles.

So, what is in store for 2018? Will we see a banner year like we did last year? We at PCU are going to drop a few predictions and then revisit them at the end of the year to see how we did.

Harry
Good: As long as the prices of 4K HDTVs continue to drop, it will push people to buy the Xbox One X to truly see the power of the system and this will also help others SKUs such as the Xbox One S to drop in price.

Bad: Microsoft will try to announce a VR-ish system at E3. It doesn’t go well at all.

Ugly: Crackdown 3 finally drops and does horribly critically and commercially.

Way out in left field: Microsoft announces an initiative to stream games on Surface tablets

Doug
Good: Crackdown 3 will be a financial success.

Bad: Microsoft will get hit with a data breach, affecting XBox Live users.

Way out in left field: Microsoft will tease their next console.

Good: More games optimized for the Xbox One X will come out as well as more backward compatible titles, such as the original Crackdown or GTA: San Andreas. Four words: Red Dead Redemption 2

Bad: Keyboard and mouse support on the Xbox splits the FPS console community right down the middle. 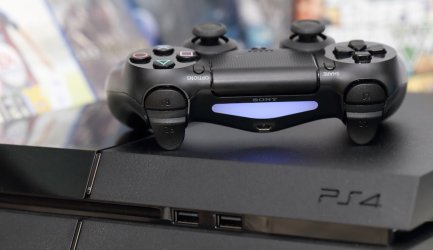 Harry
Good: Spider-man comes out and it sells very well, being hailed for being as good as, if not better than, Batman. The game also gives gamers a reason to buy a PS 4 Pro (along with God of War).

Bad: Detroit: Become Human releases (late at that), and polarizes the gaming community.

Ugly: Despite price drops, Sony begins to quietly ditch the PSVR system. There may be announcements surrounding it come E3.

Way out in left field: Sony announces a PS5 to compete with the Xbox One X.

Doug
Good: God of War will release to become a huge hit, and give the franchise a great resurgence on PlayStation.

Bad: Shenmue 3 will get delayed, yet again, forcing the developer to re-evaluate and possibly scrap it.

Ugly: The first chapter of the Final Fantasy VII remake will get pushed to 2019.

Way out in left field: The From Software tease we saw at the 2017 Game Awards will be revealed to be a new Tenchu game.

Harry
Good: A Pokémon game gets announced at E3 this year for the Switch and will release for the holidays.

Bad: We see a full trailer for a new Metroid game…but it won’t come out until Fall of 2019.

Ugly: Due to the 64GB disk issue, 3rd Party developers get even farther behind supporting the Switch.

Way out in left field: Call of Duty and Assassin’s Creed will be available on the Switch this fall.

Doug
Good: A Smash Bros. iteration will be announced for the Switch.

Bad: Nintendo will finally introduce Nintendo Online, but it’ll be a critical failure.

Way out in left field: We’ll see an agreement between Nintendo and possibly Amazon for Nintendo Online. 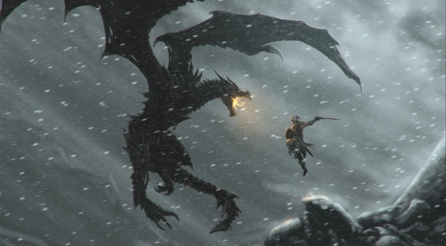 Bad: Sea of Thieves despite reviews, does poor to middling in sales.

Ugly: No one learns from the loot box fiasco resulting in the government stepping in and regulating it, much like the ESRB rating system.

Way out in left field: Half-life is announced at E3.

Bad: Telltale games will take on too big of a project in trying to release a James Bond game, resulting in a major flop.

Ugly: Kingdom Hearts 3 will get delayed until 2019, as Square Enix tries to shoehorn in some Star Wars & Marvel content.

Way out in left field: We’ll see a reveal for a Mass Effect trilogy HD re-master.

Good: Blizzard will keep pumping out skins, heroes, and content to Overwatch…for free.

Bad: EA doesn’t learn from the lootbox debacle (and how Blizzard succeeds with Overwatch) and completely messes up with Anthem.

Ugly: Bungie keeps messing up with Destiny 2 and continues to hemorrhage it’s player base.

Way out in left field: Activision decides NOT to release a Call of Duty game in 2018 (yeah right).

These are some of the things we think we will see come to pass in 2018. What do you see happening? Discuss in the comments below.