While there have been many narrative games in the past, from the first text-based DOS games to Japanese visual novels, none have struck me like modern adventure games. While Telltale is probably the best known if only for their Walking Dead series, and Firewatch earned accolades, I think the high point (so far) is Life is Strange.

Life is Strange provides a fascinating at the turmoil of adolescence, combined with a touch of science-fiction and fantasy. The primary game, released in 2015, followed the protagonist as she dealt with life and relationships, unraveled a mystery, and dealt with the power to rewind time (and its consequences).

The original game received positive reviews and won numerous awards, not only for its excellent story but also for tackling topics like bullying, suicide, drugs and alcohol, and the loss of loved ones. I also prized the fantastic soundtrack, consisting of both composed and licensed music from the indie music scene.

When a prequel was announced, everyone was not only excited but also curious how they would work that out. The point of the original was that the Max, the protagonist, had only just moved back to town and developed her ability. How can you do a prequel about someone who hasn’t arrived or changed yet? 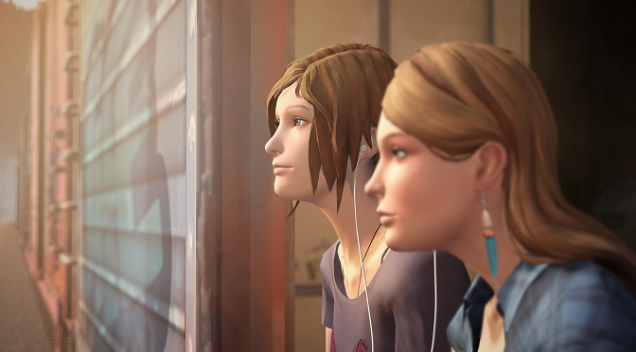 Life is Strange: Before the Storm turned out to be worth the wait, though, as it enhanced one of the big questions in the game. Focusing on Max’s best friend, Chloe, the game finally explained her relationship with the mysterious Rachel Amber.

Smaller than the original series at only three approx. 3-hour episodes, Before the Storm is still full of all the amazing things you’d expect.

Hot topics like adolescent rebellion, identity crises, depression, loss, family troubles, drugs, crime, etc. take the forefront. You unravel a more straightforward mystery while focusing more on figuring out your place in life and relationship with others.

There are no special powers in this one, which I felt made decisions even riskier. In Before the Storm, you must rely solely on risking Chloe’s ability to “Backtalk” people into what you want, and there’s no way to change the results.

That’s not to say there isn’t a supernatural element to the whole game, which is one of the mysteries I love about the setting of Arcadia Bay.

Chloe has prophetic, insightful, and disturbing dreams throughout the game, with meaningful symbolism. Combine those with several key moments, and you begin to question if there isn’t something paranormal about the town after all.

Before the Storm may not be as deep as the original, due to the smaller scope of its tale, but it has some serious high notes. The second episode is probably the best one, dragging Chloe into numerous problems and helping her cement her relationship with Rachel and others.

I also appreciate the tie-ins to the original that reinforce that game’s framework. Not only do they show how individual characters end up where they are in Life is Strange, but they also leave subtle Easter Eggs behind that will pop up again should you replay the 2015 game.

Two interesting facts I’ll point out about the prequel are that the same company didn’t develop it nor did it cast the same voice actors.

Deck Nine takes over for Dontnod Entertainment, using the Unity Engine instead of Unreal 3. I did notice a slight change in character movement and a few glitches, but overall the feel and experience remained in sync with the original game.

More impressive was the fact that I didn’t notice any differences in the voice acting, given the original actors were unavailable due to the SAG-AFTRA strike. Rhianna DeVries’ performance as Chloe Price was spot on, to the point I didn’t know it wasn’t Ashly Burch until afterward.

Only a couple of minor characters sounded different from the original game. For those worried, however, the original cast are working on a bonus episode, and the original developers and are returning for the upcoming sequel.

While Before the Storm may not reach the level of the original, I think it’s a solid game itself given its smaller play time and scope. While the prequel may have ended on a slight down point compared to the grand choice in Life is Strange, I think that’s because we know how things end up for these characters.

Of course, there’s one final ending scene that drives home the fate of someone, hitting you straight in the heart after investing so much time in the story.

Life is Strange: Before the Storm has all three episodes available for purchase now.

1 Comment on Game Review – Life is Strange: Before the Storm