During the Halloween season, there’s lots of talk about favorite Horror video games. We’ve even covered this before, presenting a list of games other than Resident Evil and Silent Hill.

While we can appreciate which games are the best overall, usually what lingers in our brain is a singular moment. Even mediocre horror games can have excellent points that strike fear into the player. The thing about fear, is that each person experiences it somewhat differently, and from different sources. Some of us are afraid of heights, some of us scream at the sight of clowns, and even the thought of being in a dark & enclosed space can send some of us into cold sweats.

Good horror games have an innate ability to play on all sorts of fears. So, on this Friday the 13th, we’re here to ask: What is the scariest moment you’ve experienced in a video game?

We’ve polled some of the PCU staff and here are their responses. 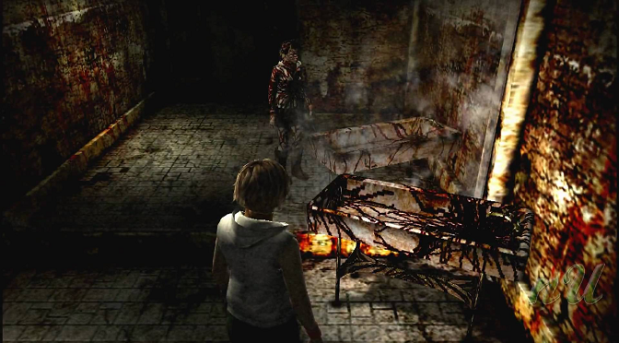 The entirety of Silent Hill remains one of my favorites, but one scene haunted me long after the game was finished. In an already disturbing hospital, Heather finds herself in a room with a giant mirror and a terrifying reflection.

The bloody tendrils in the reflection, covering the room and yourself, were bad enough. When they begin to cover your side of things, a whole new level of terror is added. By the time your reflection stops moving, and then the room is filled with a gory, pulsing redness, you’re done.

Like Heather, I also despise mirrors and never trust what I see. That fear is why I don’t linger long in front of them. After all, we saw the fatal consequences in Silent Hill 3 if you remain in that room too long.

Doug: The Last of Us – That damn hotel basement 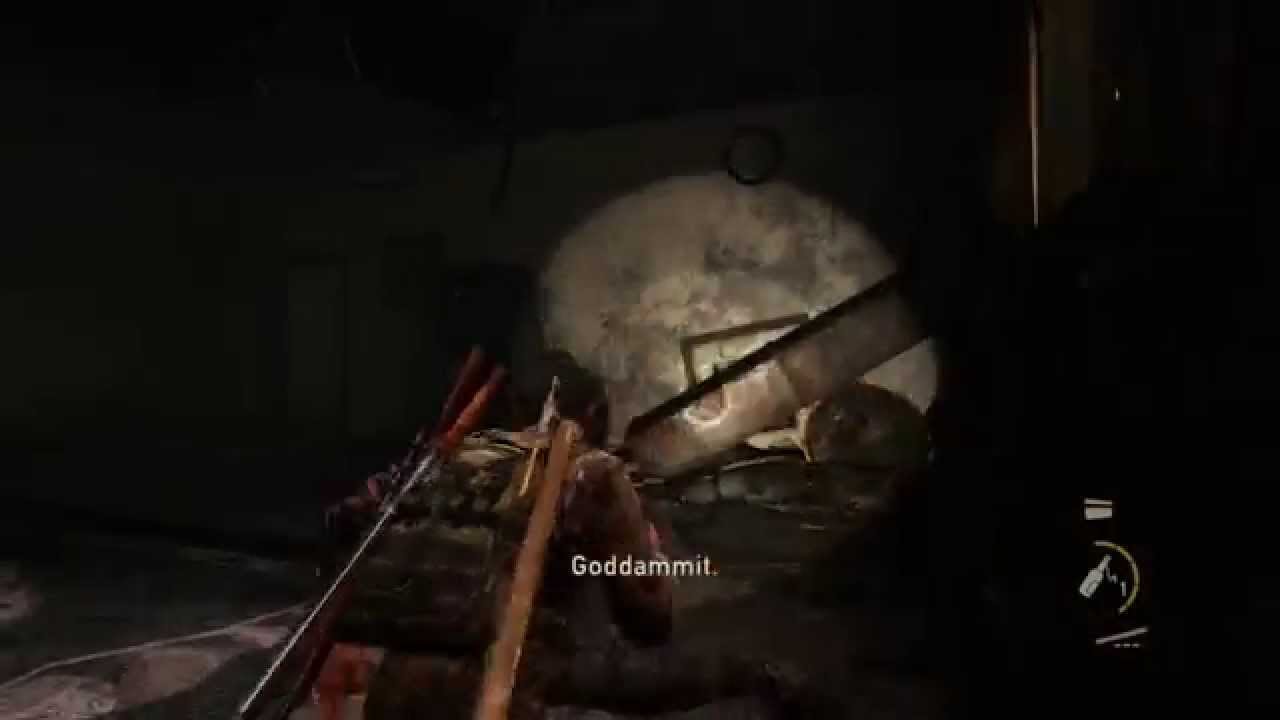 Oh my damn. Seriously, this game itself was tense enough. However, at one point, The Last of Us sticks you in a dark and flooded hotel basement, with the goal of cranking up a generator in order to power the hotel’s elevators. You absolutely KNOW that there are Clickers around you, but there’s no real way of telling how many. Now, I’m claustrophobic, so this was horribly unnerving for me.

Then, as you’ve snuck through that dark & cramped basement, picked up ammo and gotten the key card, you’re finally able to power up the generator. As it rumbles to life, you realize something: you’ve effectively just rung the dinner bell for every. single. enemy in the place. Not only that, but they throw one of the worst ones at you at this point in the story: the Bloater. This giant, lumbering pile of fungus and fat is SO FREAKING HARD TO KILL, and he just keeps coming at you!

I will begrudgingly admit that, after throwing everything I had at this creature, and after the umpteenth time that it killed me, I had to lower the difficulty level so that I didn’t have to deal with that gross & terrifying bastard. From that moment on, every time I encountered a Bloater in the game (spoiler alert, it happens more than once), I tried my best to sneak my way around it so that I didn’t have to endure a near stroke-inducing fight. Now, I find myself almost listening for those telltale grunts and footfalls every time I have to park my car in an underground garage.

I have been gaming for years, but this has to be one of the most unnerving scenes that I could remember and worst, it was early on in the game. I recall quite clearly getting to this point and saying to myself over and over, “I don’t wanna go in there…” I didn’t know what to expect and I didn’t want to know what had happened. I didn’t even know if there was really a baby in that stroller, and that shadow on the wall f**ked with me for a long time. It was scary because I had never seen anything on that level before, and if Bioshock was going there with the scares, I was not ready for that.

Even playing the remaster made me a little nervous about seeing it again, even though the result wasn’t that bad. Worse yet, try having this run on a surround sound system…that horrible muttering will really mess you up. All of this is what made Bioshock such an instant classic with me. You never knew what to expect, and most of the scares were psychological more than they were physical. Still a shame that the ending was a let-down though.

There you have it, friends. Three of the gaming moments that creeped us out here at PCU, and solidified our love for a good scare. Now that you’ve seen our nightmares, it’s time to share some of your own. What are your favorite scary moments in video games? Let us know in the comments down below!

1 Comment on Horror Gaming Moments: What Scared Us the Most?