Ever since I saw Knights of Sidonia about 3 years ago, I had high hopes for what Netflix was doing with their anime section. In my full opinion, the anime on Netflix is meh to okay. Sometimes you have a nice selection of classics, but then when a purge happens, you lose a lot of good series. Unlike Hulu, Netflix is usually streaming older series or series that have completed, so you never expect to see something that is still releasing episodes. That was until Netflix started doing more original content or “Netflix Originals.” 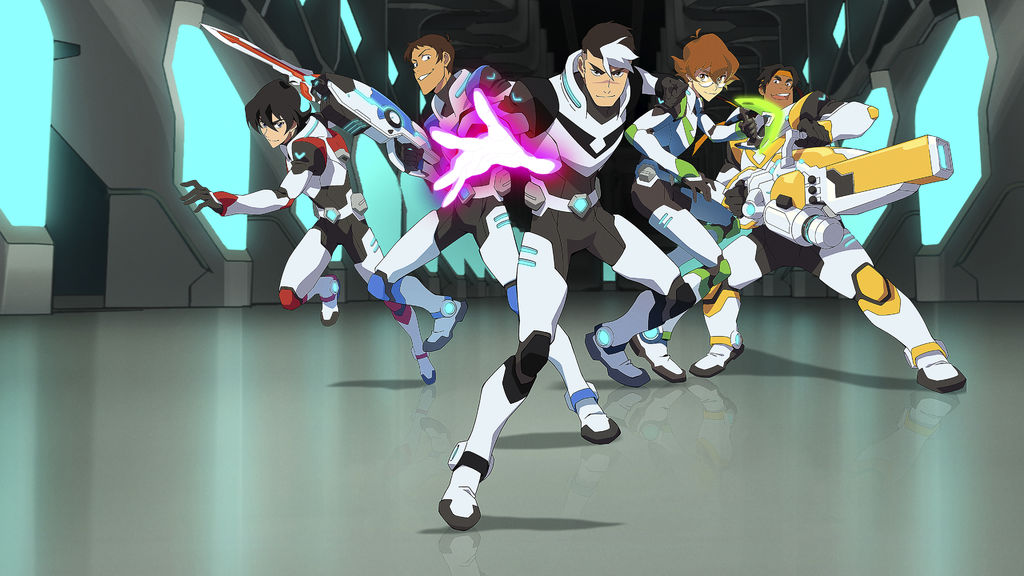 Netflix Originals, as far as anime is concerned, are series to which Netflix has the streaming rights to. Netflix may or may not be a producer for the series, but they will be only platform where you will be able to view it. At first, I thought this would hinder Netflix because I wondered if these “originals” would be enough to bring some life into the anime section that fluxes on a monthly basis. After seeing Knights of Sidonia, Cyborg 009: Call of Justice, and Castlevania, I have a lot of faith in what Netflix puts out as far as anime is concerned. Voltron: Legendary Defenders is certainly no different.

In a previous article, I already gushed about how Voltron is amazing, and gave you the backstory. However, I only talked about the first season. I won’t COMPLETELY spoil season 2 for you, but I will tell you it’s a must see for sure! Unlike the first season, the second season didn’t come with an hour or so long first episode. It just gave the intensity to you straight with no chaser. The long and short of it is that the Paladins (or pilots) of the lions learned more about the war they are a part of, and there was some drama in the middle between Princess Allura and Keith. No, it’s not romantic in nature like how in the U.S. version of Voltron was with Keith and the Princess being lovers, but it was intense in its own right. It made me view the Princess in a different light (and not in a good way because I’m a fan of Keith), but her reaction was understandable to a certain degree.

In comparison to the first season, season 2 focuses more on the pilots working together as a team and learning more about the history of Voltron. There is a lot of self-discovery and growth in this season as everyone has gotten over the “Omg, I’m piloting a lion!” phase and has recognized their duty and role as a Paladin. In this season, a lot more secrets are revealed on how the battle with Emperor Zarkon started and how Princess Allura’s father and Zarkon were partners in a way. I’ll admit there is a slow build in the first 2 episodes or so, but it picks up and drops bombs on you!

As stated in my previous piece or for those who aren’t sure, Voltron: Legendary Defenders is a reboot of the U.S version of Voltron, as well as its own series within the Voltron franchise. How it differs from the cartoon I remember when I was growing up, is that the pilots are young kids and they weren’t necessarily made to be soldiers. In the Voltron I remember, it seemed like everyone who piloted a lion was very focused and aware of themselves and their place in this “military” or special force. The Paladins in Voltron: Legendary Defenders are teenagers who yes went to a military-like school or studied to be soldiers in a way, but they weren’t completely secure. Excluding Shiro, who is an actual solider, everyone else (Keith, Lance, Pidge, and Hunk) are learning to find their way through being a pilot of a lion. They’re working through things and learning to work as a team; fighting an evil entity and taking on a task that is much bigger than themselves. To me, that is relatable and makes for a great series.

You get to see the snarky remarks they make to each other, the hesitation on wanting to do something because they’re legitimately scared or concerned, and then watching them take that leap of faith and do something they probably wouldn’t do normally; recognizing that they’re not just saving a friend, but they’re also saving a comrade. Instead of having a sense of pride and duty drilled into them from a military boot camp, they learn to take pride and respect in being a Paladin of Voltron. They learn this at their own pace and we’re able to see the growth. Seeing them struggle and overcome adversity versus being born ready is what keeps me invested in the series. The war between Voltron and Emperor Zarkon is fascinating and the twists that pop up are great, but the character development and growth is also why I keep coming back. I’m rooting for these young kids and I know they’re destined for greatness!

Season 3 is set to drop on Netflix on August 4, 2017. It is said to be only 7 episodes this time and I can only assume each episode will be the usual 23-24 minutes long. However, to help calm the slight hurt of this upcoming season only being 7 episodes, the official Voltron account on Twitter announced that season 4 will drop on Netflix on October this year!

Season 3 will be 7 episodes and Season 4 will premiere this October! #Voltron

If you can’t already tell, I’m all in when it comes to this series and I plan on binging season 2 again at my desk because Friday can’t come fast enough!