Hey all! It’s my turn to talk about the Microsoft Presentation at E3. I had the fun privilege of watching this with Jack Warner and Kevin Zerner of the 410wned Gaming podcast crew.

When the lights went down and the intro trailer went up, my first reaction was, “Look at that sexy console!” We got our first look at the new Xbox One X, originally known as Project Scorpio.
Then came the man of the hour: Phil Spencer. Kevin quickly summarized his importance in the gaming sphere for the uninformed, “the godfather of all videogames!”

Spencer kicked off the event by discussing the Xbox One X, going into further details about the newest addition to the Xbox family. It’s going to be smaller than the Xbox One S and coming out November 7, just in time for the holiday shoppers. He waited until the end of the show to reveal it’s price tag: $499. This is  $100 more than the PS$ Pro.

He then introduced Kareem Choudry to talk about the specs. I’m not an expert in technology, but here’s what I got out of it: In terms of power, it’s going to be crazy fast. It’s obviously going to be 4K compatible, but made so you don’t need a 4K TV to appreciate the improved graphics. Also, all original  Xbox one accessories and games will be compatible with this console.  This console will also have a liquid cooled vapor chamber, which is something that has never been produced for consoles until now. 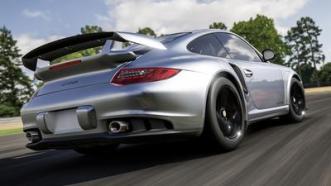 Then it was time for our first game premiere: Forza 7. It had everything you would expect it to, from gorgeous graphics to some great upgrades. They even had something new to give with the trailer: a flagship car premiere. Cars usually get presented in major car shows across the world. There has never been a car premiered at E3. They introduced us to the 2018 Porsche 911 GT2 RS, which will be a playable vehicle in Forza 7. The developers then showed us some racing gameplay. “There’s not a single f**king jagged pixel on that car,” Jack said, staring intently as the car twisted and turned on roads with gorgeous landscapes. Forza 7 will be coming out October 3, 2017.

Phil Spencer popped back up to tell us that we were in for quite a show! 42 games would be presented with 22 console exclusive games. I tried to write reactions to everything, but my fingers couldn’t type fast enough. Also, I wanted to enjoy what I was watching. Here’s my quick rundown of the games I was interested in:

Metro Exodus – amazing attention to detail. Definite graphics improvement. Kevin started freaking out midway through the trailer saying, “That’s a change! That’s a big change!” when our hero took their mask off outside. For those who haven’t played the Metro games, your mask is required everywhere you go. This change indicates the game play and story will be significantly different from prior games in the series. 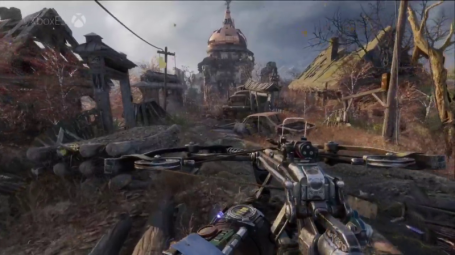 Assassin’s Creed Origins- This was one I’ve been waiting for. This time, we’re going to Ancient Egypt and a man named Bayek, the last of the Medjay. As the title implies, this will be the man to make the “leap” to founding the the Assassin Brotherhood. The gameplay trailer starts with him in his hometown village of Siwa. Immediately, you could see the attention to detail with how Bayek moves through the village. The developers spent time bringing the environment to life and showing how Bayek affects his surroundings depending on his movements. We then learn that you can play through the eyes of your pet eagle who can be used like a drone to find your target. The trailer also introduced an upgraded weapons system, and what looks to be an ability tree for leveling. Release Date: October 27 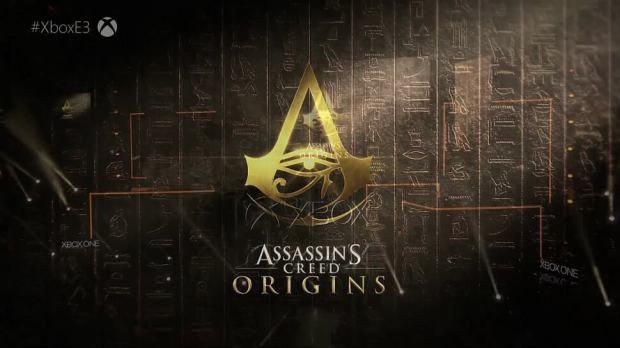 Michael de Plater introduced Shadow of War, the sequel to Shadow of Mordor. I am very excited for this one. The graphics look great, the gameplay has clearly improved, and I’m very excited to see what the upgrades to the Nemesis System look like. In this game, you’ll be building an army of orcs, using the same techniques from the first game, and using them to take over fortresses run by Orc Overlords, all to build up to a confrontation with one of Sauron’s men. What made the presentation memorable though, was the personalities they’ve added to the orcs you dominate. They’re now chatty and willing to give advice on how to take over the land. Enemy orcs do chase you down and have more variety in their threats. I’m sad to say that the release date has been delayed to October 10th, but it’s available for pre-order now! 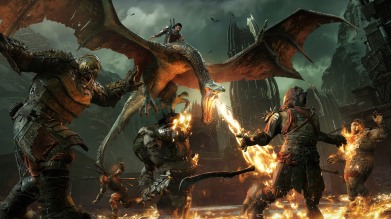 Other games included in the presentation included Playerunknown’s: Battlegrounds, Deep Rock Galactic, State of Decay 2, Dragonball Fighter Z, The MMORPG Black Desert, The Last Night, The Artful Escape, Code-Vein, Tacoma, Cuphead, Ashen, Life is Strange: Before the Storm, and Ori and the Will of the Wisps.

Finally, Patrick Söderlund, Executive Vice President of EA, closed out the show by introducing a new IP; Anthem. The trailer shows that we play heroes who live in the relative safety of a city, but go on missions outside in the untamed wild. Every player will own a series of suits with various abilities which you’ll equip based on your teammates and what the mission is. This looks to be a vast open world with unique critters and unexpected threats around every corner. “Bioware’s Destiny, “Kevin called it when watching the players descend into the wilderness. As we watched the gameplay,  Jack said that this is “what Destiny shouldn’t been.” I agree with them. With the open world and instant multiplayer options, this looks like a very promising game. Coming 2018.

Overall, this was a great presentation that gives great promise for what we can expect from Microsoft later this year and next year. It was also a great start to the week, and I can’t wait to see what the other presentations will be.

A proud fangirl who somehow found a job getting paid to read and nerd out about books. She love all things sci-fi/fantasy. She read voraciously and friends find themselves hard-pressed to talk to her when her nose is in a book. She is also a gamer (FPS and RPGs mostly), cosplayer, tv/film lover, and budding comic book enthusiast. She lives in Westminster, MD with a room full of books. She has made guest appearances on the "410wned Gaming" and "From the Front Porch" podcast and is a regular on "Three Writers Make a Left" podcast.