It’s that time again, friends! Time to gird our respective loins for this year’s Electronic Entertainment Expo (E3) conference, and talk about what might be shown, showcased, and hyped up for the year to come in gaming. With as much information as we’ve been seeing over the past few months, there seems to be a lot to which gamers can look forward from PlayStation, and from Sony overall. From news about Ubisoft’s upcoming Assassins Creed Origins,  to more reveals about the upcoming year’s PS exclusives (which were AWESOME this past year), and what the future of PlayStation as a company will hold.

With all that in mind, I’d like to share with you some of the things that I expect (and hope) to see from this year’s PlayStation presentation.

On May 16th, Ubisoft officially released a teaser image on Twitter for this long-awaited, and highly-anticipated title in one of their hottest franchises. The company has been relatively tight-lipped up until this point, but we at PCU have been able to bring you at least some minimal details as they’ve been leaked. This game is so hush-hush, that even though we know it’s going to be released this year, the title doesn’t even have a page on the Ubisoft OR PlayStation websites.
This will be Ubisoft’s first full game in the franchise since 2015’s Assassins Creed: Syndicate (for the purposes of this article, we are not considering the Chronicles games to be full games, but offshoots). Knowing what we know about the game so far, the hype train for this one is real, and I personally can’t wait to see what Ubisoft reveals at this year’s E3 conference. Word around the internet is that Ubisoft is planning to show off some live gameplay footage, so we’ll hopefully get a better look at the rumored Egyptian setting, as well as some of the new mechanics set for this iteration of the franchise. 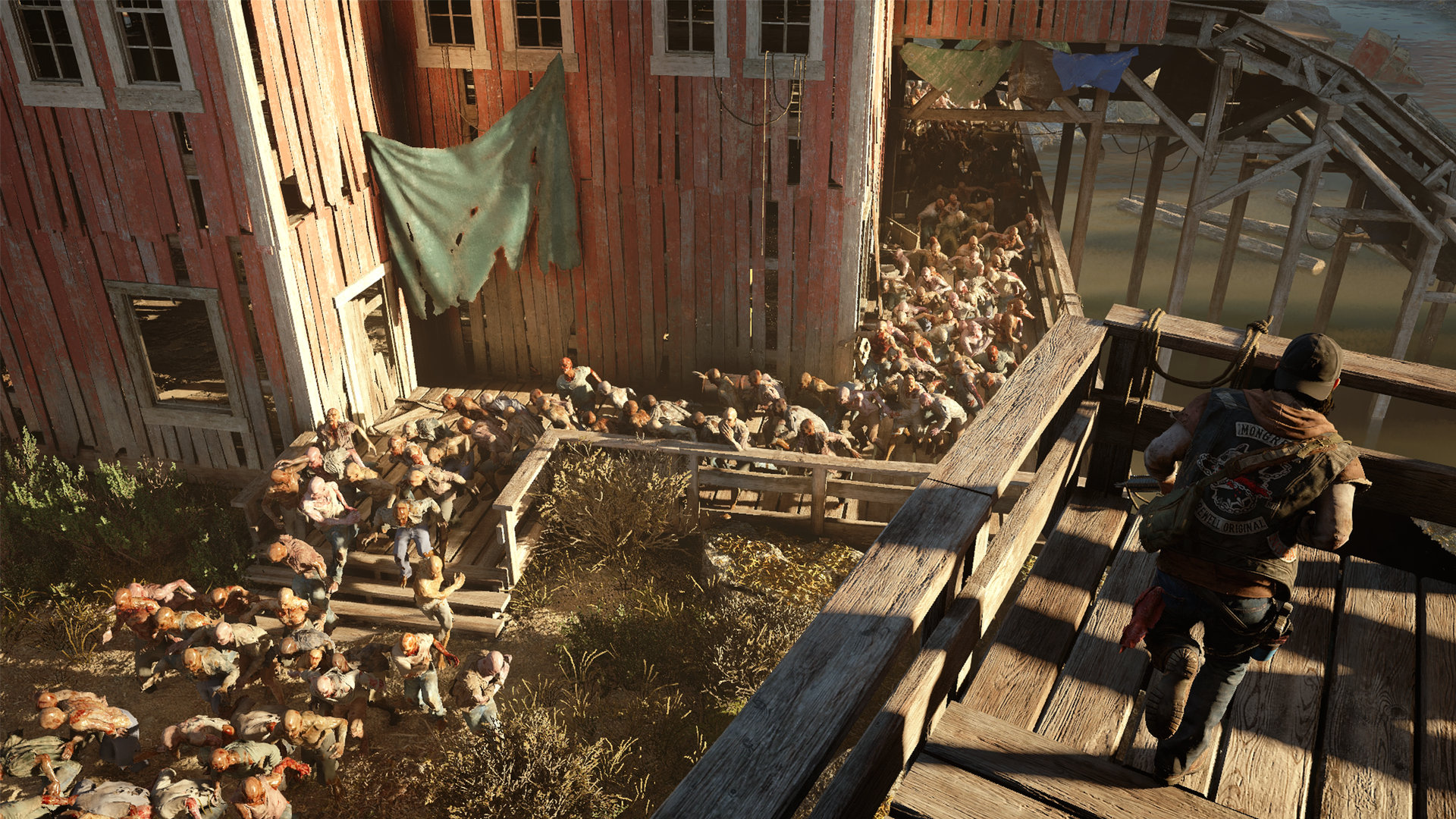 Sony Bend’s highly-anticipated title had two appearances at last year’s conference, and the rumor mill from the industry says that the game will be appearing in a “big way” this year. With information about gameplay, story, and graphics trickling out over the last few months, Days Gone is set to be one of the best-looking games for the next year of PlayStation.
We’re also set to see actor Sam Witwer (of The Force Unleashed fame) playing the lead character, and he was nice enough to give a bit of a tease for the game when he recently appeared in a Twitch stream for it.
Additionally, it seems that Sony Bend has gone dark over the past year, so this may bode pretty well for a detailed reveal for their open-world zombie apocalypse title. Hopefully a release date will be announced? We’ll have to tune in to see.

Hideo Kojima’s upcoming project was announced with a cryptic trailer at 2016’s PlayStation Experience back in December. True to Kojima’s style, the well-known game creator is being very hush-hush about the details of the debut title (again, no game website to speak of) for his new studio (Kojima Productions). However, if we look at the teaser trailer a little more deeply, we can infer a bit of a theme from what’s shown. The first thing we saw in the PSX trailer, was a quote from William Blake’s poem, ‘Auguries of Innocence’:
“To see a world in a grain of sand / and a heaven in a wildflower. / Hold infinity in the palm of your hand / and eternity in an hour.”
Those of us who love literature as much as games will know that Blake meant for this poem to be a warning to mankind about the consequences of mistreating nature. This, of course, would fit perfectly when considering the elements of an oil-covered Norman Reedus appearing in the trailer, completely alone on what appears to be a beach in a post-apocalyptic world. The bleak look of the trailer, coupled with the weird imagery of the black goo (oil?) coming from the (already creepy) face of actor Mads Mikkelsen, really sets the tone for what we can expect from this PlayStation exclusive. Here’s hoping we get a look at some of the gameplay, as well as more info on the game’s story when it’s presented at the conference.

While Rockstar Games’ highly-hyped sequel to the 2010 smash-hit isn’t actually a PlayStation exclusive, a blog post on PlayStation’s website did announce that PS4 users will be able to access some of the game’s content before XBox One users. While that doesn’t initially sound like much of a boost to PS4 users, it does appear as though the content in question will be specific to the game’s new “online multiplayer experience”. It could also mean, however, that similar to a deal with the Destiny release back in 2014, PS4 gamers may be able to earn rare or exotic items and weapons far ahead of those playing on the XBox One.

If you’re interested in tuning in to catch all of the action, the presentation will be streamed on PlayStation’s website, YouTube channel, and Twitch channel. The schedule for the presentation is as follows:

Now, there IS a rumor that PlayStation’s entire reveal schedule was leaked online back in March of this year, via an image of what appeared to be a simple color-coded spreadsheet. However, we’re not taking that as gospel just yet. If you really want a look, and you can take the information with a grain of salt, you can see the image here.

There you have it, dear readers! Some of the hottest information I’m looking forward to from PlayStation at this year’s E3 conference in June. For those of us who are PlayStation fans, this year looks like it’s going to be a great one for the console and company as a whole, and we can’t wait to see what else the Sony presentation has in store for us at the conference.