We saw recently again how as new characters come about in the comics industry, the joy and the outrage that many fans have over these creations. Riri Williams, a Black 15 year old MIT student, being set to take the reins of Iron Man (in ways we don’t even know how yet)  is   another example in a long list of debates that fans have because they hate change. What is almost commonplace now are the arguments that many people seem to have when their beloved characters goes through changes.  Some of the biggest issues that people seem to have are the following

All of these go hand in hand but every time we see something like Jane Foster becoming Thor, Dick Grayson taking up the Batman mantle, Power Girl and Iron Man titles being given to Black women there is an outrage. There was an outrage when Captain America was found to be a Hydra agent, there was outrage when Amadeus Cho became the Hulk, there was outrage when Doc Ock became Spider-man and there was even outrage when Johnny Storm was cast to be Michael B. Jordan in a movie. With the outrage came along all of the above arguments and what I believe a lot of people who make these arguments fail to realize is that without many of these gimmicks and changes, comics would have never made it out of the 1930s. Comics have always about gimmicks and pandering and have been so for a very long time. This is and has always  been how comics have stayed in business.  Many of us have seen everything from Lois Lane becoming a Black woman, Superman racing the Flash, the death of Bucky and Gwen Stacy, multi-colored Hulks, Bruce Wayne having his back broken, Loki becoming a woman,  and so much more. These things are done to get readers to buy books.  Comics and their stories have had to change over the years because the stories mostly reflected the world we live in. Even if you read some of the earliest comics, the tones and sensibilities of those era would not play that well into today’s world.

Let’s look at some of the biggest comic ‘gimmicks’ and ‘panderings’ which shows just how much comics have evolved over the years.  Also these gimmicks and changes have resulted in books that have become valuable in the speculator market. Just think, you wouldn’t have key issues without a gimmick.

This is the biggest gimmick that started it all. Here was an alien man who could do it all. He was strong and every bit a man’s man. He wasn’t flying just yet but nobody could boss him around. And of course, Superman came right around World War II. Superman, at the time was what most people wanted to be. He was a mild-mannered man in disguise but a he-man in his own right. Behind every weak guy lay a lion, and people bought into that. if you haven’t read this book and see how the Superman of the 30s  is nothing like today’s Superman.  This book was the beginning of the superhero age as we know it and without Action Comics, we would probably not have comics at all or still reading comics like Famous Funnies or New Fun. 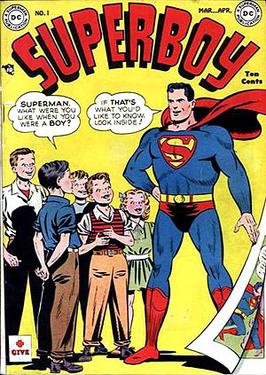 While we are on the subject of Superman, let’s also look at other books that explored his mythos. Superboy was the comic that followed his formative years. Superboy gave stories of not only what life was like for Clark Kent as a kid but also stories of what small town life was like in the 40’s and 50’s as well.  This also gave rise to characters and comics like Krypto, Supergirl and the Legion of Super Heroes. Hey, DC pandered the hell out of Superman!!

So, a Canadian, a Black chick, a blue German dude, a metallic Russian and a Native American walk in a bar… no, not quite but if people are outraged by one miniscule change now, let’s try to imagine what would have happened if the internet existed in 1975. This book not only jump started the Uncanny series but changed the status quo for many of us. This comic was important because it’s among the first that brought together a band of heroes from around the globe to not only fight the bad guys but fight intolerance as well.  Anybody who knows about the 70s when many were still fighting for Civil Rights in the real world knows that this book mirrored what was going on by showing how to recognize and handle differences. Many of these themes are still brought forth in X-Men titles to this day.

Let’s dip back a bit to World War II. While Superman may have been ‘the ultimate man’, he was still an alien.   He was still in the imagination of many kids and adults of someone who could beat the Nazis and if you don’t believe me check out some of the cartoons made back in the day. However, America still needed a symbol. Someone who represented everything America was about, thus Captain America was born. If you want to talk about pandering and gimmicks, it’s impossible to not include Cap on this list. Over 6 feet tall, blonde and blue eyed and dressed in the colors of the flag, Steve Rogers became an enduring symbol.   Keep in mind, that Captain America was never tested in another comic prior to this (as most characters usually were back then) but given a solo in his own right and he is still around today. 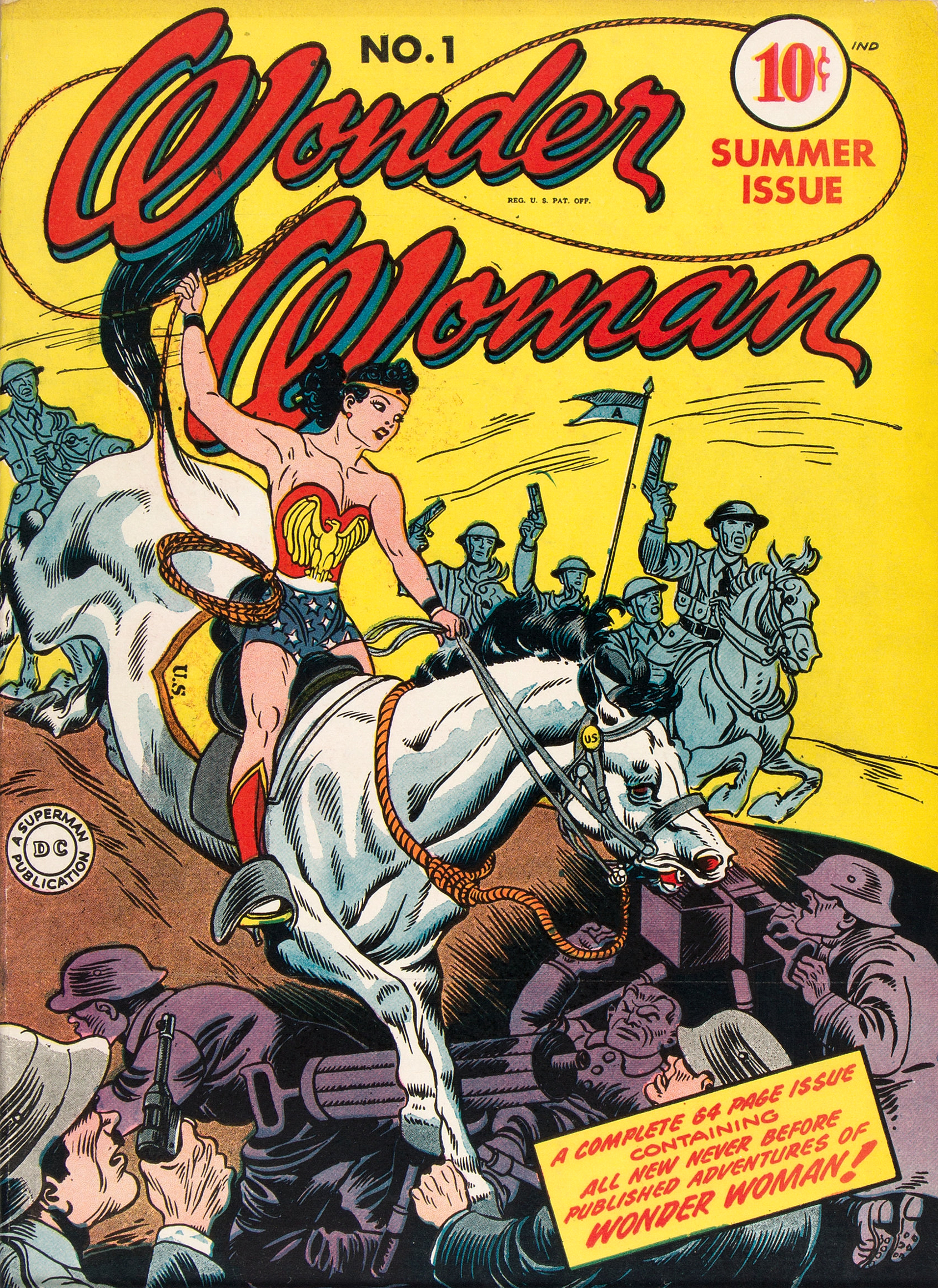 Up until this point, women in comics were always damsels in distress. When Wonder Woman came along, her legacy was by breaking down some of the stereotypes of what women should be in society. They didn’t have to be gal Fridays, or just the girlfriends but they too could have powers. Over the years, she and many other female characters have been both praised and criticized for their roles in comics and quite frankly, they are at the mercy of whoever is writing them. Even with what many of us have seen recently, a lot of people can’t seem to cope with women taking over the roles that they male counterparts have held for decades. 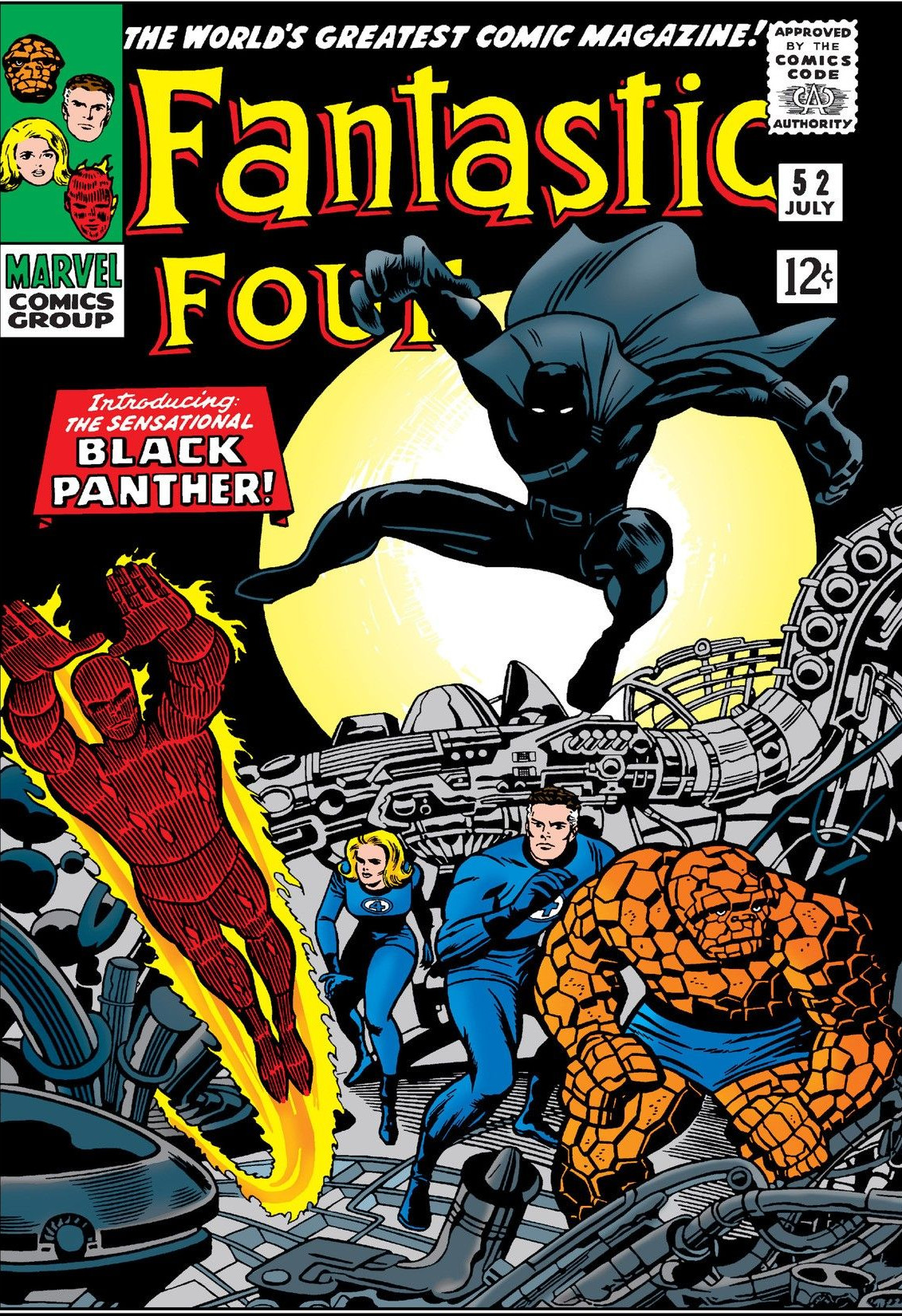 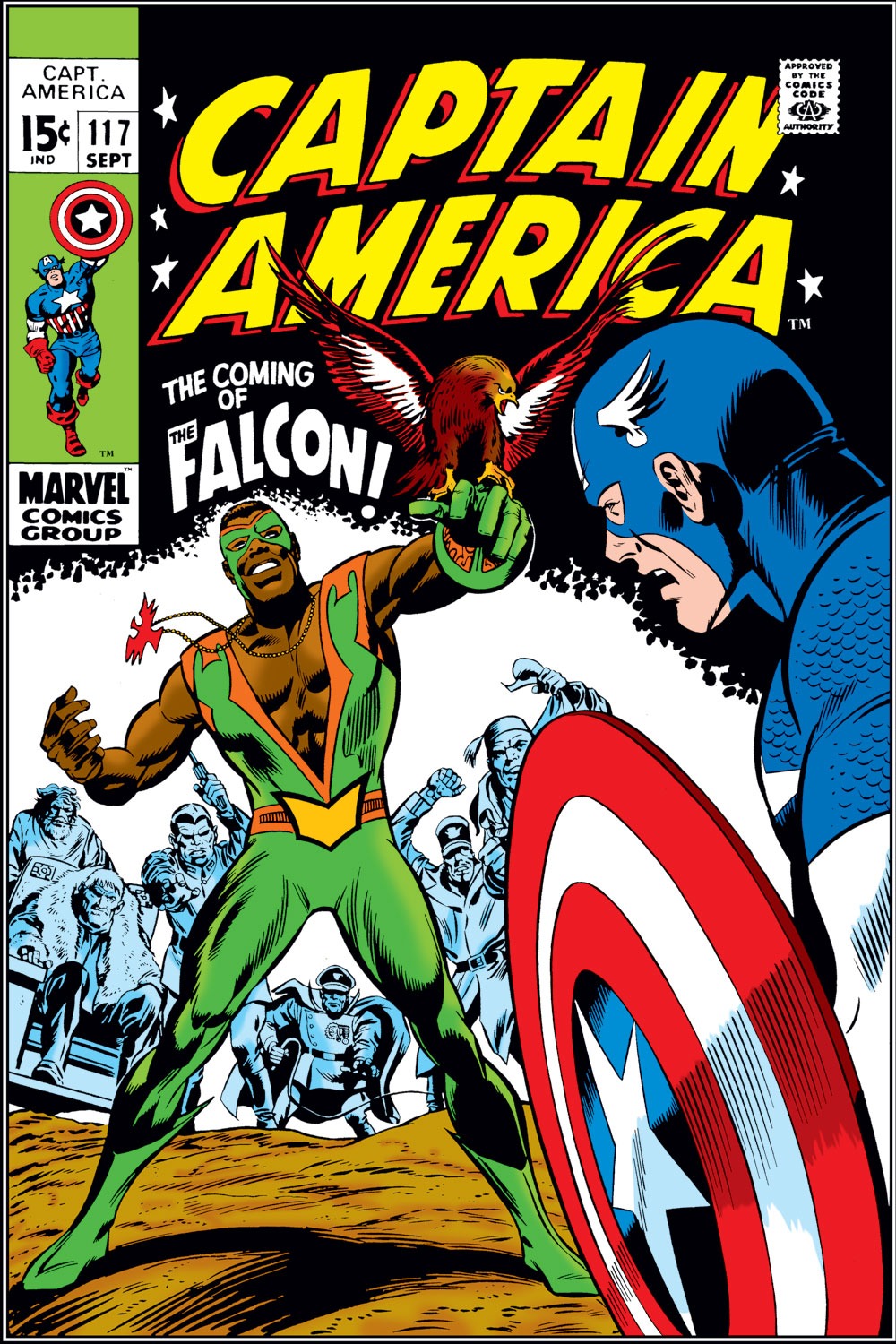 Oh my goodness it’s the end of the world!!! A black character named after a radical political organization?   Another character who is a social worker helping Captain America?   Wait…one of them is KING of an unconquered country?   What is this world coming to?   If there was an internet back in the 60’s, it probably literally have broken at the announcement of these 2 key figures to mainstream comics. For years, comics had been (and in many ways still are) dominated by white male heroes. Therefore what reason would any person of color have to buy comics? With the introduction of these two, followed by Storm, Luke Cage, John Stewart, Blade, and so many more, many minorities now had more of a reason to buy comics.

Superman vs. The Amazing Spider-Man 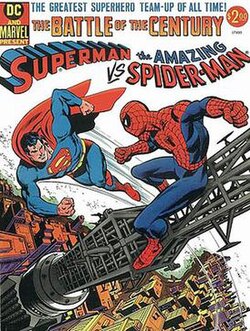 This is pandering at its finest. How many times have we got into arguments about which super heroes were better? Batman vs Captain America, Aquaman vs Namor, and so on. Simply put, this comic took the industry’s most recognizable creations and put them into one book and the gimmick sold like hotcakes. So much so, that more were done in the ensuing years.

This gimmick book is the granddaddy of event books. This 12 issue book took a look at what would happen if you took the greatest heroes and villains and made them fight all the while Galactus was preparing to eat the planet.   Captain America’s shield was shattered, Spidey got a new costume, new characters were introduced and more. This book was the catalyst in which the Big 2 could change the status quo in their universe and all have had varying degrees of success. The biggest draw of course would be who would live or die in these events and that’s why some of these events sold so well. 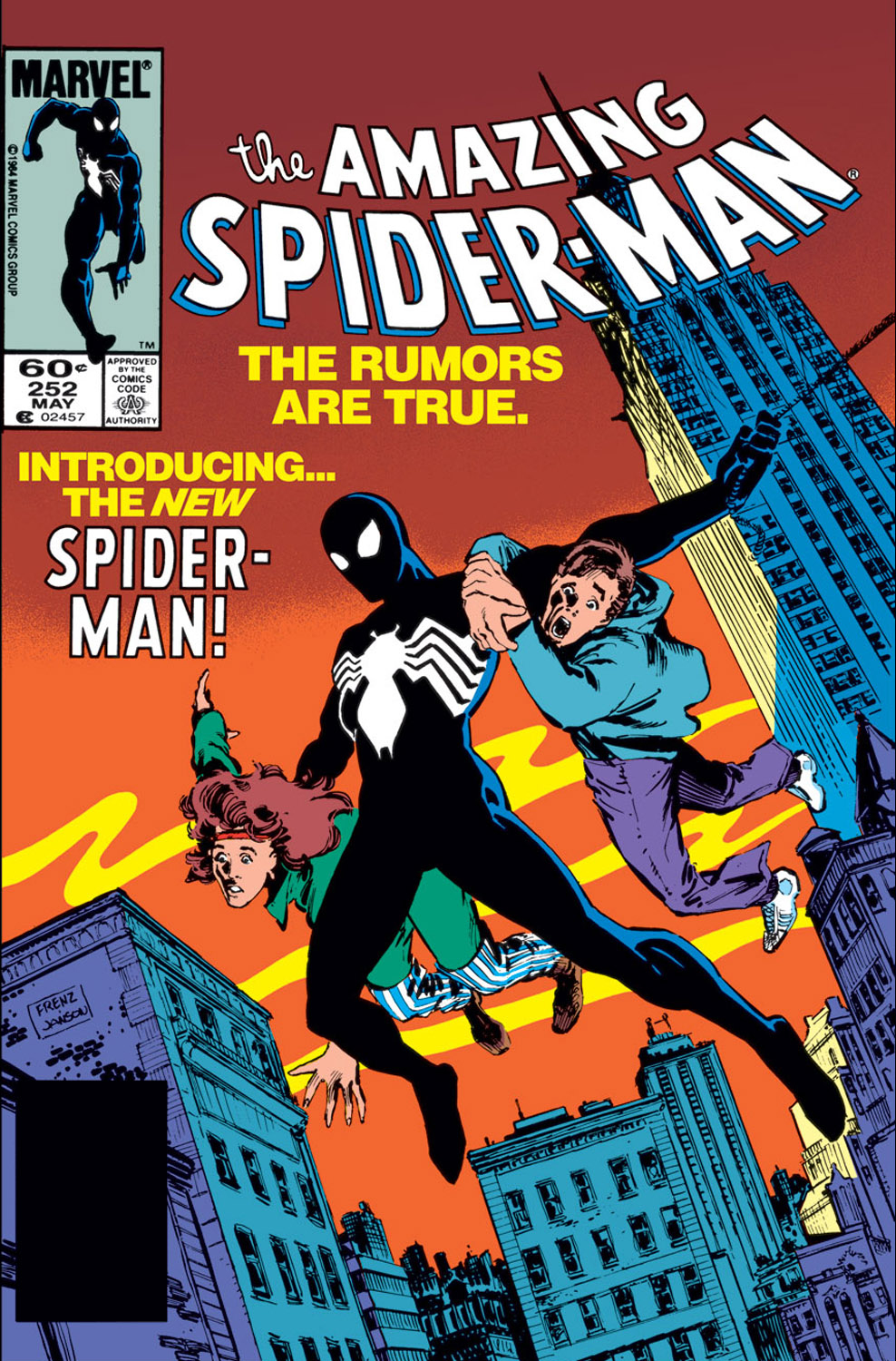 While on the subject of Secret Wars, one of the biggest changes that came out of it was Spider-man’s new black suit. For nearly 20 or so years Spider-man wore the red and blue tights. Marvel made the decision to give him a ‘darker edge’ by changing the suit and many of us at the time was divided about the change. Even then some of us correctly predicted that it was a change that wouldn’t last long an dothers were hoping that it could be permanent as he was due for a change.   Many had cited Captain America’s change to Nomad a few years earlier as being the reason. Whatever it was, it was one of the biggest changes in Spider-man’s universe which gave us Venom a few short years later.

Wait, what? They killed who?? NOoooooo.   The comic book world’s most indestructible hero was killed dead (yeah yeah, I know what I am doing here!!) and with this gimmick, it sold like hotcakes. It was reported in the news and many of us thought that this would be permanent. I mean, with everything Superman had ever faced, it was not possible for him to die, right? If it had stuck, it would have been one of the very few evolutionary steps in the Big 2’s comic world as we were hoping for others to take the mantle. A few did, but of course he returned…in a black suit no less. Furthermore, DC has been trying to recreate this magic again on many occasions with little success. 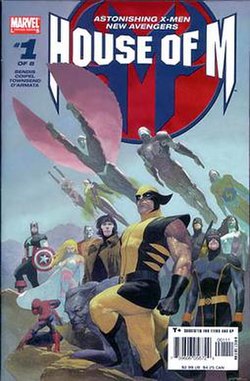 In many cases, you can’t have an omelette of comic events without breaking a few eggs. If ever there was an event that can be counted among the first to ‘break the internet’ this was it. Take a comic event, kill off and depower a lot of mutants, radically change the lives of a few characters and bring some back to life and voila!

These are still only a handful of changes that have happened in comics over the years. Vigilant comic book readers should have long since recognized by now that comics have done this sort of thing for years and that the latest changes they are seeing are still part of a long line of changes that will still come forth. While some things in comics (like Bruce Wayne’s relative state to be in his mid 30s) may never change, other things such as the inclusion of women, prominent roles of people of color, cultural differences and sexuality has to change because as more people get into reading comics, the more they want something that they can relate to in whatever the current climate is.  Comics would not be where they are now if they still had the mores and values of 70 years ago.   This is why it’s disingenuous to say “I wish my comics were like they were when I was a kid.” Go back and read some comics from when you were that age and you will be mostly thankful for some of the changes. It’s up to you as a comic reader if you are willing to deal with constant change because quite frankly, if not, then you are in the wrong hobby.