As editor and owner of this site, it makes me proud to be able to give voice to those that otherwise may not have one.  The month of February is not important just because of we are celebrating our history that we are proud of but because this is the time to take an extra moment to be a positive light not only for our children but for the overall community as well.

Too many people from so many different walks of life unfortunately look at this month and #29daysofBlackCosplay as something that is divisive or a way to separating groups of people and sadly they are so far away from the truth.  Worse is that so many fail in not asking the BASIC question of why are we even doing this in the first place. 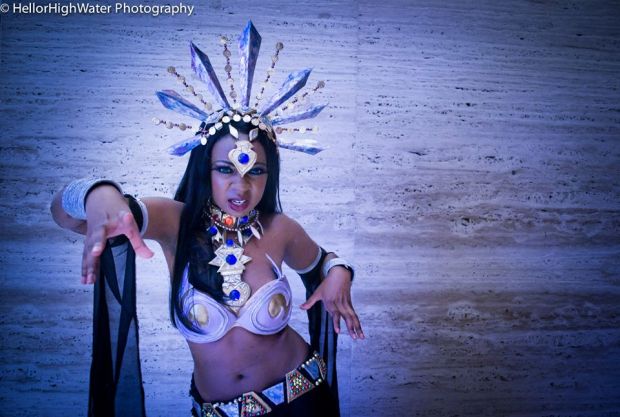 When asked, Chaka Cumberbatch who created this initiative stated:

“#29DaysOfBlackCosplay is important because it’s all about us giving each other the visibility that we so desperately need. Believe it or not, there are black nerds coming up every day who want to cosplay, but don’t feel like they can because they’re not seeing enough of our images in the media. This is us carving out a space for ourselves, and encouraging each other to get involved. It’s important to me, because I remember how alienating it felt to be a lone black nerd growing up in Little Rock, Arkansas – and feeling like there was no real place for me to belong. I’m so grateful for the internet bringing so many of us together, and now we’re working to ensure no one else ever feels that way again. If we can convince even one black nerd to put on a costume and head to a con, I’ll be happy. That’s all it’s ever been about for me!”

This initiative is about inclusion and it’s about celebration.  We don’t want to be left out simply because of how we appear.  We don’t want to be  seen as “the Black version” of whomever.  Also it’s about promoting positive images and building self-esteem.   When you look at the media, whether it’s comic books, TV or movies you would find it difficult to see positive images with people of color.  Even when many of today’s comic characters have changed in their gender, race or sexual orientation, many cosplayers are still hard pressed to find a character that they can relate to.  Also it’s not just among people of color. This initiative is meant to be an outlet for any minority who needs to find a way to identify that they too want a part of geekdom and exercise their voice.

Thus, what we can accomplish with cosplay is give everyone a look at what could be if the media  was more diverse and representative of the world at large.

Our kids can dream they too, can be heroes.

We asked cosplayers to let us know what #29DaysofBlackCosplay means to them in one sentence.

This is what they said:

(Click on the pictures to see them at full size)

#29DaysOfBlackCosplay is important because it is allowing Black cosplayers a concentrated amount of time to be shared to the rest of the world, and to hopefully be seen and treated as equal outside of this from here on out. 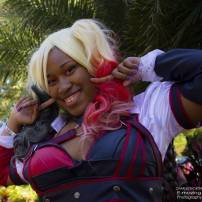 #28daysofblackcosplay is important to me because it shows me that it’s okay to cosplay a white character, and that I’m not just a “black Harley Quinn,” but actually a “Harley Quinn” cosplayer. 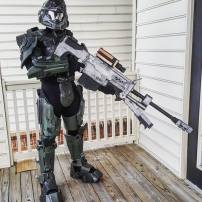 #29daysofblackcosplay allows me to be unapologetically me (a proud, confident man of color) in an environment that would have you think my skin color makes me less than.

#29DaysOfBlackCosplay is important to me because it’s about promoting positivity, encouragement, diversity, inclusion, and recognition for people who otherwise would be overlooked, passed over, or ignored. 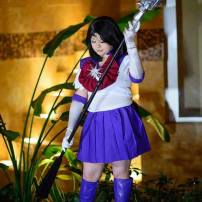 Representation matters; WE MATTER; This is no contest

#28daysofblackcosplay is important to me, because it has allowed me to interact and meet so many new and amazing black cosplayers.

#28daysofblackcosplay is important to me because it shows we’re out here having fun, cosplaying whatever we want and you can too.

#29DaysOfBlackCosplay is important because it is allowing Black cosplayers a concentrated amount of time to be shared to the rest of the world, and to hopefully be seen and treated as equal outside of this from here on out.

#28DaysofBlackCosplay lets me meet more black cosplayers and see their versions of characters which are amazing.

#29DaysOfBlackCosplay is important to me because this is an opportunity to encourage fellow POC to get out there and do what they love, and let them know that it’s okay to be different. 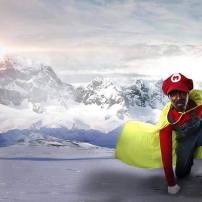 Black cosplay means representation of heroes of color for kids to look up to so they know that heroes come in all colors. 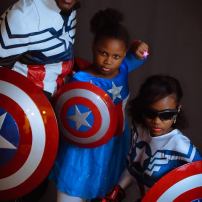 Because young people need to see heroes who look like them.

#29DaysofBlackCosplay for me is about solitary and about bringing cosplayers that are normally shunned just on the basis of their skin together to show each other and the world “we outchea.”

#28daysofblackcosplay is important to me because having this representation of so many black cosplayers brings me joy and reminds me that I am not alone.

#28daysofblackcosplay is important to me because being a superhero is an American dream.

Simply because representation  and my voice matters. 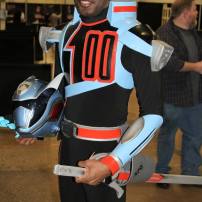 The reason #29daysofBlackCosplay is important to me because I feel I’m being seen and not ignored because of the color of my skin.

1 Comment on What does 29 Days of Black Cosplay mean to you?