Everything doesn’t need a part two.

I have an unpopular opinion, ***searches for soapbox**

NOT EVERY TV SHOW OR MOVIE NEEDS A SEQUEL OR SEASON TWO.

There I said it.

As soon as a new series hits streaming or a movie releases in theatres, someone online will pen an article titled “When will season 2 premiere?” or “What we know about the sequel to X” or some other variation.

I know the articles are pleas for readers to visit their part of the internet or maybe an attempt to get the producers to think about what season two would or could be.

However, some productions are complete with what was released. The demand for these productions to be continued is the root cause of a major complaint with Hollywood right now: lack of creativity. We cannot demand originality and then clamor for sequels at the same time. That’s not how it works.

As I’m composing this, Netflix seems to be a common target for the demand for sequels. An article for the show Clickbait is what sparked this post for me. By the end of its premiere weekend, the articles started and I was asking myself ‘Why?’ 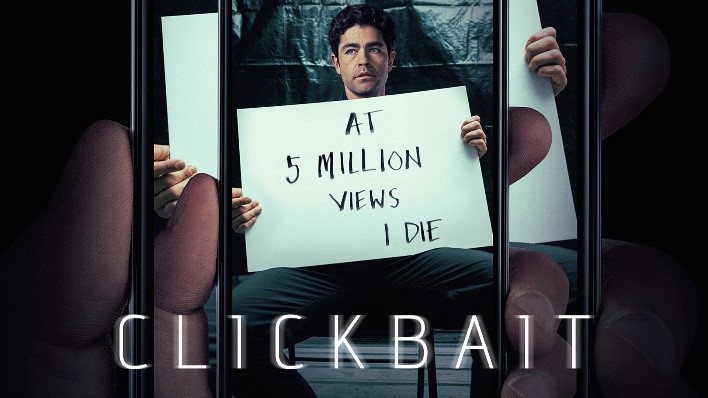 Clickbait is a murder mystery, wrapped around family, content creation, and catfishing. It’s not the first project to use those devices and tropes, but the show presented them uniquely. Each episode focused on a different member of the deceased person’s circle leaving the viewer the impression that any one of them could have been the murderer. The writers/producers/actors did a great job concealing the killer until the final episode. There is no way the writers could use the premise of this show again and execute it well enough for a season two.

In November 2021, The Harder They Fall dropped. While the writers did leave enough of a cliffhanger to justify the 2nd film, I don’t need it. The movie had a definite beginning and middle and all the characters were developed enough to understand the motivations behind their actions so the ending gave us closure. Would I love to see these actors and characters again? Maybe, but I can always just watch the movie again.

Dickensian was aired on the BBC in 2015 and released on Amazon Prime on 2018. The show is the prequel to all of Charles Dickens’ books. It answers the questions you were not sure you had, like “How did Marley die?” or “How did Miss Havisham meet and be wooed by Compeyson?” and other stories pulled from Dickens’ oeuvre. Even for the casual Dickens fan, this was a fun watch. However, there was no reason for a season 2. The show ends where all the books begin, if you want a sequel, read the books! Instead, people are out here writing think pieces about what could have been included in that mythical season 2.

Much to my chagrin, Hollywood occasionally listens. In 2019, Amazon released Undone, an animated show about grief and mental health. I loved this show. The producers were imaginative and took care of how they presented the subjects they were tackling. From where I sit there is nowhere for this show to go. In my opinion, the show’s ending was perfect and there is no reason for a season 2, especially with production delayed due to the current health emergency.

The latest victim of the “What about Season 2” activity, is Netflix’s Squid Game. I have not watched this show, but I have read reviews and heard it is very good. My understanding is that the show tied up all its loose ends in the initial 9-episode run. If you watched the show, does it really need the season 2 that is currently in the works? What are we going to get, more people being harmed for money?

I could go on a tangent about projects that needed a season 2 but were not renewed but that’s another blog post. I’m annoyed at these opinion pieces. With the number of shows and movies being released on an almost daily basis, can we not just enjoy what the production crew gave us? Do I want more content from their creators? Yes, they did great work and networks/studios need to throw as much money as they have at them. Do I need it to be sequels to what they have already done? No, these projects are perfect as released.

Finally what is most frustrating about these pieces is that more often than not there was no plan for a season two or sequel. So these writers title their articles in this way and then halfway through you find out that the show hasn’t been renewed or there is no sequel in the works. These articles are downright lazy. TV/Movie writers I implore you to find something else to write about when it comes to project you enjoyed. Write about the acting, the story, the holes in the plotline, where the show could have improved, but please stop with these clickbait, lazy articles about the fictitious sequels that only exist in your head.

1 Comment on AV Brew: A Sequel Is Not Required