We return to Zamunda in Coming 2 America!

In 1988 we were introduced to the beautiful world of Zamunda in Coming to America when Prince Akeem left his engagement ceremony to travel to America to find his Queen. After a few nights searching in the clubs and bars of Queens, NY, he goes to church and meets Lisa who becomes his bride.

Thirty-two years later Akeem and Lisa have three beautiful children and have lived happily ever after. Or so they thought, as Akeem is reminded by King Jaffe Joffer that the crown must pass to a male heir and Akeem only has daughters.  It’s then that Semmi tells Akeem that he had an inebriated one-night stand before meeting Lisa, which resulted in a son, Lavelle Junson.  Once Akeem finds this out he returns to Queens to bring Lavelle back to Zamunda and train him to take the throne.

When Murphy was approached by Ryan Coogler about a sequel to the iconic original Murphy was intrigued by the idea. However, Murphy refused because that story would have been about Akeem’s son searching for a wife in America, a retread of the original premise. If they were doing a sequel, Murphy wanted to go over new ground with a focus on the original characters. On this, I agree with Murphy as the resulting project feels like a family reunion. Most of the cast is back for the sequel and they slipped back into these roles like comfortable clothing. The only glaring omission would be Madge Sinclair, Queen Aoleon, who passed away in 1995 but her presence is felt in this production. 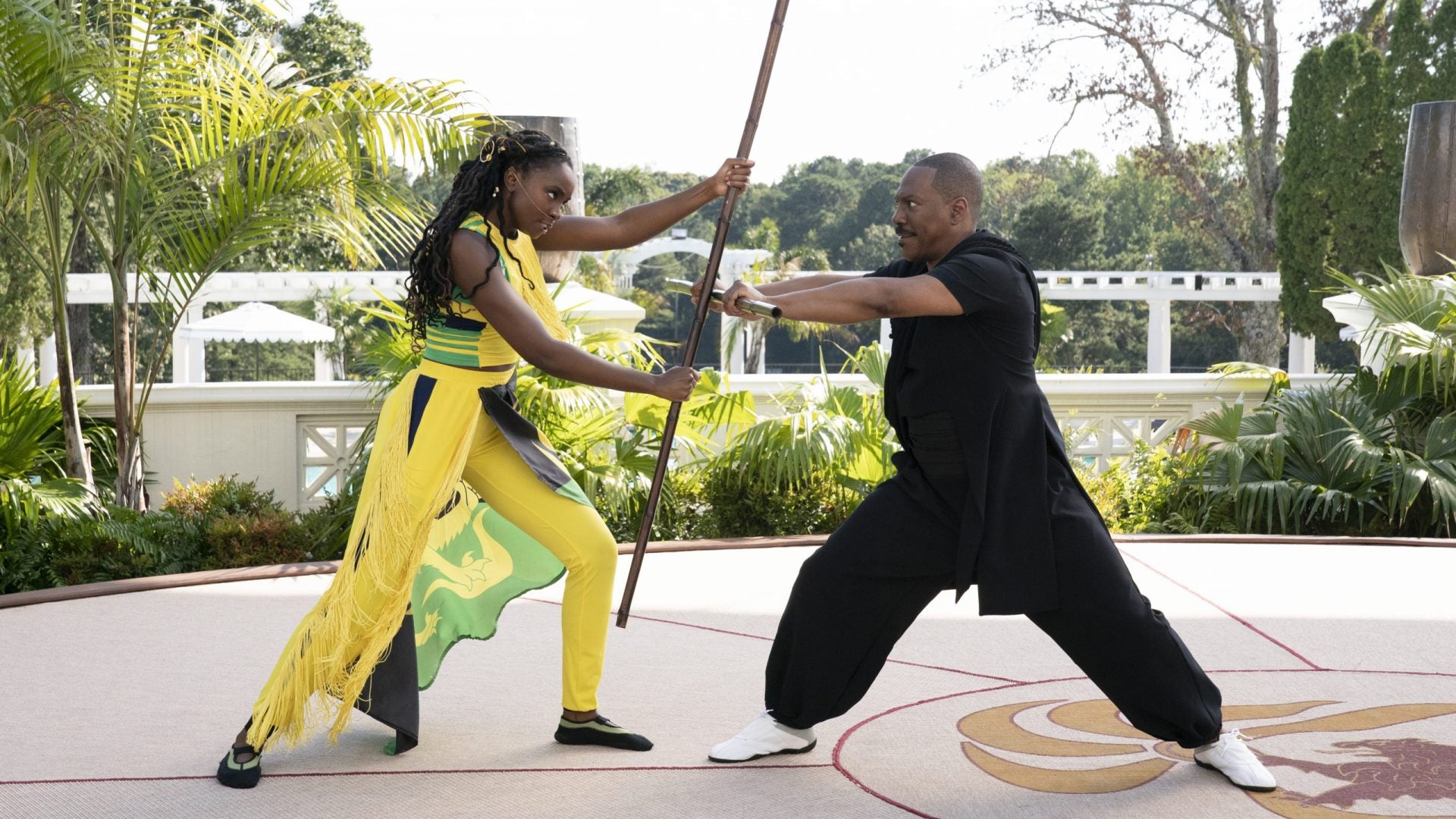 As for the new characters: Prince Akeem’s daughters, Meeka, Omma, and Tinashe are superb. They are not just window dressing here and instead have a story of their own. Wesley Snipes as General Izzi is having the time of his life. The director, Craig Brewer,  must have asked him to ham it up and Snipes did, stealing every scene he is in. There are some terrific cameos along with several nostalgic touchstones that add to the fun in this film. The set design and costumes are stunning, which you would expect as the costumes were created by Oscar-Winning designer Ruth Carter. 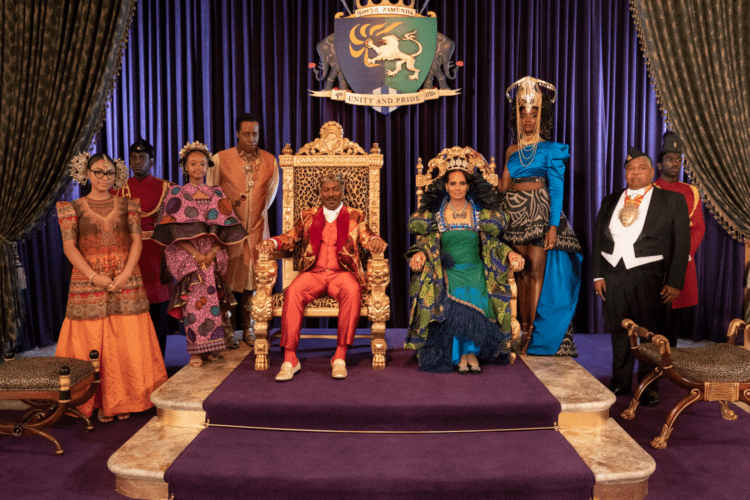 The Zamundan Royal Family as costumed by Ruth Carter

My only misgivings about Coming 2 America are that occasionally the story felt rushed and they leaned a little too much on the original film for some of the comedy. Some scenes almost feel plagiarized, as if they just changed some words to bring it up to the 21st Century.

With all that said the film is a wonderful addition to the Coming to America universe. Even with the recycled material the movie is a fun watch and full of laughs.  If you are a fan of the 1988 film, you will enjoy this one.

Special thanks to Allied Global Marketing and Amazon Studios for the screener!