I got to the end of this book, went ‘What the?!’ and then went back and re-read it because whoa. And, sure enough, smack dab on page four is a giant clue, several actually, to the end that I only noticed when I went looking for it.

Let’s get to it: with the reveal that Saru’s trifling arse was the one who turned a blind eye while the Untitled and Trigon got themselves entrenched in the Chamber of All the crew now has to clean up his mess. While the increasingly, hilariously, snarky Bizarro keeps Trigon distracted with a combination of sass and whoop ass, Jason leads his team to start destroying every obelisk that the Untitled have gotten into the Chamber to keep Trigon out, hopefully once and for all. 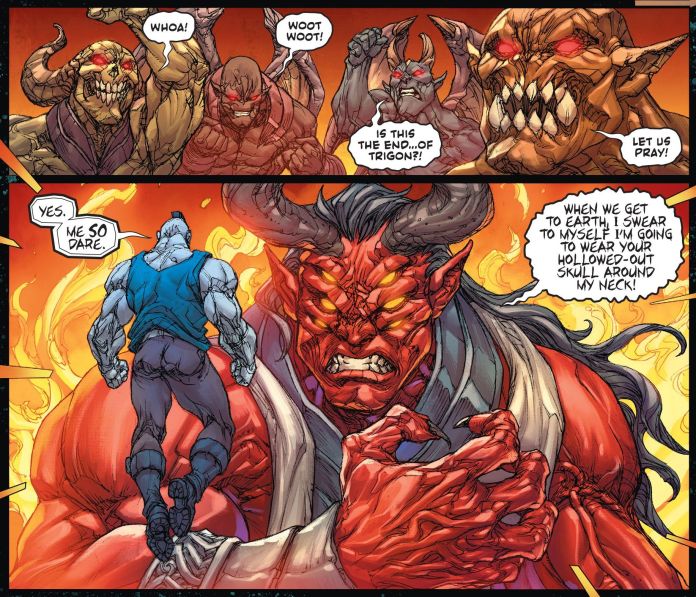 This was a fun read with some serious spotlight moments for Artemis and Bizarro that had me both cracking up but also fully bowing to their badassery. In fact everyone gets a moment to shine and it’s just so nice to see Jason with a team that actually a: values his knowledge and skills and b: truly value him. In fact it wasn’t until this issue that I realized that it’s no longer just Biz and Artemis, Jason has General Glory, Ducra, Essence and to a lesser extent Saru all in his corner and they believe in him in a way the Batfam never really have. It’s refreshing and with that last twist it’s going to be very interesting to see how things go forward. 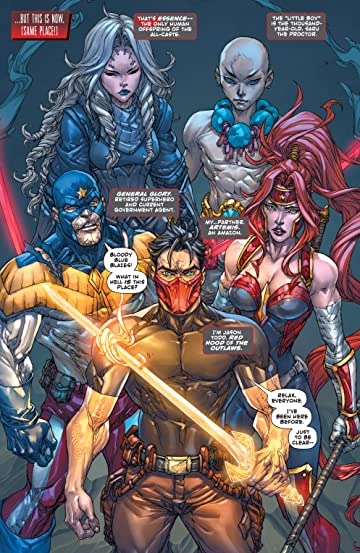 While I’m still not a fan of Pantalena’s faces (seriously why do ALL THE WOMEN LOOK ALIKE???), the overall feel of the book is very dynamic, with each scene moving wonderfully and the Chamber of All rendered beautifully. Honestly, if Pantalena ever figures out that women of different ethnicities and races have different noses, skin color and mouths this book would get a Five out of Five rating every week. Unfortunately, he hasn’t so here we are.

I’m ready for the next issue. In fact…