Halle Berry sets an example of how to accept feedback with grace and style.

Halle Berry made headlines recently when she discussed considering portraying a transgender man in an upcoming film, then reversed course, issuing an apology a few days later.

In a July 3 Instagram Live interview with celebrated salon owner Christin Brown, Berry talked about what drew her to what she planned to be her next role: 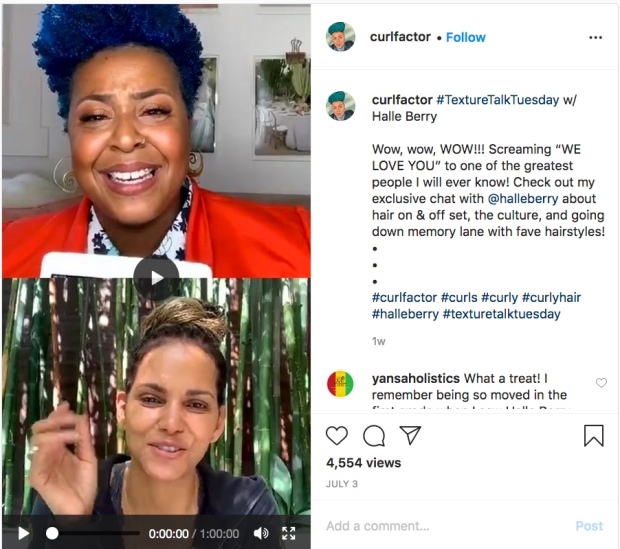 Over Fourth of July weekend, the Internet weighed in. Trans activists decried her persistent misgendering of the character she proposed to play. Fans sprang to her defense and indelicately suggested people stop being so sensitive. The makers of Disclosure: Trans Lives on Screen, an outstanding Netflix documentary that had dropped just weeks before, reached out to Berry on Twitter.

Hi @halleberry, we heard you’re considering playing a trans man in your next project. We ask that you please watch @Disclosure_Doc on @netflix first to understand how cis actors like yourself acting in trans roles has major cultural consequences offscreen. #DisclosureNetflix

I don’t know if Berry watched Disclosure, but she reconsidered her position and issued the best apology I’ve seen in a while:

“Over the weekend I had the opportunity to discuss my consideration of an upcoming role as a transgender man, and I’d like to apologize for those remarks. As a cisgender woman, I now understand that I should not have considered this role, and that the transgender community should undeniably have the opportunity to tell their own stories. I am grateful for the guidance and critical conversation over the past few days and will continue to listen, educate and learn from this mistake. I vow to be an ally in using my voice to promote better representation on-screen, both in front of and behind the camera.”

The trans community applauded her decision.

Thank you @halleberry for listening and learning. We hope #DisclosureNetflix is one of many educational tools you and others can rely to inspire and strengthen allyship. https://t.co/SA71QFsgAN  – Disclosure Documentary (@Disclosure_Doc) July 7, 2020

We are pleased that @halleberry listened to the concerns of transgender people and learned from them. Other powerful people should do the same. A good place to start is by watching @Disclosure_Doc to learn about trans representation in media. https://t.co/SAxSvXxbk3 – GLAAD (@glaad) July 7, 2020

Creating a Culture of Acceptance, Not Fear

GLAAD reports that 80% of Americans don’t personally know someone who is transgender. Without a personal experience with a trans person at home, work or school, most people’s first interaction with trans people is through the media. That means either on the news due to the 20-30 times a trans person is murdered each year just for being trans or via entertainment. The subject typically arises when a cis person discovers, in a shocking reveal that focuses exclusively on genitalia instead of an actualized person, that their love interest is trans and proceeds to vomit, then victimize the person who they only moments earlier purported to love. Unless the trans person is comic relief. Either way, they are a punch line or a punching bag, not a person.

The 20% of us who have trans people in our lives know these are ridiculously reductive narratives. The rest get a message: trans people are Other. They are worthy of derision. They are tricksters, fakers, frauds. Dangerous. In Disclosure, Emmy-nominated writer, actress, and trans activist Jen Richards connects the dots:

“Having cis men play trans women… is a direct link to the violence against trans women. In my mind, part of the reason that men end up killing trans women, out of fear that other men will think that they’re gay for having been with trans women, is that the friends – the men whose judgment they have fear of – only know trans women from media and the people who play trans women are the men that they know. This doesn’t happen when a trans woman plays a trans woman. Laverne Cox is just as beautiful and glamorous offscreen as she is onscreen… When you see these women offscreen still as women, it completely deflates this idea that they’re somehow men in disguise.” 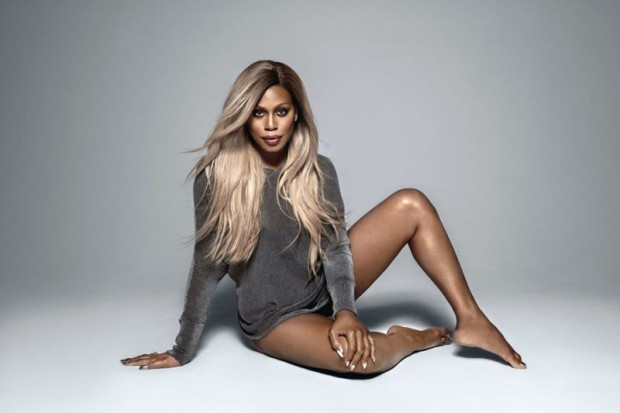 Laverne Cox, the first openly trans person to be nominated for a Primetime Emmy Award in any acting category, echoes this sentiment, “What I’ve been so blessed by is all the folks who have empathy for the character I play and then find themselves having empathy for the actress who plays her. I would argue that doesn’t always happen when cis people play us.” 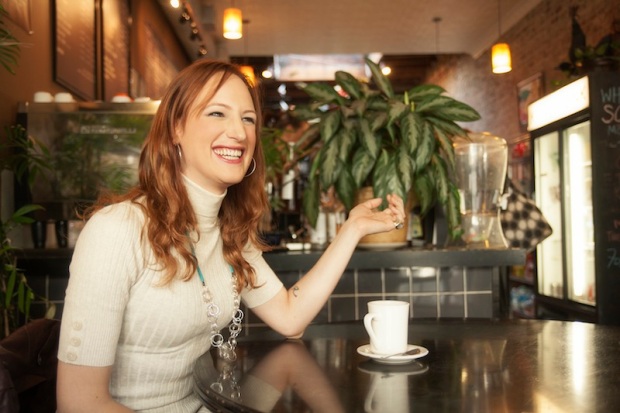 Creating a Culture of Fairness

Having cisgender actors play transgender characters also diminishes the number of jobs available to trans actors. Ideally, any actor could play any role. It’s their job to research, to examine humanity, and delve deep into themselves in order to transform into others and share their stories. The thing is, the “actors are chameleons” argument only works if it applies to all actors. It can’t just mean that cis white folks can play anyone they want and everyone else has to shut up and respect their craft. As long as we live in a culture that refuses to permit trans actors to play anything but trans roles, those roles need to be off limits to cisfolk.

We asked some local trans people their opinions and found agreement on the issue.

“That’s such bullshit. And it’s frankly tiring. Trans people that are actors/actresses are a thing. In fact there’s many damn good ones. So, (a) Casting a cis woman to play a trans man totally interferes with an acting gig for an out trans guy, and (b) A cis woman has no clue what life as a trans guy is like. Much like a cis man simply cannot understand life as a trans woman.” – Indigo O.

“I’m glad she backed out. Cis people have been cast as trans people frequently in movies and TV (Hilary Swank in Boys Don’t Cry, Felicity Huffman in Transamerica). That was before trans people started being more accepted by the general population, beyond jokes or tragedies. Now actual trans actors are just playing people (Laverne Cox as Sophia Burset in Orange is the New Black, Brian Michael Smith as Paul Strickland in 911 Lone Star). They are role models for trans people both to show that you could just live life (rather than, ya know, die quickly and tragically) and show that you can be an actor if you want. Essentially, we no longer need cis people playing trans people because we now have trans people to play trans people.” – Aidan Skipper-Martinez

“I think trans people should play trans people. There are plenty of us so why should a cis person play one of us? They don’t know our struggle nor our story.” – Skylar Hoelscher/Katja Attenshun

Both seeing trans actors (who, by the way, owe you no obligation to “pass”) and hearing realistic trans stories, helps society transition away from one in which cis white folks consider only their personal experience to be normal. Trans stories are normal because trans people are normal. What they are not, is universally understood.

Why This Time Is Different

Transparent’s Trace Lysette tweeted, “Oh word?? So you can continue to play us but we can’t play y’all? “Hollywood is so f—ed… I wouldn’t be as upset if I was getting in the same rooms as Jennifer Lawrence and Scarlett for cis roles, but we know that’s not the case. A mess.”

Sense8’s phenomenal Jamie Clayton wrote, ‘“Actors who are trans never even get to audition FOR ANYTHING OTHER THAN ROLES OF TRANS CHARACTERS. THATS THE REAL ISSUE. WE CANT EVEN GET IN THE ROOM. Cast actors WHO ARE TRANS as NON TRANS CHARACTERS. I DARE YOU.”

At first, ScarJo was flippant, directing people “to Jeffrey Tambor, Jared Leto and Felicity Huffman’s reps for comment,” referring to other actors who had played trans roles (one of whom was nominated for, and one of whom won, an Oscar for their portrayals). Later, she begrudgingly relented with a C- apology that said, in part, “While I would have loved the opportunity to bring Dante’s story and transition to life, I understand why many feel he should be portrayed by a transgender person, and I am thankful that this casting debate, albeit controversial, has sparked a larger conversation about diversity and representation in film. I believe that all artists should be considered equally and fairly.”

I’d probably feel warmer about her change of heart if it didn’t sound so coerced. Or if she didn’t have a history of accepting – and doubling down on – roles which people of the same race as the character should have had, at the very least, an opportunity to audition. As it turned out, Rub and Tug didn’t get made and I’m not too broken up about it. If a studio’s going to make a big motion picture about a fascinating trans person, there are plenty who aren’t a villain or a victim. Some are bona fide game changers, and not just by their transness. How about Stonewall activist Marsha P. Johnson? Filmmakers Lana and Lily Wachowski? Athlete Kye Allums? Or Jazz great Billy Tipton?

In a better world, all actors could vie for all roles. And writers could write what they know and producers would make films that allowed everyone to see someone who looked like them onscreen. While we are creating that world, sometimes people with privilege need to willingly give a little up. That’s what Halle Berry has done, with grace and humility. She didn’t get defensive and lash out. That’s why her apology gets an A* and she’s moved up in my esteem. The fact that she, unlike Scarlett Johansson, is still producing the film, instead of taking her influence and money away from the project, also says a lot about her character. We’re going to make mistakes, all of us; the kindest among us have blind spots and bad days. We with privilege need to take a page from Berry’s book and accept that we’re going to be called on it sometimes and the proper, skillful response isn’t defensiveness, but dignity. Maintaining your own, by acknowledging you don’t know (or deserve) everything, and respecting that of the friend who wants to help you to do better.

* It’d move to an A+ if she also acknowledged misgendering the man whose story she was considering telling.

This is Part I of a three part series. Part II reviews Disclosure: Trans Lives on Screen. Part III revisits this writer’s very problematic 2016 review of The Danish Girl.

Patricia Mitchell has been an editor, an attorney, a theatre reviewer, a Girl Scout leader and a promoter for punk bands. She is currently a freelance writer based in Baltimore, Maryland. Learn more at www.patricia-mitchell.com.