Hunters on Amazon Prime is one of the most insane shows to come on television in quite some time. With twists and turns galore, a grindhouse feel, brutal commentary on the United States of yesterday and today, this Nazi killing revenge fantasy is everything I didn’t know I wanted and I cannot wait for season 2.

To talk about more than the basics of the plot would be to give away too much so this review of season one will be divided into two parts: part one will cover the performances, writing, set design and cinematography of the show. Part two will go into full spoilers so be aware and let The Hunt begin.

One of the best things this show has going for it is the casting, with every actor bringing their a-games and committing fully to the premise. While Al Pacino is by far the biggest draw here, and gives one of the best, most nuanced performances of his career, it’s Logan Lerman, Greg Austin, Jerrika Hinton and Annie Hägg who carry this show on their backs.

Newcomer Hägg is just outstanding as young Ruth Heidelbaum, kidnapped and put into Auschwitz as a teenager. We watch her journey through the horrors of Nazi occupied Poland, how she finds love even in the midst of it with a young  Meyer Offerman and becomes the object of  Wilhelm ‘The Wolf’ Zuchs obession. These relationships, and how they lead to the birth of Jonah Heidelbaum, are the foundation of the entire show and Hägg is the key to all of it. Had she not been amazing at every turn, and had chemistry with everyone she was placed with, the whole thing would have fallen apart. Instead what we get is a performance that is so raw and beautiful it breaks your heart and gives you hope at the same time. 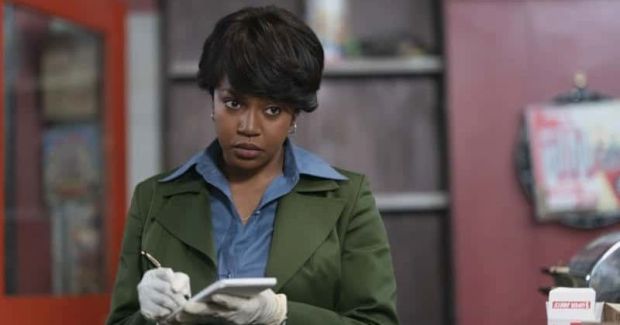 Jerrika Hinton is brilliant as the no-nonsense badass F.B.I. agent Millie Morris. Millie has to navigate being a black, lesbian, woman in the F.B.I., hard enough now, but ten times harder in the 1970s and stumbling across a vast conspiracy of Nazis in America. The fact that Millie’s storyline is grounded in actual real-life facts, yes Operation Paperclip was real and yes, NASA really did employ Nazis from top to bottom, gives a real world feel to the over the top antics of the entire show. Watching Millie do good old fashioned detective work, and be stymied at every turn, adds a wonderful layer of mystery. We know what’s going on is real but Millie doesn’t and watching her discover just how deep the rot is ratchets the tension up as we hope and pray she, and those she loves, don’t get hurt with every new thing she discovers.

Then there’s Logan Lerman and Greg Austin, aka Jonah Heidelbaum and Travis Leich, the heirs to both sides of the legacy of Nazi Occupation. The show does a masterful job of paralleling their stories from the outset as Travis, an American Neo-Nazi, calmly and calculatingly, rises the ranks of the fully entrenched nascent Fourth Reich in the United States, guided by The Colonel, Lena Olin at her terrifyingly charming best; while Jonah, the grandson of Ruth, a literal genius who has been accepted in to every Ivy and MIT but can’t afford any of them due to his financial situation, flails as he tries to figure out what to do with his life. Until he meets his grandmother’s lost love  Meyer Offerman who takes him under his wing and helps him realize his full potential. Lerman and Austin bring such depth to two characters who could have easily gotten overshadowed by the comic book feel of the show and its premise, especially as most of their scenes are opposite acting giants Pacino and Olin respectively. Instead both young men not only rise to the challenge but bring out the best in two actors who honestly haven’t really had to do more than phone it in for years. 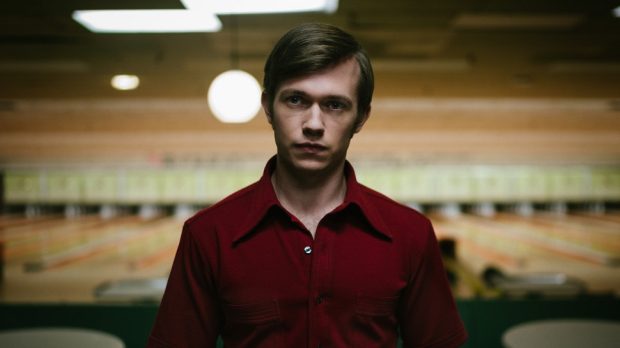 Which brings me to last, but not least, Al Pacino. This show reminded me of just how phenomenal of an actor Al Pacino is when he commits and boy does he commit to his role of Meyer Offerman: the man who has had it up to here with the Nazis getting away over and over again, of the law failing, excuses being made by those who should know better, and decides enough is enough. His Meyer is by turns brutally ruthless and wonderfully loving, his care for his team counterbalanced by his violent overprotectiveness of Jonah, his ‘light’, the ‘beautiful boy’ who is the last connection he has to the woman he loved. Pacino’s Meyer is a man of so many contradictions, one who has chosen a path that he cannot turn back from and who will do anything, destroy anyone, if it means taking every Nazi he can find with him and keeping Jonah safe. It’s a jaw dropping performance that has to be rewatched to fully grasp the many different levels Pacino is working on at any given time.

The writing of the show is deft, and far more subtle than it seems, especially on first glance. To give too much away would spoil the entire season and I won’t do that, this a show you need to experience for yourself. However, what I will say is that there are layers of clues sprinkled throughout the season that lead to the events of the finale and for how things will go in season 2. This is a show that it’s easy to get caught up in the flash of, it’s visually arresting, with the sets, costuming and pure zaniness dialed to eleven at all times. Yet the writing keeps it emotionally stable in the smaller moments: the love between Mindy and Murray Markowitz that has survived unimaginable odds. The budding relationship between haunted soldier Joe and Black Panther Roxy. Lonny’s use of humor to cover up the deep emotional scars of an abusive parent and Harriet’s viciousness that hides a heart that has been broken repeatedly.  This is a team of broken people who see the evil in the world and are unwilling to let it stand any longer. The writing lays the foundation and the actors bring it home while the sets, music, cinematography and costuming allow for the fantastical premise to shine.

Overall this is a fascinating series that is worth watching over and over.

Four and Half Bazookas out of Five

Check back in tomorrow for our spoiler heavy review of Season One of Hunters!