The Final Fantasy VII Remake we’ve been anticipating for five years recently released a demo. A demo that lets you play the beginning sequence of the game; one which many of us are all too familiar.

Players experience the initial mission by AVALANCHE to bomb a mako reactor. Starting with the iconic train ride in and ending with the explosion of the reactor, the demo provides a total of about 45-60 minutes of playtime. 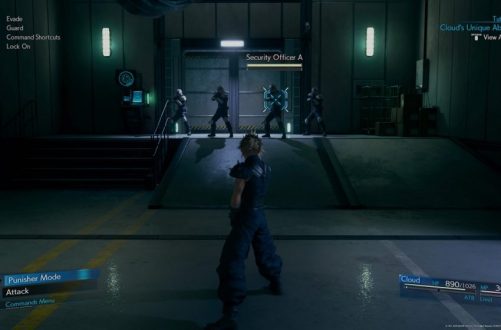 So, was the hype worth it?

As a long-time Final Fantasy VII fan, it was everything I hoped for and more. The remake doesn’t just have updated graphics, but also great gameplay that’s both new and familiar.

The 3-D models and world are (obviously) better than the original Playstation’s blocky graphics. Although the demo was a bit of a railroad (no pun intended), the world had a lot of interaction and plenty of detail.

The controls are initially unfamiliar, different from many Final Fantasy games, but quickly become old-hat thanks to the tutorial. From finding chests and destroying Shinra boxes to pulling up the map, this game is no more difficult than any other.

FF7 Remake’s battle system is practically seamless, transitioning between the cut-scenes, open control, and combat. Only a few times did I feel taken out of the illusion when a scene suddenly started in the midst of me moving.

Similar to the active battle systems introduced in Final Fantasy XII, characters can move freely during the fight, and AIs often do the work of other characters. You can leap spontaneously between each party member to queue specific actions.

Unlike the older turn-based games, however, there’s more of an “action” feel; the basic attack is full of button jamming (or holding for combos). Also, while the Active Time Battle gauge still exists in some form, it can be refreshed through using other abilities.

Battle uses a variation of Final Fantasy XIII’s Stagger system, meaning that beating difficult enemies and bosses requires focused tactics. Also of importance is the existence of ranged enemies and attacks, meaning specific party members have an advantage, and others will have to use Spells or other abilities.

As for the story and characters? Unfortunately, we haven’t seen much of it, but it seems to follow all the familiar beats of the original (down to some direct copies of the script), but with more flourish and personality.

Even the music follows the same themes, merely updated from the MIDI-quality to modern orchestrations. Of course, given that epic composer Nobuo Uematsu has returned to score the Remake, it only makes sense.

The character models and voice-acting are decent, better than other Final Fantasy games. I appreciated more depth from Biggs, Wedgie, and Jessie, who each have distinct personalities and motivations.

Two criticisms I had were Barret’s stereotype and Jessie’s sexualization.

While this is Barret Wallace as imagined in Advent Children, he still comes across as a “tough black man” cliche; he sounds like Wesley Snipes from Blade but reads like Robert Downey Jr. from Tropic Thunder. They also made Jessie a little too sexual (notably her excessive boob armor), but it was refreshing to see she also had a quick wit and interest in Cloud.

What was most disappointing was that the demo ended so fast! After playing with these characters and getting into the battle system, even the minimal story provided made you want to see the next moment.

Unfortunately, once you finish the mission and escape the explosion, you’re greeted solely by a series of cut-scenes of the events to come. After less than an hour of play, you’ll have to wait another month to start over and play the full game.

If this demo is anything like what we’ll be getting in April, then fans and newcomers alike are going to enjoy this game. FFVII had one of the greatest stories and worlds, and now we can enjoy them with new graphics, full voice-acting, and more of an action-platformer feel.