The trailer for the big-screen adaptation of Andrew Lloyd Webber’s Cats has now been out, and the responses to it have been notably negative and snarky.

#CatsMovie is about a bunch of witches and wizards fucking up Polyjuice Potion. Change my mind. pic.twitter.com/Tc5QxcNtzl

All I could think of when I saw the #CatsMovie trailer pic.twitter.com/f7zaVpjLVx

The new #Catsmovie trailer just looks like they've made a film about those medieval paintings where the artist has tried to draw a cat from memory. pic.twitter.com/XwvNqShqTC

The list goes on, and I find some amusing, but I’m going to state an unpopular opinion now. I think the film of Cats looks impressive and I’m psyched to watch it.

I want to be clear; I’m saying this as a big fan of the Broadway production. I was lucky enough to see its original run as a child and even meet one of the cast.

I grew up reading T.S. Eliot, including Old Possum’s Book of Practical Cats, and my mother instilled in me a love of musicals and the theater. I’d already heard the recording of the entire show (on LP record, to date myself further) before I’d seen it, and fell in love.

When the video came out in the late-90’s, I watched it repeatedly and felt the magic return. There was no musical like this musical, and there’s no doing anything about it.

Fast forward to recently when I learned that they were doing a big-screen adaptation, joining the likes of so many other stage musicals. I didn’t worry as I’d enjoyed many of them, including Chicago, Phantom of the Opera, Rent, Sweeney Todd, and Les Misérables.

These performers ranged from some of our top singers and dancers to award-winning (and knighted) actors. I’m not saying every star-studded film does well, but this was a cast worthy of the hype.

When the trailer finally dropped, I watched in interest at the choice of adding CGI to the cast. Although I’d only ever seen the practical make-up and outfits of the stage, I wasn’t disgusted like anyone else – I was intrigued.

The more I watched, the less I cared about the CGI. The music was still there, the cast seemed to fit perfectly, and the epic sets and imagery had me psyched.

Which left me feeling outside when my social media feeds were filled with memes and comments about how “horrific” the trailer looked. Let’s be frank – this movie doesn’t look anymore horrible than many other CGI choices.

People are so quick to jump on how awful the most recent thing looks, from Sonic to the Genie. They conveniently forget, however, how much they cheered for things like the Star Wars prequels in the theaters, applauded Avatar, or continue to rose-tint the F/X from late-20th-century blockbusters.

I see nothing wrong with the choice to CGI people into a furrier, more cat-like version of the bodysuits and make-up from the stage. I recall people initially criticizing the “disturbing” outfits when the show first hit Broadway, and this jump on the haterade bandwagon feels eerily similar.

Looking beyond the CGI, the sets look even better than the limited “junkyard” of the original. Now we get to see them in streets, houses, etc., all using a combination of practical effects and CGI to make everything seem cat-sized.

My only concern is the cast and how well they keep up with their originals. To be clear, I’m not expecting Jennifer Hudson to be Laurie Beechman or Elaine Page; nor do I expect Judi Dench to live up to Ken Page, but I do hope for comparable performances.

I believe that each of these performers can pull off these characters, though, especially compared to the recent travesties in broadcast TV “live” musicals. 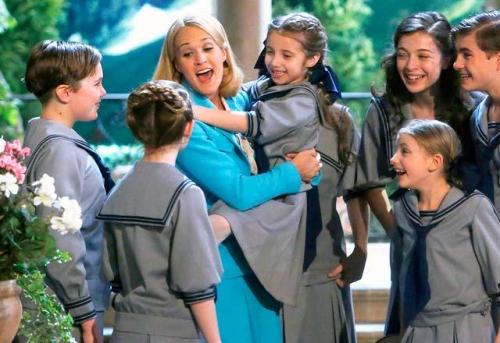 And they kept trying after this…

Is it possible that the film adaptation of Cats will suck or bomb? Sure. I was psyched for Into the Woods, but the performances fell flat (despite the talent) and the changes to the material made things a mess.

Even with lousy TV adaptations and the possibility of failure, however, I’m still optimistic and see nothing wrong with the trailer or the CGI. This cast looks excellent, the effects are exceptional, and I’m ready to take that journey to the Heaviside Layer.