As I was live tweeting the finale, and talking with some of our awesome followers, one of the quotes that stood out to me the most regarding the back half of this season, and the show overall, was this:

I think I’ll probably never forgive this show for what it’s done to its (limited) people of color. One publicly murdered in chains, the other so bereaved that he condones the rape and murder of women and children in the name of a crazed white savior. #DemThrones #smh2019
Via https://twitter.com/BlazeEBlake

This one quote summed up so much of my ambivalence with how this show ended and what was done to the characters (especially to the characters of color – #Dorne) to get here that there’s not much I can add. So, that being the case, I’m approaching this review by looking at the performances of our three leads and less the overall arcs of the show.

Now, onto the review. 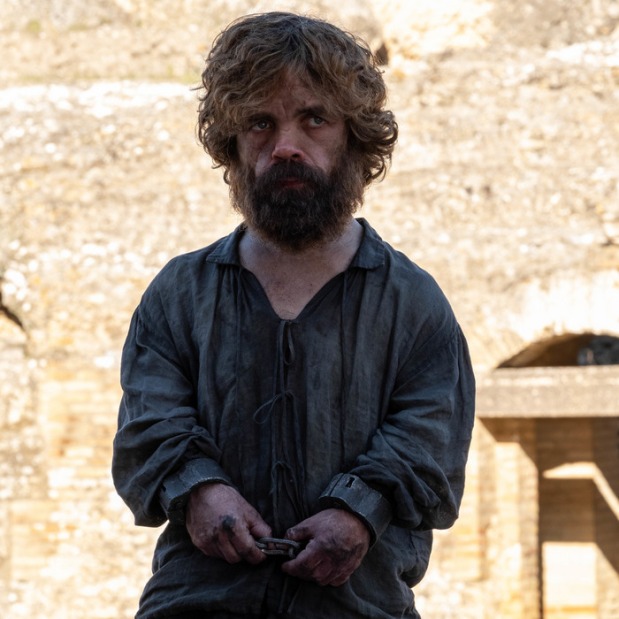 In the finale of Game of Thrones, we look at what a lifetime of decisions, good and bad, leads too. Tyrion, walking through the devastation of King’s Landing, looks utterly wrecked. This massive slaughter, this loss of life, is a direct result of his choices, of not only selling out Varys but of backing Dany blindly, despite every single sign saying that she was growing increasingly unhinged. Peter Dinklage sells so much of Tyrion’s despair and sadness. The moment he finds the bodies of Cersei and Jaime amongst the wreckage is one of the, if not the, most heart wrenching scene of the season. You believe, totally and completely, that despite everything that both of his siblings have done, to him, each other, and so many others, that Tyrion is broken by their deaths. There’s nothing left for Tyrion now, the woman he adored, who he believed in, to the point of lunacy, not only murdered his family but so many others, and has no regrets. At all…

Emilia Clarke. Y’all. Let’s talk about how utterly, amazing Emilia Clarke is for a minute. This is a woman who has spent the last 10 years doing almost fifty percent of her scenes against a green screen, with nothing and no one to interact with. The other half of her time is selling storylines and character decisions that, in all honesty, would’ve made anyone else automatically flag as a villain. At one point Tyrion lists Dany’s resume of horror and it’s only when it’s systematically laid out, so impersonally, that you realize just how truly awful her actions have been. Yet, Clarke’s acting has made this character so complex, so kindhearted and fierce that we’ve been rooting for her the whole time, right up until it was too late. Do I think the show would’ve benefited from giving Clarke and Daenerys the time to really build to the terrors of the last two episodes? Absolutely. Does Emilia Clarke fully inhabit Dany’s insanity and worldview? Absolutely. Not going to lie, despite everything I love Dany so much, I wanted there to be even a sliver of hope that she could be redeemed. Yet, I knew, just like Jon did when he looked in her eyes and saw more madness than mercy, that it was over. 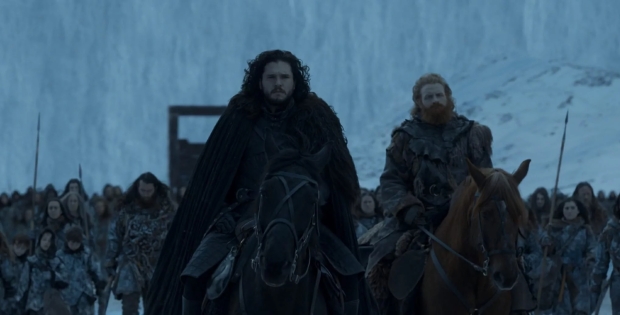 Jon Snow. The man who did not want to be king. All Jon Snow wanted to do, all he ever wanted to do, was protect the realms. All of them. Not just the people who looked like him, and behaved like him, or believed in what he believed in, but everyone.  He knowingly, and unknowingly, gave up everything, including his life, to do so. Finally, after reuniting with his family and reclaiming all the Starks had lost; bridging peace between the North and the Free Folk; getting the allies and armies he needed to fight The Night King; and falling in love again after the death of his first love it seemed he would be happy. Then it all falls apart within the span of a few days. Kit Harington has been on fire as he showed the subtle, yet absolute, spiral of Jon Snow as everything he believed about himself, his family and Daenerys gets upended and destroyed with just a few words from his best friend. His indecision, his fear and his anguish as he realized that there was no saving Dany, not after what she had done literally made me tear up. The moment he declares his love for Dany, and vows to love her and only her until the end of his days, knowing what he was going to do? Is just superb. It’s a gut punch because the one thing we all know Jon isn’t, is a liar. He will never love anyone again, not like he loved her and he still did what needed to be done and was fully ready to die with her. Well done Kit Harington, well done.

The wreckage of King’s Landing is so horrifying, kudos to the set designers because my gawd…

Grey Worm’s rapid descent into murderous awfulness…is gross, but damned if Jacob Anderson doesn’t sell it. Grey Worm still going to die going to Naath though, did he not listen to anything Missandei said about the wildlife there?

Arya spends this episode being Jon’s murderous shadow, ready and willing to kill anyone who looks at her soft hearted brother wrong, which Yara Greyjoy almost learned the hard way.

Also, I’m sorry but anyone who couldn’t be bothered to show up for either The Long Night or wasn’t on the ground at King’s Landing to see the shiteshow that Daenerys wrought? Can shut all the way dafuq up. I’m looking at you Yara Greyjoy and Edmure Tully.

The new prince of Dorne was there and of course the only other brown person in the entire episode wasn’t allowed any lines. Or a damn name.

I love how Jon’s ‘punishment’ for saving the realms from Dany’s crazy was to be sent back to the wall, where Tormund, Ghost and all the Free Folk he’d saved at Hardhome were waiting like, ‘What’s up King Beyond The Wall? Let’s hit the bricks’

Ghost! Ghost got all the pets and love and honestly that’s the only thing that matters.

It’s been a long ten years, filled with ups and downs. Is this how I would’ve ended things? No. Was this ending visually stunning and emotionally wrecking? Yes. Will I be here for the prequels? We’ll see.

“Night gathers, and now my watch begins. It shall not end until my death. I shall take no wife, hold no lands, father no children. I shall wear no crowns and win no glory. I shall live and die at my post. I am the sword in the darkness. I am the watcher on the walls. I am the shield that guards the realms of men. I pledge my life and honor to the Night’s Watch, for this night and all the nights to come.”

P.S. Fun fact, the name Aegon means ‘I Am’, heir and dawn. As Jon headed north of the wall new growth began. The land is tied to its king and the king to the land. – nice catch @arrpeebee!

1 Comment on AV Brew – Game Of Thrones: The Iron Throne