It’s official, dear readers. After just three seasons, ABC has brought the axe down on one of my favorite TV shows in recent memory. Speechless, ABC’s groundbreaking sitcom about the adventures of a non-verbal teenager with cerebral palsy and his family, has been cancelled by the network. That’s right, there will unfortunately be no fourth season of this hilarious show.

At its core, this was a story about family, and what it means to do whatever it takes for those you love. Whether it’s family by blood or family by choice, the DiMeo clan and Kenneth always stood together against anyone who would look down on them or try to come between them. With Maya as the bullish helicopter “special needs mom”, and Jimmy as the outwardly-meek-but-inwardly-strong and wise dad, JJ and his siblings were never far away from anyone who would go to bat for them. Even with as much as the kids would butt heads with one another, it was clear that they too were always there to support each other with any challenges they faced. 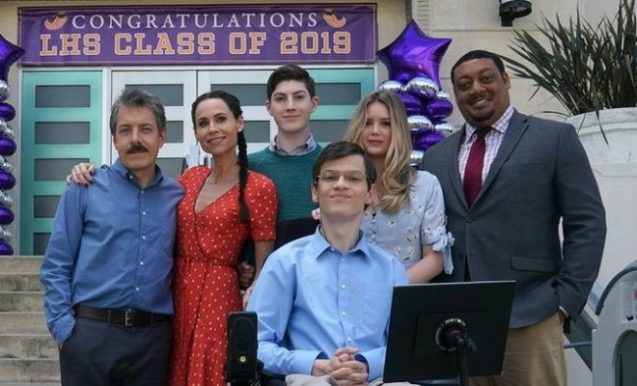 The loss of this show also comes as a blow to the disability community. This was one of the first times that a character with a disability was ever portrayed by an actor with a disability, making it a high point for disability representation in Hollywood. With as many times as I’ve ranted about and railed against disabled characters being played by abled actors, it was more than refreshing to see young Micah Fowler take center stage as JJ and absolutely ROCK this role. 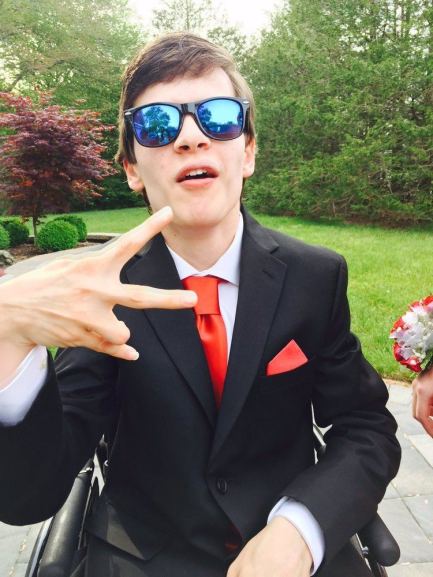 Over its three-season run, Speechless has been nominated for and won several awards; ranging from Micah Fowler being nominated for a Teen Choice Award for Choice TV Actor: Comedy, to the show itself winning a Television Critics Association Award for Outstanding Achievement in Youth Programming. For those of us who watched and enjoyed this show, it’s clear that Speechless was deserving — nay, more than deserving — of these accolades. Still, I’m left wondering what could have been accomplished had Speechless stayed on the air. Perhaps an Emmy or a Golden Globe could have been waiting in the wings? Who knows? All I can say is that this will remain one of the best things that I’ve seen on television, and it’s a real shame that others didn’t see what I saw.

One can only hope that Hollywood learns from Speechless. The show’s very existence on television was (and is) a clear sign that viewers are more than ready for actors with disabilities to take their place in the world view. It’s time for Hollywood to sit up and take notice of all of the virtually untapped talent in the pool of those actors, and take a chance on someone new. Why not follow the lead of show creator Scott Silveri by shining a light on the number of actors with disabilities out there who could make huge waves in the world of television, film, and theater?

All of this being said, we’re really going to miss our weekly visit with the DiMeo family. Speechless made a big impact on a lot of us, and there’s certainly going to be a void left by its cancellation. Still, we can all take a lesson from Minnie Driver herself. Following the news of the show’s cancellation, the leading lady tweeted:

Well now listen. Speechless has been cancelled and it feels rather sad. However, I truly believe we have left this conversation about family, disability and love in a better place than we found it. I love all the people I worked with on it, and all of you who loved our show too x

JJ, Maya, Jimmy, Ray, Dylan, and Kenneth, we wish we had had more time.