ABC’s breakout hit show Speechless may be on summer hiatus (can’t wait for season 2!), but that doesn’t mean its creator and executive producer, Scott Silveri, is resting on his laurels. Instead, he’s had a few things to say to casting directors and his fellow producers about reaching a rarely-tapped pool of talent in Hollywood.

The talented showrunner has recently been urging a lot of Hollywood hard-hitters to cast more actors with disabilities in their projects. Silveri is even quoted as calling any perceived barriers to that type of inclusion “false”. Speechless, which premiered its pilot episode on September 21st, 2016, has been a huge success for Silveri, and he states that having a person with a disability in a major role on the show (the talented Micah Fowler) has been nothing but positive. 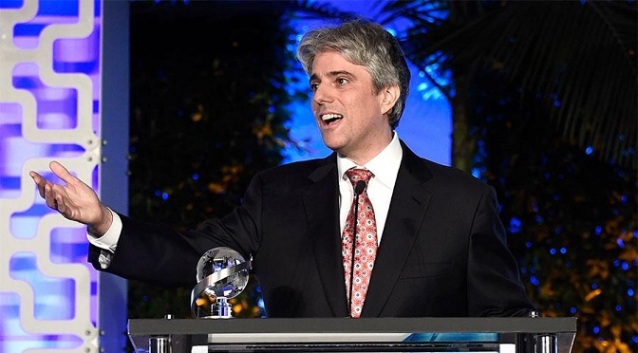 Silveri at the 2017 Television Academy Honors

Speechless was one of six shows which were celebrated at the Television Academy Honors, which recognizes “programming that explores and confronts significant issues facing our society in a compelling and impactful way.” If you’ve been following PCU on Twitter, you’ll have seen that the show does exactly that, in the most hilarious ways possible on network TV.

Scott Silveri created Speechless to be based on his own life experiences, having a brother with cerebral palsy – the same condition as Fowler and his character of JJ DiMeo on the show. Acknowledging that (despite his own experiences) he had not always done his part to include actors with disabilities on screen, Silveri chided himself in his statements at the event. “For the twenty years I was doing this before, the number of people I cast with disabilities was a whopping zero, and I should have known better”, said Silvestri in his speech. “But I’m here to share from my very positive and fortunate first-hand experience, that the barriers to casting those with disabilities are false and imagined, and the rewards are great. There is a real appetite for their stories.”

Since the premiere of Speechless, Silveri has become a very vocal proponent of and advocate for people with disabilities. His work on the show has displayed his willingness to push a boundary that only others saw, and show the world that we people with disabilities are here, and we’re not going anywhere. As a huge fan of the show, and on a personal note, I salute Mr. Silveri and the rest of the Speechless cast on their fantastic work, and look forward to much more from them in the future.