Facebook landed a bombshell the other day when they announced they would begin banning groups and users that supported white nationalism and separatism. Although Facebook supposedly always restricted hate speech and abuse, they often allowed nationalists and separatists through a loophole, claiming they weren’t necessarily the same as bigotry and amounted to “an important part of people’s identity.”

The flaws in Facebook’s ignorance and failed algorithms aside, this was a bold move and hopefully a moment of progress in social media. Although many are pessimistic about whether this will help the toxicity of the Internet, or address Facebook’s lack of proper moderation (not to mention ethics), it’s still nice to see one of the most significant sites behind today’s rise in hate and bigotry taking a stand.

You may ask yourself, however, “What does this have to do with pop culture and geekdom?”

The fact is, social media and pop culture are intertwined, with Facebook hosting thousands of groups dedicated to every topic we cover here. Among those Facebook groups (and accounts), you’ll find far too many that are responsible for the very toxicity and gatekeeping we’ve talked about time and time again.

Although very few geek groups are flagrantly white supremacists, the fact remains that far too many become havens for individuals who spout faux-centrist and alt-right rhetoric. From complaints about “diversity in comics” and women/PoC-focused movies to GamerGate and Sad Puppies, the usual anti-SJW neckbeard brigade is out in force thanks to the echo chambers of Facebook.

Facebook’s ban doesn’t directly affect these groups or individuals, but it could if the limits on “hate speech” are expanded.

A group espousing white separatism is little different from one that supports toxic masculinity, misogyny, and rape culture, like many MRA, incel, and Jordan Peterson followers. Why is it now OK to ban white nationalists, who demand the expulsion (or genocide) of PoC, but we allow homophobic slurs and transphobic jokes, all of which are rampant in gamer and geek culture?

Although “Connected Yet Alone: The Enemy Online” mentioned a few examples of how bad Facebook groups are, I wanted to pinpoint precise group types that are problems. The hope is if you see a group like this (or if you’re responsible for one) you’ll realize the negativity and toxicity.

Otherwise, Facebook may be coming for you (and your echo chamber) next. 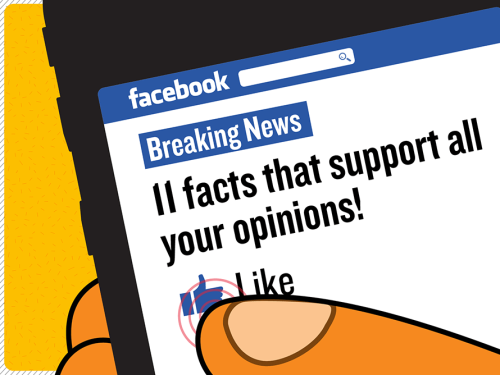 The first type is the “no politics!” group, which seems like a minor issue; many places understandably want things to remain apolitical. “We’re just here to have fun and talk about our fandom!” is the usual claim, often accompanied by, “I don’t see race, sex, politics, etc. I only see fans and hobbyists.”

One problem with these groups is that you may think that pop culture is apolitical, but it’s not; geekdom has always been political, from the early days of comics to the latest television shows. About the only thing that might count as apolitical is games, and even there you’ll still find social and political themes.

How do you talk about Star Trek or X-Men without delving into politics and social issues? Science-fiction is founded on philosophical, social, and political questions.

Why shouldn’t we discuss accusations of bigotry or rape by industry figures, from TV shows to tabletop games? Knowing who to idealize, or give our money to, is an essential aspect of fandom.

The fact is, politics affects pop culture and fandoms no different than the rest of society, so you can’t divorce the two. By trying to remain “apolitical,” you’re not only ignoring the core themes of geekdom, but you’re also censoring important issues within geek culture. 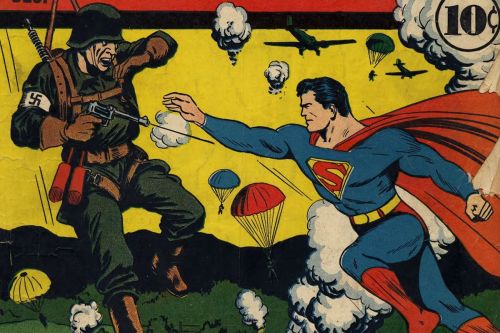 Another issue with “apolitical” groups is one of privilege and ignorance: what you consider “political” is probably a legitimate concern for entire demographics.

Admins often brush off complaints about racism or sexism as “bringing politics into it,” when all people are asking is to be treated with respect and civility. Discussing equal representation or complaining about bigoted language isn’t being “political” – it’s called being a decent human being.

When admins or moderators ban people for standing up for themselves, they’re not “apolitical” or “colorblind.” They’re ignorant and inconsiderate jerkwads who prize being comfortable over someone’s genuine concerns.

Another type of group doesn’t claim to be apolitical but instead hides behind “fostering open discourse” and hoping “everyone can behave like adults.” They refuse to moderate and, in so doing, only create a cesspool of rhetoric and hate hidden behind the veil of “free speech.”

Now, we must all fear evil men. But, there is another kind of evil which we must fear most … and that is the indifference of good men!

Refusing to take sides is a garbage excuse for letting people spout obscenities, slurs, and other offensive languages. It doesn’t make a page look impartial or in support of civil discourse; it makes it look like a bunch of emotionally-stunted nerds with the maturity of pre-teens.

“Civil discourse” is usually anything but civil and just an excuse by “logic-minded centrists” who are anything but those things. 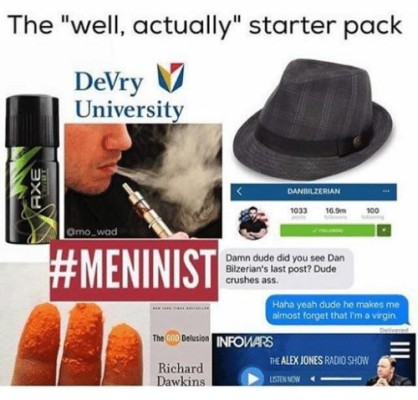 Admins who refuse to step in aren’t helping anything by being indifferent to the behavior of people, and in fact, are making things worse. Not moderating when someone says something ignorant, trolls others, or even spouts flagrant hate, only reinforces the behavior or beliefs.

This rejection of intervention and consequences for disrespectful behavior only makes these pages (and their owners) complicit. The “fence sitters” are just as guilty as the flagrant bigots in geekdom, and anything that arises from bigotry also falls on the admins, given they had the power to push back against these thoughts and behaviors.

Let’s be frank: there’s no room for fence-sitting when it comes to basic human and civil rights or the social systems (and norms) that trample on them. Either you agree that people should be treated with respect, civility, and empathy, or you don’t.

The next step down from fence-sitting are those who allow this behavior under the guise of “locker room talk,” or in this case “gamer talk” or similar excuses. Admins just brush incidents off as “boys will be boys,” “everyone uses that word,” or “nobody meant it like that.”

If anyone dares speak up, however, suddenly the complainant is the problem, not the people slinging slurs or charged language. “Stop being so sensitive” usually followed by “snowflake,” “libtard,” or any other number of alt-right or faux-centrist slurs.

What these groups and individuals need to understand is that words matter and impact often trumps intent. Especially given you’re talking to a stranger through a text-based communication, with no familiarity or body language to provide additional context, you need to moderate yourself (or have someone do it for you).

The worst part of these sites is that the “gamer talk” isn’t just boys being boys – it’s all too often either the source from which real dehumanization and bigotry grow or the cesspool in which it flourishes. When you have a FB group that allows people to sling slurs and hateful rhetoric, you’re not just letting people blow off steam; you’re inadvertently supporting the thoughts behind the words.

Admins may think they’re mature enough to separate language and behavior from real-life hate, but that doesn’t mean they are, let alone the members of the group. What may look like a silly joke about Naziism to a moderator might be that person’s real-life support for genocide and white supremacy.

Not to mention, any impressionable minds are now surrounded by people spouting hate and rhetoric. The more you’re exposed to something the more it becomes the norm, so soon enough using the N-word, using “gay” as a negative, or even talking about pressuring women into sex (i.e., rape) aren’t just jokes or “gamer talk” – they’re typical thoughts and behaviors.

Of course, the worst level of toxicity is reserved for groups that don’t even hide who they are or about what they’re talking. You’ll find places on Facebook that revel in edgelord or bigoted behavior, from the members on up to the admin.

Whether these people are doing it “for fun” or believe in every misogynistic, racist, and homophobic statement, there’s no doubt the effect of these groups. They’re exclusive and insulting, drag pop culture and fandoms down, and are breeding grounds for dehumanization, offense, and hate.

Completely inappropriate “jokes” about the Holocaust, rampant use of racial and anti-LGBT slurs, claims of Leftist-conspiracies ruining hobbies, etc. If nerd nationalism and separatism were a thing, then these FB groups and accounts would be the perfect examples.

The question is, if Facebook is willing to start properly enforcing their codes against hate speech, how far will they go? Will they start dismantling the flagrantly bigoted groups?

What about the edgelord, troll, and “gamer talk” groups, or anywhere that doesn’t control its hateful rhetoric? Will they start banning people who post hate speech and what about those groups that don’t police the language of these individuals?

At some point, we must accept that these echo chambers no different than the nationalists and separatists. Even among geek culture, the crossover between “bigot” and “well, actually” is big enough that something must be done.

Hopefully, Facebook starts taking more steps, and if they follow through with their current bans, there’s a good chance they’ll look at further problematic groups and accounts.

The real question, however, is what actions you are taking to help stop these problems. Do you run a pop culture or geek group? If so, what sort of environment are you fostering?