Marvel Legends. A toy line that’s been around for a couple of years, and is usually pretty good about showing the character(s) they’re presenting as the iconic heroes (and villains) we’ve come to know and love. However, they’ve just earned my ire and I feel the need to vent to all of you lovely people.

“What happened”, you ask? Well, it has everything to do with the newest announcement & marketing for their Marvel Legends “Vehicles” figures. It was announced yesterday, that a new set of Marvel Legends Vehicles were available for pre-order. “Vehicles” being the key word here.

The first figure (which is just fine), is everyone’s favorite Merc With A Mouth. Deadpool. Driving what looks like a red Vespa-style scooter, with Dogpool and Squirrelpool riding on the back, our crimson-clad antihero looks great. The accessories and vehicle fit with the Deadpool persona, the set is comical and cute, and it has a certain childlike charm to it. Good on ya, Marvel. 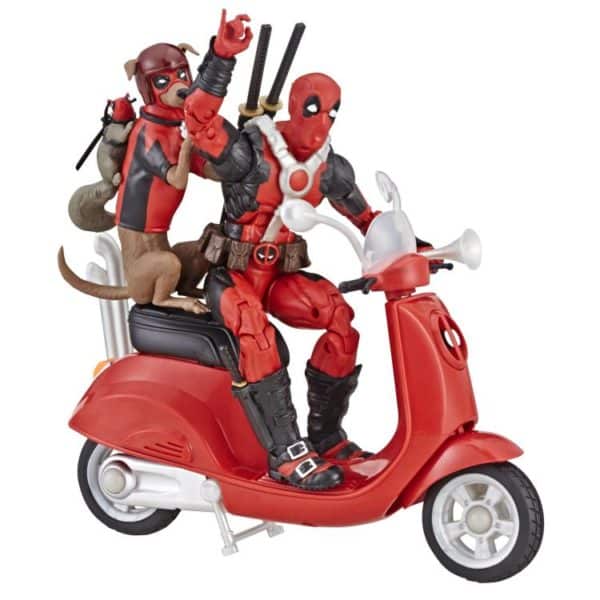 Then I saw it. I looked at the other character that was announced in the Marvel Legends Vehicles line, and my head about popped off.

“But Doug,” I hear you asking. “Why would that upset you? I thought you loved Xavier!” I do, dear readers. I love the character of Professor X so much, that he was my first official cosplay at a convention (see my bio at the bottom of this page). However, it’s Marvel’s choice of accessories and marketing images for the good professor in this toy line that have got my knickers in a twist. First, let’s talk about what Marvel is considering as Professor X’s “vehicle”. His classic yellow hovering WHEELCHAIR. Yes, dear readers, a mobility aid is apparently akin to a vehicle as far as Marvel and their toy manufacturer are concerned.

Not sure why they couldn’t have set Xavier up with a car (many of us wheelchairians do drive, after all) or something. Hell, Marvel could have even included one of those ridiculous Kenguru cars that are made to have a wheelchair rolled right inside them! 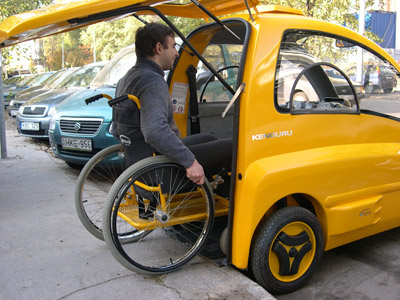 Personally, I hate these things

So, there was that. However, Marvel’s complete ignorance on wheelchairs vs. vehicles was just the proverbial tip of the iceberg for me. On top of their first gauche oversight, they also decided to use one of the worst possible promotional images for a paraplegic character. Here’s what they thought was a good idea to promote Xavier’s set: 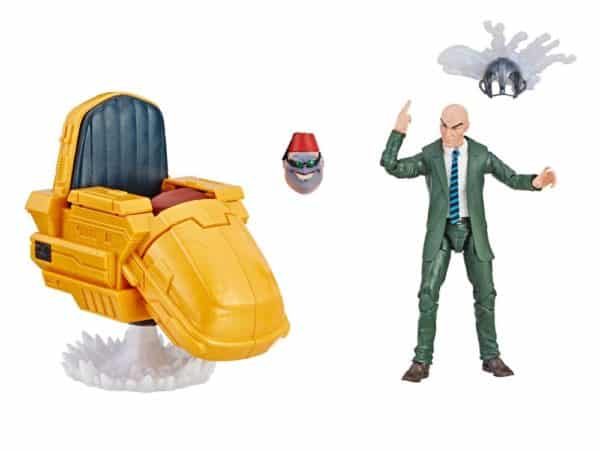 Yep, you’re seeing this correctly. The classic Charles Xavier, green suit and all, STANDING next to his hover chair. WHY, Marvel? Why must you participate in disability erasure like this? It’s bad enough that so many of our favorite superheroes with disabilities have had some miraculous “cures” given to them, but now there’s a toy representing one of the most well-known disabled characters in all of comicdom is being shown standing, and the most visible part of his disability is being referred to as a “vehicle”! What the hell, people??

As we’ve talked about at length – both here on the website and in panels at conventions, one of the main reasons for diversity inclusion in our fandoms and other media is so that viewers, readers, and gamers will have characters with whom we can identify on more than just a superficial level. This inclusion gives a lot of hope and a lot of joy to so many young kids and young adults with disabilities around the world, and to see it basically ignored here is a huge slap in the face, in my opinion.

There are so many other ways that Marvel could have taken this line, and yet they chose a short-sighted capitalization on a popular character, without even considering one of the the most important aspects of that character. It’s not like thinking this kind of thing through is difficult, either, but the comics and media giant seemed to find a way to cut corners in the most idiotic way with that. ‘Hm, what kind of vehicle could we give Charles Xavier? I know! Let’s call his wheelchair a vehicle, and be done with it!”

This was really poor form, Marvel. Maybe, as far as your characters with disabilities are concerned, try consulting with people who actually live with these disabilities every day. Ask questions. Get to know what drives us (pun intended). Learn before you make assumptions that make you look like idiots.

We see you, and many of us are not pleased.

2 Comments on Marvel, Please Learn What Is & Is Not a “Vehicle”