One of the greatest voices of modern entertainment has passed away. PCU remembers Neil Simon. 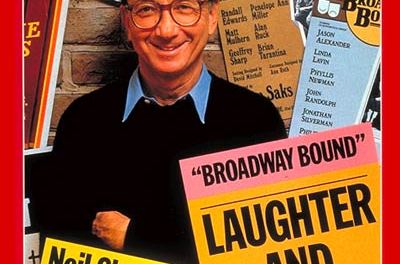 It’s all but impossible to understate how great a loss the entertainment world has suffered today with the passing of Neil Simon. From Hollywood to Broadway to the most remote of local community theatre, Neil Simon made us laugh, made us cry, and made us see the humanity in ourselves and our family.

I have been a performer for over 30 years and I cannot think of a single person who has performed who hasn’t been in one of his plays, or performed a scene in an acting class, or used one of his monologues in a performance. Simon introduced the world to Matthew Broderick with Brighton Beach Memoirs on Broadway. Without Simon’s most famous work, The Odd Couple, we might not have the movie Grumpy Old Men.

After all, it was in the film adaptation of The Odd Couple that we first saw Walter Matthau and Jack Lemmon pair up and square off. The Odd Couple also gave us the combination of Jack Klugman and Tony Randall on TV. Later, Simon adapted the play and switched the genders on all of the roles, giving women a chance to play a style of comedy that they often don’t get to do, but that wasn’t a stretch for Simon, who made it a point to give his female characters strength, comedy, hubris and pathos.

Neil Simon wrote about family, about the little moments that we all recognize in ourselves and each other. He was so prolific that he twice had four plays running on Broadway simultaneously, a feat only ever accomplished one other time by one playwright, but no matter how prolific his writing was for stage and screen he always made the people on that stage or screen feel like family. He never used 6 words when 2 words would do. He didn’t waste dialogue and he didn’t waste a chance to create a moment.

3 Comments on In Memoriam: Neil Simon