I want to first preface by saying that, in my younger days, long ago in nineties, I loved Pokémon. When the series premiered and everyone and their grandma caught Pocket Monster fever, I was about it. Meaning, I watched the show constantly, played the games (Red, Blue, and Yellow on my Gameboy Color), and had a ton of cards, though I’d be lying if I said I knew what to do with them beyond horde them like a dragon hoards gold. When I got older, I didn’t stop loving Pokémon, but we hit a patch of irrevocably waning disinterest and ultimately faced a kind of conscious uncoupling. Apparently, Pokémon and I just weren’t meant to make it for the long haul.

The world I once knew

In 2016, the emergence of a mobile game for the franchise was a bizarre kind of novelty for me. On one hand, it was simultaneously nostalgic and modern, giving players a chance to live the life of a Pokémon trainer that much more realistically. On the other hand, it appeared to be far and away from what I usually look for in my gaming preferences; more specifically something with a reasonably achievable end. Add that dissonance with the notion that I had well and truly moved on from the fandom (outside of loving Eevee — that part of me will never die), and in a nutshell you had my reasons for passing on it altogether.
Fast forward to 2018, where I’m working collaboratively with a decent clutch of pop culture enthusiasts and Pokémon Go comes back into the spotlight by way of debugging updates and an upcoming, integrative video game for the Nintendo Switch. Inevitably, in the course of simply staying current and carrying on with nerdy business, my lack of Pokémon-ing (Going? Eh) came up and after some gentle-ish prodding, I was finally convinced to stop being a baby and give it a shot. Long story longer, here’s what did (and did not, as the case may be) go down. 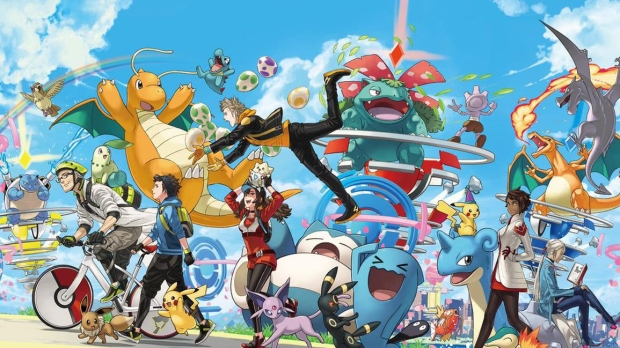 First impressions:
The first thing I noticed was how persistent the music was, right from the jump. As in, it wouldn’t stop until I could get to settings, which I couldn’t access without customizing my character. In that vein, customizing should be in quotes because, as I found out, all I could do was pick between two genders and then different color hats and socks for Generic Girl Avatar™. But at least once that was over I could shut that damn music off. With that nuisance out of the way, it was time to go forth and, well, go. 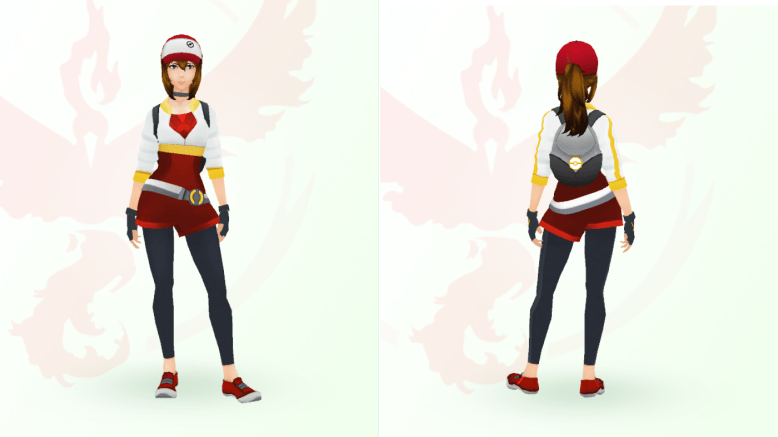 The Walking:
Lucky for me, I decided to download Pokémon Go in between heat waves and torrential downpours in my immediate area, so wandering around to trap adorable virtual animals wasn’t too big of a pain. It also wasn’t all that hard to aim, throw, and resupply the  Pokéballs needed to catch some of them all. No, at this point my problems arose in a (possibly purposeful) lack of understanding and an inane need to question the reasons behind core mechanics. To that end, my nearest and dearest, be they Poké-initiated or otherwise, were subjected to variations of this: ‘I already caught this one– what? I need more than one? For what? To evolve it you say? That’s crazy, why can’t I just catch grown up ones? Also, am I leveling them up to fight? To what end? Money? So basically I’m just enslaving little animals for adorable versions of cock-fights? This seems jacked up.’
Needless to say, I had a little trouble seeing the forest for the trees, and that made persevering somewhat of a challenge. This, in turn, brings us to…
Raids and Gym Battles:
I didn’t. Like…at all. At no point did I set foot in a gym or even attempt to figure out what the hell a raid even is. Some of this avoidance almost certainly had to do with the social aspect of this branch of the game. Having matured in a world of less than pleasant online gaming interaction, the idea of warring with a more rabid (or rabid at all) trainer over some invisible turf just wasn’t enticing. That went double for trying to even reach said gyms from the dead-zone that is and remains my neighborhood, or making friends of strangers just to go do whatever the hell a raid entails. Seriously, someone tell me.

Conclusion:
I’ll admit pretty freely that I didn’t give Pokémon Go much of a shot to begin (or end) with. Then again, I think that’s kind of the point. As with any game — or form of media for that matter — you have to be into the subject matter and methods to be a fan and stick with it in any capacity. Pokémon Go is a lot of people’s thing, but it just doesn’t happen to be mine and that’s cool all around. In any case, I’ll probably keep it around for the imports to Let’s Go Pikachu when it comes out, and maybe for that one Eevee I caught.
Pokémon Go, belatedly, gets 3 ‘I don’t know how this works’ out of 5 [days of full on confusion], and is still available to download on iOS and Andriod phones.

Alec is a DC-based writer of short and long form fiction stories, and an eclectic (shameless?) nerd of color.
Follow Pop Culture Uncovered on WordPress.com