Dark Horse had a great time at SDCC over the weekend! Below you’ll find Dark Horse’s San Diego Comic-Con 2018 announcements:

A newly established division, Dark Horse Direct is focused on bringing high-end, limited production collectibles directly to consumers from their online storefront, Direct.DarkHorse.com. The vision behind DH Direct is to offer fans the finest statues, toys, and figures from their favorite graphic novels, television series, and video game franchises.

With many more exciting products to come, Direct.DarkHorse.com is open for business now, and ready for fans to check out!

The Hollywood Reporter has an exclusive first look at the new division and its launch products!

Arriving this February, The Art of Anthem showcases the grandeur and beauty of this dangerous new world. Filled with behind-the-scenes looks at the production of the game, original concept art, and exclusive commentary from the developers and Anthem Art Director Derek Watts, The Art of Anthem is a fantastic addition to any gamer fan’s bookshelf!

Check out Entertainment Weekly for a sneak peek at the new series. 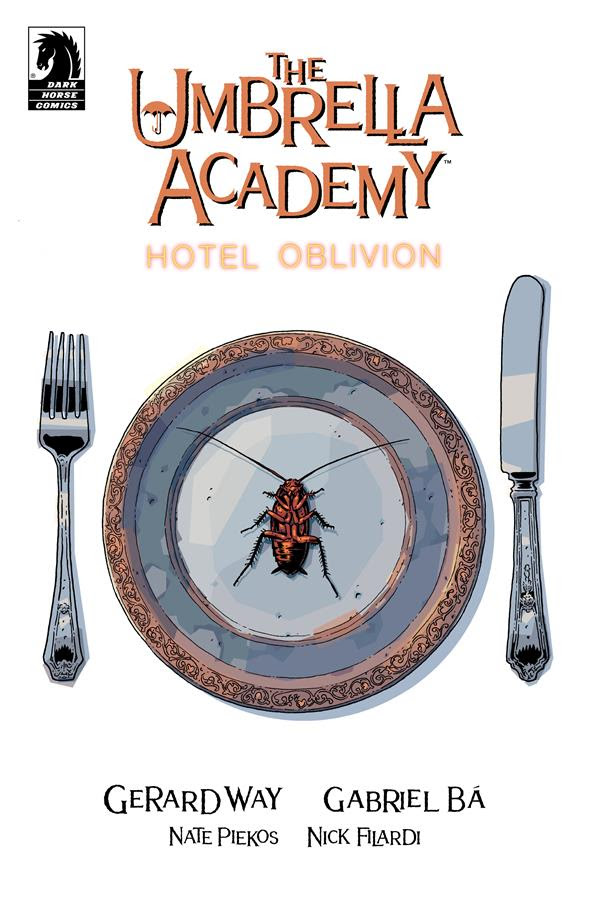 Check out Entertainment Weekly for a sneak peek at the new series. 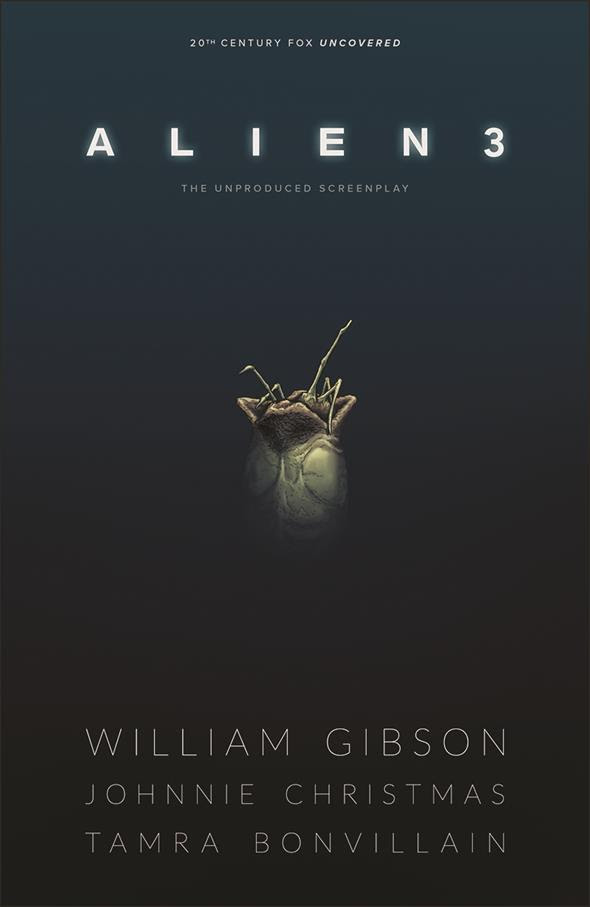 An Alien blockbuster is coming to a comic shop near you when Dark Horse Comics brings William Gibson’s original, unproduced Alien 3 script to life with the help of writer and artist Johnnie Christmas and colorist Tamra Bonvillain. While Gibson was a contributor in the early phase of the writing for Alien 3, ultimately most of his concepts never made it into the final film. As the father of the cyberpunk genre with titles like Neuromancer, Count Zero, and Mona Lisa Overdrive, Dark Horse is thrilled to see Gibson’s vision fully realized for the first time!

CBR has more information on this upcoming blockbuster comic!

The three new titles, which Dark Horse Comics will publish in 2018, span the globe and showcase very different corners of the Mignolaverse — the occult cold war escalates in Hellboy and the B.P.R.D.: 1956; Lobster Johnson’s biggest foe, the Crimson Lotus, is featured in her first ever, eponymous mini-series; and the annual Hellboy Winter Special features festive and supernatural stories from Mike Mignola and Ben Stenbeck, Tonci Zonjic, Fábio Moon and Gabriel Bá. 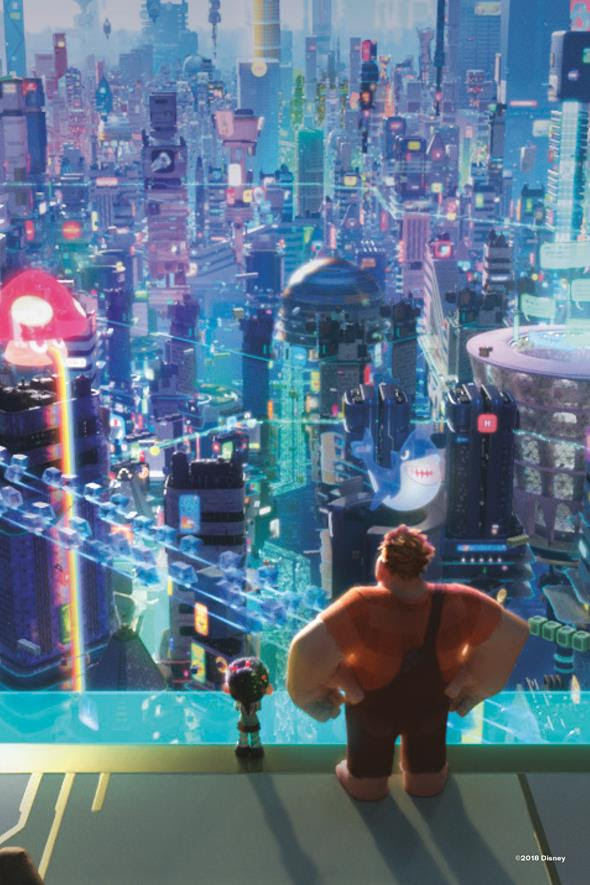 Written by Joe Caramagna and Amy Mebberson with art by Emilio Urbano, Andrea Greppi, and Amy Mebberson, Disney Ralph Breaks the Internet—Click Start: Choose Your Own Internet Adventure continues the adventures of Vanellope and Ralph in two stories, set before and after the events of the feature film!

Walt Disney Animation Studios’ follow-up to 2012’s Wreck-It Ralph leaves the arcade behind, venturing into the expansive universe of the internet—which may or may not survive Ralph’s not-so-light touch. In this prequel, a choose-your-own-adventure-style graphic novel, Wreck-It Ralph and Vanellope von Schweetz journey through the internet with you in the lead . . . Then, in a bonus 8-page short sequel to the film, Vanellope explores the wonders of OhMyDisney.com.

Nerdist has the exclusive first look.

G. Willow Wilson and Christian Ward Take to the Stars with Berger Books

Set in a small solar system in a far-flung galaxy, Invisible Kingdom tells the tale of two women—one a young religious acolyte, and the other, a hard-bitten freighter pilot, who separately uncover an unholy conspiracy between the leader of the Renunciation, the system’s dominant religion, and Lux, the all-consuming mega-corporation that controls society. On the run from dangerous reprisals on both sides, this unlikely pair of rebels risks plunging the world into total anarchy if they reveal the truth. But when your beliefs betray you, what choice is left?

The Hollywood Reporter has more information on this newest addition to the Berger Books imprint.

The World of Tom Clancy’s The Division® An Essential Addition to Any Player’s Go Bag!

Dark Horse Books and Ubisoft® have partnered to bring fans a meticulously crafted and unique insight into the critically-acclaimed role-playing action game with The World of Tom Clancy’s The Division. Packed with incisive lore and detailed art, this 192-page hardcover brings readers into the ravaged streets of New York City and Washington D.C. as seen in Ubisoft’s record-breaking video game series.

Millions lay dead in the aftermath of a catastrophic biological attack, and the disease continues to spread. With infrastructure in ruins and D.C. on the brink of collapse, the agents of the Division are called to action as the only hope to restore order. If the agents fail, the nation will fall. Don’t miss this opportunity to learn all there is to know about the tactical methods, the high-tech tools, and the all-important mission of the Division!

The World of Tom Clancy’s The Division HC goes on sale March 19, 2019. comicbook.com/WWG has more information on this new publishing partnership! 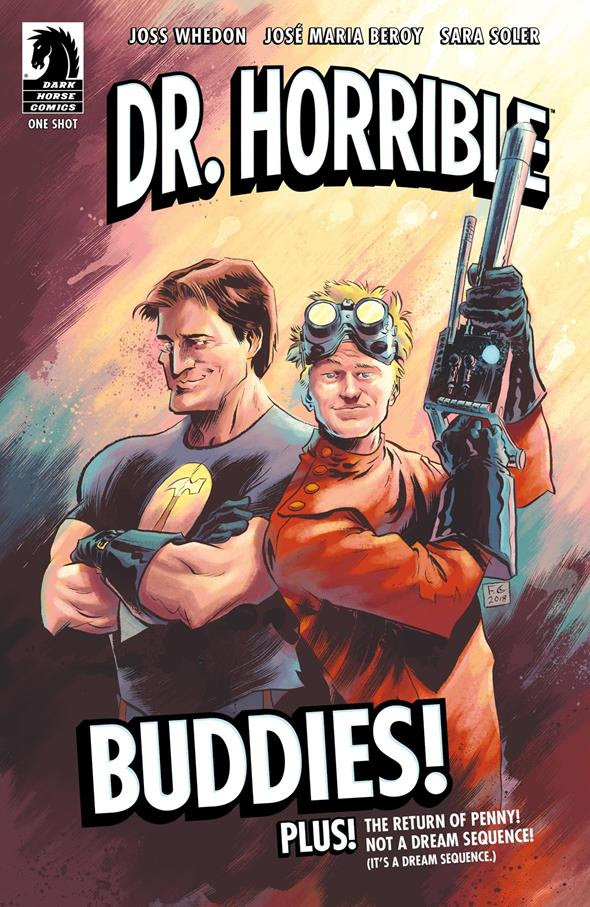 In Dr. Horrible: Best Friends Forever, the time temptress herself, HOURGLASS, is in dire trouble and turns to that team of famous best friends, Dr. Horrible and Captain Hammer, who are best friends, yes they’ve always been best friends why are you giving me that look?