It’s amusing when an article you write about geek culture and behavior is reflected in later events. That amusement is even more so when things happen mere days after you’ve written something.

That’s precisely what happened after my article on how geek culture was done with “broflakes.” I discussed the problem that geekdom has with so-called fans, the “manbabies” and “neckbeards,” and how industry leaders were done with their idiocy.

While primarily discussing incidents in movies and video games, I also brushed upon similar problems in tabletop gaming. I can now explore these problems a bit more with a recent problem being labeled #DnDGate. 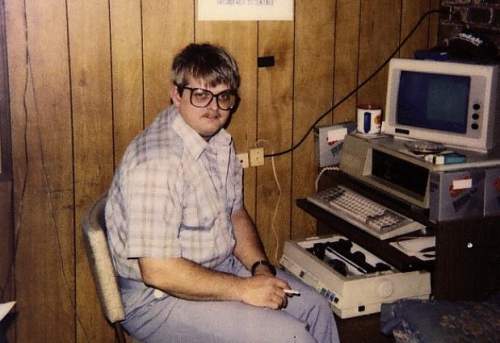 It’s all about integrity and roleplaying!

I won’t go too far into the individual behind this, as I don’t really want to give them the attention. Suffice to say, their anti-SJW ideology falls victim to the same argumentum ad temperantiam and “the left is just as bad as the right” myth as many MRAs, incels, alt-right, and others suffering from “white male fragility.”

Their latest movement was a claim that Dungeons & Dragons had been poisoned by the demands of a “totalitarian Left.” The nerd rage started with a tweet by Jeremy Crawford, the Lead Rules Designer for D&D, criticizing Trump’s immigration policy through the lens of fantasy RPGs:

If a kingdom in D&D was forcibly separating children from their parents and putting the kids in detention centers, the heroes would do everything in their power to reunite those families.

Let's be at least as good as the heroes in D&D. #DnD #Compassion

This tweet obviously targeted any right-wing D&D players who support ICE and the current administration. The same “fans” who use astounding mental gymnastics to enjoy Superman and Captain America, while simultaneously espousing xenophobia and nationalism.

This daring critique on gamers suffering cognitive dissonance was too much for the oversensitive broflakes. The aforementioned “bogeyman” of the gaming world, who’s been compared to Alex Jones, claimed the SJWs and Leftists had ruined D&D with their intolerance and demanded the biased staff be fired.

Thus, #DnDGate was born; a poor man’s “GamerGate” focusing on D&D “integrity” and how intolerant the Left had made tabletop gaming for anyone who “had a different opinion.” You know, opinions like, “rape jokes are funny,” “games shouldn’t be based on insensitive stereotypes,” and “it’s OK to put children in cages.”

Both opinions should be welcome at the table! (Source: Kasia Babis)

Before we become too irate, as my previous article mentioned, there was a silver lining. The response by the gaming community was fantastic, starting with the usual retorts.

If you support #dndgate unfollow me and block me

People like you prevent me and others from enjoying the hobby because you make spaces unsafe for us.

I've been playing games since I was 4, and they're how I fucking found out I was trans. Get the fuck out of my space, cowards.

Look you knuckle-dragging troglodytes, one of the best dungeon designers of the 1970s TSR era is a transgender lesbian, the legendary Jennell Jaquays. https://t.co/4jcbBRmCAb

The queers were already here.

My favorite response, however, was to co-opt the hashtag and turn #DnDGate into something amusing. In this case, many people began tweeting about literal gates in D&D and fantasy RPGs.

Take a look inside this #dndgate! Be very thorough. I suggest going headfirst. 💀 pic.twitter.com/fHpniSDXib

Some gamers even combined the two, talking about barriers both literal and metaphorical.

Could someone explain #DnDGate? Our rogue appreciates the XP, but it's the dumbest bit of biggotry this week. pic.twitter.com/3SlzOI358F

you are in the vestibule of the gaming store. Past the interior doors, a woman is working behind the counter. She is speaking with.. what is this? ANOTHER WOMAN? The door is impassable. #dndgate

One individual also went as far as to remind everyone that hashtags could be trademarked. By doing so, they were now able to bill anyone who misused their trademark.

Did you know that hashtags can be trademarked? Because I just dropped $297 to trademark #DnDGate. Which means once I own it, every time that it’s used by a certain Uruguayan cretin for his propaganda, I can send him a bill for trademark infringement. pic.twitter.com/pJW4BTyFpF

As I said in my earlier article, it’s heartening to see the gaming world turn on the worst individuals and steal their spotlight. Like the days before the Internet gave the socially (and logically) challenged an echo chamber, the geek community is isolating them and driving them back into the basements from whence they came.

The world progresses, and people either adapt with it or die off; D&D and RPGs are no different. No matter how much these trolls try to start some conspiracy or movement to remain relevant, they won’t drag tabletop gaming back with them.

Sorry, “gatekeepers,” but we’ve already closed that door, locked it, and left a warning not to open it for future gamers.