Blade Runner is one of the most revered science fiction classics of the 80s – if not of all time. I had always had an interest in seeing it, but for whatever reason had never taken the opportunity to sit down and watch it. The recent release of the sequel, Blade Runner 2049, only served to ratchet up my desire to see the original. The opportunity presented itself as I was recently trapped on a flying metal tube that just happened to have Blade Runner: The Final Cut as an in-flight entertainment option. Confronted with no excuses as to why I couldn’t watch it, I took the opportunity to dive in. 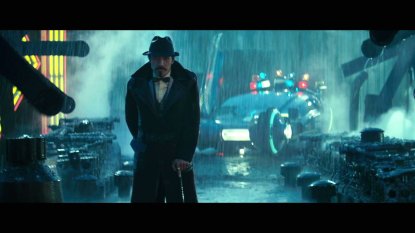 Blade Runner is a beautiful and imaginative movie that still holds up well more than 30 years later. The cast expertly played their eccentric characters flawlessly. They made me believe this world was real and that it was the reason that everyone was just a little bat-s@@t crazy. Rutger Hauer’s portrayal of Roy perfectly exhibits the crazy of the character while giving an emotional performance that makes the audience empathize with his plight. Even though his appearances are sprinkled throughout the movie, Edward James Olmos’ Gaff really steals the show. The final “battle” between Decker and Roy was beautifully done. It delivered on the tenseness of the encounter for Decker as well as highlighting the tragedy of Roy’s existence.

The romantic subplot with Decker and Rachel was kind of hamfisted. Maybe it was just me, but the fact that Decker fell in love with a Replicant and that it happens so fast seems a bit much and too coincidental for the plot. In addition to this, the pacing of the story was just slow. The second act of the movie just dragged on with the third act of Decker finally confronting Priss and Roy just happening out of nowhere. 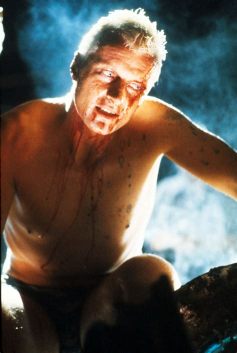 Over the years I have often heard the theory that Decker was really a Replicant himself. After watching the movie, I found nothing to make me question his humanity. Maybe there are aspects in other cuts of the movie that hint at this, but I didn’t get that in this version. Overall, Blade Runner: The Final Cut delivered on so many of my expectation as a sci-fi classic. It is a flawed movie, but it is one that really expanded the realm of science fiction in its day and is still influencing the genre today.

Webster Style is the founder of WebsterStyleMagazine.com, a digital magazine that caters to the new urban male by spotlighting the best attributes of the new urban male's interests and passions.
Follow Pop Culture Uncovered on WordPress.com