The Marvel Cinematic Universe’s latest entry, Avengers: Infinity War, is currently in its third weekend and hasn’t left the #1 spot domestically yet. As of Sunday, May 13, it has amassed almost $550 million just in the United States. With almost constant box office success and generally critical acclaim (the worst-rated MCU entry according to Rotten Tomatoes is Thor: The Dark World at 66% Fresh), Marvel Studios has no plans of stopping anytime soon. They’ve already announced their next four films and we know Guardians of the Galaxy Vol. 3 is somewhere on the horizon, and Marvel has staked out unidentified release dates through July 2022.

That said, it is our contention here at Pop Culture Uncovered – as we’re sure is the case with the general population – that some MCU films are inherently better than others. Collectively, the writers here ranked our individual lists and used an aggregator to combine them into one. Here is Pop Culture Uncovered’s ranking of the 19 films that make up the Marvel Cinematic Universe from worst to best.

Marvel Studios’ first “failure” finds itself at the bottom of our list. It’s a rushed sequel that borderline ruins the character of Tony Stark, changing him from a lovable asshole to just an asshole. 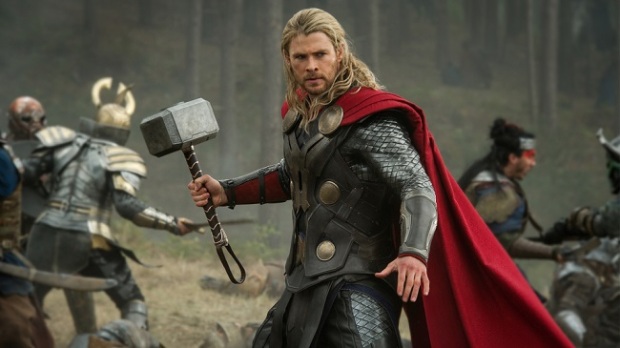 Thor battles the Ninth Doctor (Christopher Eccleston) under a pound of makeup in a nonsensical plot meant only to establish the existence of the Reality Stone. ‘Nuff said.

Ultron is one of the greatest villains in Marvel Comics history. Notice I specified comic book history. The Ultron that Joss Whedon gave us? Well, he sucks. And so does the movie that surrounds him. The Hulkbuster fight is cool, though.

Kenneth Branagh really tried to take the God of Thunder and put him at the center of an epic Shakespearian tragedy, but it doesn’t land. The crux of the movie is built on Thor and Jane Foster’s relationship, but Chris Hemsworth probably has more chemistry with a piece of stale bread than he does with Natalie Portman. Points for giving us Tom Hiddleston’s Loki, though.

Shane Black was a weird choice for this movie. His version of The Mandarin was great (if you ignore the whitewashing) until the completely unnecessary third act twist. The rest of the movie? Meh. 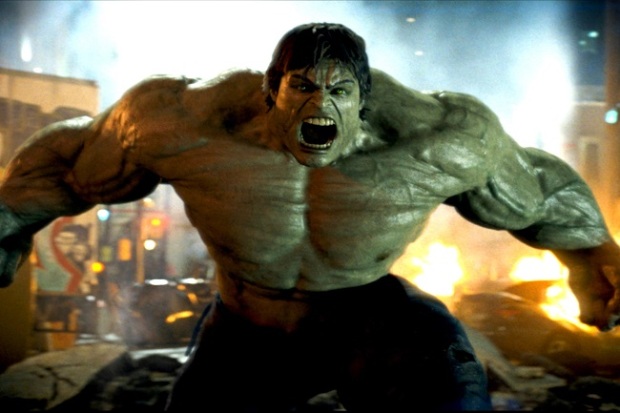 Personally, I really love The Incredible Hulk, and I think it is way better than people remember or give it credit for. And that’s the biggest problem with it. It’s really forgettable unless you do love it. Edward Norton’s version of Bruce Banner is also nowhere near as likable as Mark Ruffalo’s.

Chris Evans is a good Captain America and Sebastian Stan is a good Bucky Barnes. Those are the only two positive things I can say about this movie because, just to be honest, it’s really boring. The conflicts of the movie are portrayed entirely as black and white, which is fair for the main conflict in a World War II epic. But internal character struggles shouldn’t reflect that same mentality. Also, it’s purely setup for The Avengers. That’s evident by its title.

When Paul Rudd was cast for this movie, I thought it was a bad joke. Don’t get me wrong, I love Paul Rudd, but I could not, for the life of me, buy him as a superhero. Director Peyton Reed, however, didn’t set out to make a superhero movie; he made a heist movie with a deeply conflicted father at its core. Paul Rudd may mostly be known for his comedy, but he’s also a strong performer when he wants to be. I just wish his solo movie was more memorable.

James Gunn’s sequel is a pale imitation of what he brought us the first time around. Except for the fact that Vol. 2 has a better villain, it’s nowhere near as good as original. Somehow, it both tries too hard and comes off as lazy. It’s sequelitis to the max.

As a huge fan of the character, I jumped out of my seat when Stephen Strange got namedropped in Captain America: The Winter Soldier. When reports started surfacing about Doctor Strange, the hiring of Sinister’s Scott Derrickson spawned rumors that it would be the first superhero horror film (keeping in line with Marvel’s recent tendency to cross genres), and I was really excited for that prospect. Ultimately, that’s not what we got. But what we did get was a cool, sleek, Inception-like thriller that got the character perfect, introduced magic to the MCU, and had fun doing it. However, it loses points for pitting Strange against a run-of-the-mill villain that affects his protege Mordo (Chiwetel Ejiofor) more than he does Strange. 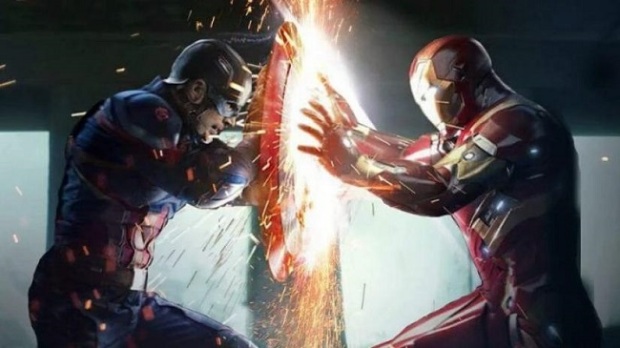 The biggest concern for Captain America: Civil War during its production was the amount of characters it would have to cram into its story – every MCU hero to date (minus Thor and Hulk) with introductions to Black Panther and the new incarnation of Spider-Man. After the fact, we know directors Joe and Anthony Russo actually managed to do a pretty good job with it. But the movie also falters in its central conflict not pushing the envelope enough. It’s a cheap knockoff of its source material, and frankly, for a movie titled Civil War, it ends in a pretty hunky-dory fashion.

New Zealand director Taika Waititi (What We Do in the Shadows) is the third guy to take a stab at the Thor franchise, and although his attempt is the best yet, it’s still only okay. The villain, played by the marvelous Cate Blanchett, is vicious and fun, but she mostly kind of just chews scenery. Also, the decision to combine the Ragnarok storyline with Planet Hulk didn’t do the film any favors; the plot meanders and is rather disjointed. In an interview with Screen Rant, producer Brad Winderbaum hyped Ragnarok as the Thor franchise’s Winter Soldier and Winter Soldier it is not.

The threat Earth’s Mightiest Heroes face in their first team-up adventure is pretty boring if you ask me, but the interactions between the characters mostly makes up for it. The Avengers was an ambitious project and, criticisms aside, Marvel Studios managed to pull it off. It feels like a comic book crossover event in every sense of the phrase and that fun magic makes for one hell of a spectacle to behold. 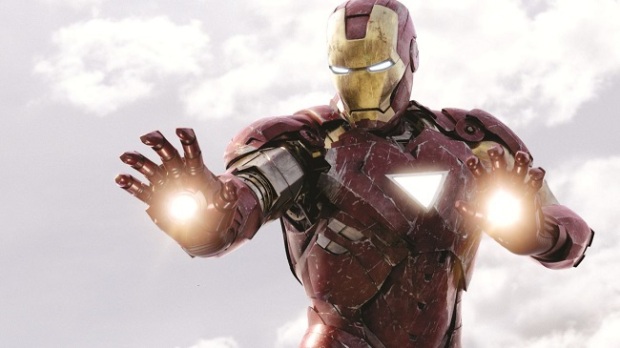 The movie that started it all, Jon Favreau’s Iron Man is held in high regard, for obvious reasons. It literally changed the movie industry. Thanks to Iron Man, in addition to the MCU, Warner Brothers is trying (albeit fruitlessly for the most part) to get the DC Extended Universe off the ground, Universal attempted its Dark Universe of classic monster movies, and Legendary Entertainment has at least two more films in the pipeline including 2020’s Godzilla Versus Kong beatdown. But recognizing that nostalgia does make one realize, as they watch the movie today, that it’s good, but nowhere near as good as we remember it being.

When Tom Holland’s Peter Parker debuted in Captain America: Civil War, I knew he would quickly become one of my favorite characters in the MCU. I’ve always said that Tobey Maguire was a good Peter Parker but a crappy Spider-Man and Andrew Garfield was a good Spider-Man but a crappy Peter Parker; Holland is the first actor to get both right, to nail the duality embedded in the character. When we got to really meet him in Spider-Man: Homecoming, director Jon Watts did not disappoint with a fun, colorful, Hughesian superhero romp. Also, the final scene, with Aunt May (Marisa Tomei) discovering her nephew’s secret, sets up some really interesting character dynamics Sony Pictures never came close to when it was running the show solo.

4. Guardians of the Galaxy

In 2014, James Gunn brought us one of the most unique films in the MCU history, theretofore and since. It’s the first MCU film (and, frankly, one of the only ones to this day) to really craft a visual style. It was also the marker that Marvel Studios could really dig deep into its pantheon of characters to give us new stuff we didn’t even know we wanted; they turned a ragtag team of D-list characters into the highest grossing film domestically of Summer 2014. And of course, the soundtrack is bitchin’.

The Russos’ first stab at a proper Avengers title is phenomenally well made, but it does have a couple major plot and character issues that knock it a little ways down our list. Thanos is Marvel’s scariest villain and we can’t wait to see more of him in next year’s Avengers 4. Hopefully, the Russos bring it home.

One of the smartest films in the MCU’s filmography, the Russo Brothers debuted with an interesting tale that pitted government golden boy Captain America against that government. The movie shook up the entire MCU with its revelation that Hydra had embedded itself within SHIELD almost since its founding, but this fantastic twist does get dinged for almost exclusively playing out on ABC’s Agents of SHIELD (with the exception of the cold open to Age of Ultron). 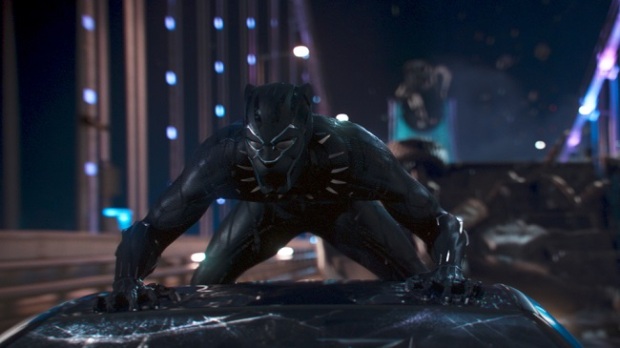 It’s very easy to figure out why we consider Black Panther to be the MCU’s best film. The previously mentioned Captain America: The Winter Soldier tangentially discusses ideas of privacy and surveillance, but Black Panther, with its deep themes of race, prejudice, and ignorance (just to begin with), is the first MCU film to actually be about something. Additionally, Chadwick Boseman and Michael B. Jordan portray two of the most complex characters in all of comic book cinema. And on top of all of that, it’s visually beautiful with some of the most gorgeous cinematography I’ve ever seen. Wakanda forever!

What do you think of our list? Comment below and let us know. Tell us how wrong we are; this is the Internet after all. And then follow this link to vote in our fan poll. We’ll post the results and how they compare to our official list in a couple weeks.