As we inch closer to Star Wars #50 and the Solo movie, two solid books again grace us this month. How do they stack up? Well, let’s look at each one in turn. 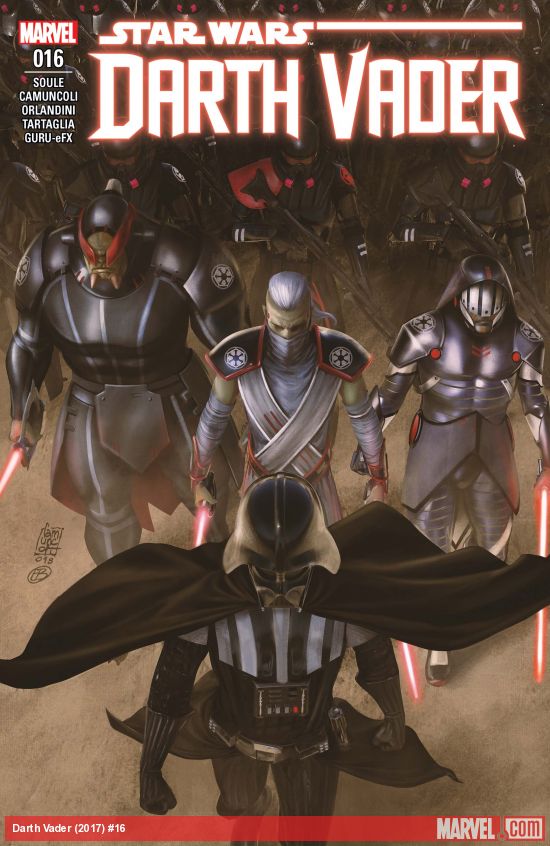 Soule and Camouncoli knock it out again! Oh wait…I can’t stop there? Fine then… Ok, so Tarkin is mad that it’s taking so long to bring the Mon Calamari under control, so he sends Vader in to quell the uprising; but more to the point, finish off the Jedi that are hiding there – and boy, does he! What I loved about this book is that we finally are given time to see how Master Barre and his crew come together. Soule really shows how flawed the Jedi are as we see how Barre brings his fellow conspirators together, and it just screams of Dark side. Let’s just say I was less of a fan at the end than I was from the start and my only hope is that when he goes out that it’s epic.

Giuseppe Camuncoli’s art is still as solid as always, especially during the flashbacks as we learn about the other Jedi. The dark colors used throughout the comic also add to the tension and hopelessness of the situation. This is one of the few times you may actually root for the bad guys, even though this story is less about them! 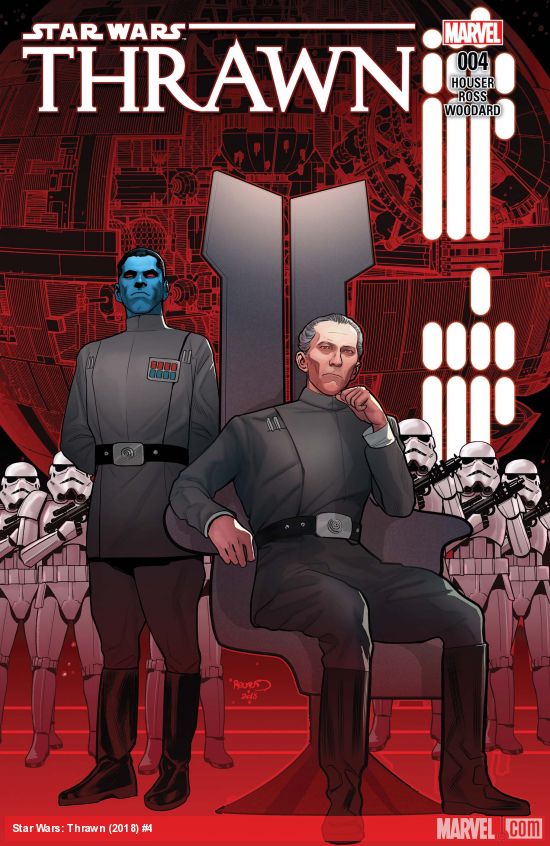 I am a bit torn on this, as it was just “more Thrawn”.  In this story, Thrawn is tasked in bringing about the cessation of a spice operation on yet another forgettable planet in Imperial territory.  He is asked to carry out the operation one way, but of course (because he is Thrawn), he decides to go against his commanders because he sees a bigger picture and a better result that wouldn’t come if he ‘salted the earth’. Here, though, you can see glimpses of how most Imperial officers are stuck in their ways, as Thrawn is willing to go against the grain; and while he pisses many of them off, his surgical thinking leads to a big payoff for himself and Vanto.  Luke Ross’ artwork also was very well-done, considering this was a book that lacked in action and took place mostly at night. Also…Rebels fans, pay attention to who is introduced in this book!

3 Spice Smugglers out of 5