This article contains major spoilers in regards to the end of Avengers: Infinity War. If you have not yet seen the movie, run – do not walk – to the nearest exit. 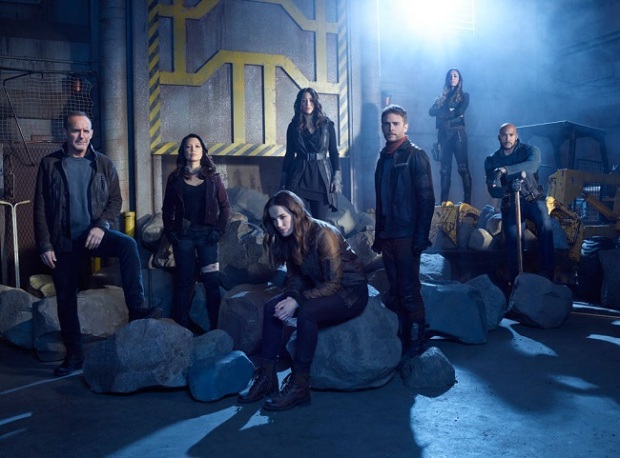 For those of you who have seen Marvel Studios’ latest blockbuster this weekend knows, the film ends with Thanos succeeding in his goal of obtaining the six Infinity Stones and erasing half of life in the universe from existence. It’s kind of a big deal. And it’s something that ABC’s Agents of SHIELD will need to respond to.

Marvel’s first foray into expanding the MCU into television has largely operated independently of the movies with the notable exception of the Hydra twist from Captain America: The Winter Soldier having long-term ramifications for SHIELD. But SHIELD has been able to do this because the movies haven’t really provided the MCU with story points the show needed to incorporate. Sure, there have been fleeting references to Ultron and the Sokovia Accords and Doctor Strange introducing magic to the MCU opened the door for Ghost Rider to appear on SHIELD, but the events of these movies never really affect neither the story SHIELD is telling nor the characters they use to tell it.

That all changes with Avengers: Infinity War. SHIELD tangentially acknowledged in its April 27 episode, titled “Option Two,” that the events of Infinity War are happening concurrently with these last few episodes of SHIELD’s fifth season. Therefore, SHIELD has to respond to the cliffhanger in some capacity, and I think I know how.

Infinity War takes place over about a day and a half, given that it opens at a time when its day in New York, features night scenes in Scotland, and ends at a time when its day both somewhere in the United States (the post-credits scene) and Wakanda in East Africa. Now, SHIELD is already twelve hours, give or take, into that timeline based on the reference during a night scene to “all the weird stuff happening in New York” in “Option Two.” But with SHIELD’s season only having three more episodes left in it, the remaining events of the season – which has found the team struggling to break a time loop that always allegedly leads to Daisy (Chloe Bennet) quaking the Earth apart – could conceivably wrap up before Thanos snaps his fingers with deathly consequences.

What leads me to this conclusion? At the show’s celebration for its 100th episode earlier this year, co-showrunner Jed Whedon remarked that the show’s fifth-season finale could also serve as a series finale. “Yeah, we’re ready for it if this is the end,” he said. “We’re definitely going to make it rewarding either way.”

Season-to-date in its Fridays-at-9 time slot, SHIELD is averaging a .55 18-49 demographic rating, making it ABC’s lowest-rated series next to the already-cancelled Once Upon a Time. However, ABC’s parent company Disney owns Marvel Studios (allowing for some corporate synergy) and SHIELD sees a hefty boost from Live+7 DVR numbers, so TV by the Numbers currently has it listed as “likely to be renewed by May 2018.”

So if May 18’s “The End” doubles as a potential series finale, its likely half of the characters won’t become dust in the wind, and that’s fine. It doesn’t mean SHIELD is ignoring Infinity War, but simply postponing its fallout for the betterment of its personal story. I would fully expect SHIELD to put several of its characters on ice near the beginning of season six should it receive a renewal.