When I saw the previews for Bright, the geek in me got excited. I thought, “Someone is doing a Shadowrun movie!”

Of course, as the trailer went on and I learned a little more, I knew it wasn’t Shadowrun. The concept, however, sounded close enough: a modern world where elves, orcs, and faeries existed.

The world of Bright is our own, except many of the species and aspects of Euro-fantasy exist. Two millennia ago a great war occurred, the armies of darkness were banished, and magic became rare (and outlawed).

History as we know it continued like our world, with all its wars, politics, and social issues, except other races and creatures are wrapped into it. Faeries plague birdfeeders, Centaurs are hired as mounted police, and there’s even a random Dragon flying over LA on occasion.

Bright was the perfect allegory for the race and police issues we have today. Elves became the defacto privileged race, so entitled and ignorant; Orcs, who fought on the side of darkness 2,000 years ago, are treated worse than African-Americans or Latinx communities.

I went into the movie with high hopes; unfortunately, I left with mixed feelings. 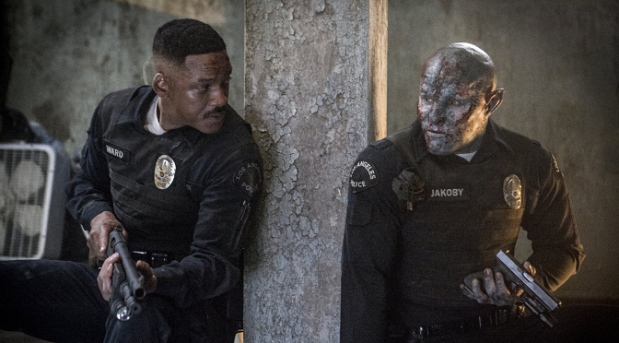 To be clear, Bright is not as horrible as some critics are saying. The concept is cool, the main cast is decent, and there are moments of relevance that feel like we’re watching Crash.

The treatment of Orcs by general society combined with the blatant racism and brotherhood syndrome among the police are unabashed messages. Discussions of affirmative action, racial profiling, cultural ostracization, and unethical department practices are rife throughout the film.

Unfortunately, the experience is marred when it moves away from that dramatic atmosphere. Will Smith’s one-liners and other humor interrupt many serious and substantial moments. Bright couldn’t figure out whether it wanted to be Training Day or Bad Boys.

Worse, once you introduce the central plot of infernal cults, magic wands, and prophecies, everything becomes even more discordant. Like a bad Michael Bay film, this movie tries to be too many genres and stories in one and ends up falling short at most.

Another problem with Bright is the lack of developed characters, with the leads of Ward and Jakoby the only fully-fleshed out roles. Smith and Edgerton are perfectly cast and made those characters’ motivations and development work.

Most of the remaining parts are two-dimensional stereotypes, from the police department to the elvish bad guys. The one exception would be the leader of the local orc gang, portrayed by Brad William Henke, who added some great layers to an otherwise minor part.

Leilah and her crew of assassins have little explanation for their motivation or relationship with the turncoat, Tikka. Édgar Ramírez’s FBI agent looks imposing and impressive but ends up nothing more than background and MacGuffin.

The worst characters and actors belong to the police force and gangsters. While the gang members are overdone stereotypes, some of the police officers (especially the Internal Affairs) are as cheesy as something out of Super Troopers or The Blues Brothers. 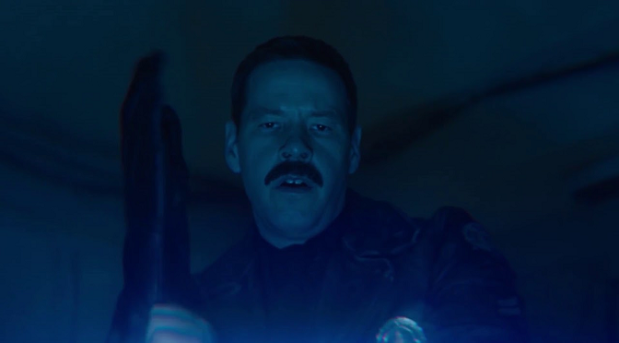 I genuinely believe Bright would have been better suited as a TV series rather than a movie. Each episode could continue its exploration of social and political issues in-depth, like The Wire, while still having room for the fantasy and comedy aspects.

Unfortunately, Overbrook Entertainment, Ayer, and Landis decided to make a movie that squeezed too much into one film. The message was lost thanks to the discordant cacophony of styles, cardboard cutout characters, and occasionally horrific supporting cast.

Bright was a good concept with some great potential for relevance ruined by too much material with too little depth.

I give Bright a mediocre 3 magic wands out of 5.