Star Wars is having a good time right now, and it’s about to have a better time. I’ve just seen The Last Jedi (and please check Armand’s review as well), and I walked away feeling refreshed. With this movie, the Marvel comics, several decent novels, a hit TV series, and two successful movies since 2015, it’s a good time to be a fan of the franchise right now. Which might cause you to forget this wasn’t always so. Star Wars, pardon me, had had a lot of ****-ups in the last 40 years as well, and The Last Jedi ends up being a metatexual reflection of all that.

Star Wars has never been a disaster, mind you, and anyone will tell you that it’s a license to print money. Nonetheless, it’s had many moments that even diehard fans are embarassed about: the Holiday Special. Two Ewoks television movies. Palpatine’s resurrection in the novels. Han and Leia losing two children, including one to the dark side. The Star Wars Kinect video game. The monkey-faced Leia toy. The fact that for Christmas in 1977, kids got a cardboard cutout with the promise of action figures to come.

Oh, and the prequels. We could go on and on about that: wooden acting, excessive CGI, non-puppet Yoda.

The franchise has never failed, but it’s definitely managed to piss off fans, ruin Hayden Christensen’s career, and relegate itself to the laughing stock of Hollywood: a toy and nostalgia engine, but nothing more.

Anyway, it seems like Rian Johnson and the current crop of Star Wars gatekeepers at Disney are taking all those criticisms seriously, and they did something amazing: they learned from them. The end result is a movie that fixes almost all of those problems and gives us an end product that finally hits all the correct Star Wars buttons. I’d daresay that whatever bothered you in any of the prior Star Wars films has largely been corrected. If you think Return of the Jedi had too much Ewok, don’t worry–the porgs don’t eat the story. If you think the acting was flat–now it’s not. If you think the CGI was bad…well, let’s not spoil things.

This is woven into the story very well–the movie itself is a reflection on pride, hubris, and failure, and in doing so, it’s an opportunity to reflect on the franchise itself. This is the right point to do it: as the middle arc of the franchise, you’d expect that, as with The Empire Strikes Back, this is where the hero eats some humble pie. And that’s true, but so much more than what Empire did. Empire simply climaxes in Luke having his pride come back to bite him, and being left to mull it over until the next movie. The Last Jedi takes everybody down a peg, but with a purpose.

All of the characters most definitely fail in this movie. Rey, like ESB-era Luke, has a certain elevated view of herself and who her mystery parents are. Poe’s role as a defiant hotshot results in some terrible outcomes and a supreme moment of humility. Kylo Ren keeps thinking he’s got everything figured out. And Luke? Yeah, he’s been taken down several pegs and has been stewing on a planet for years to think about it. Again, spoilers, except to say that almost all of the main characters get a good hard look in the mirror (for one character, there’s an actual mirror!) and realize that they’ve failed, badly.

Notable economist Megan McArdle wrote a whole book on failure, and moreover, the concept of “failing well.” “Learning to fail well means learning to understand your mistakes, because unless you know what went wrong, you may do the wrong things to correct it.” And that’s what happens in The Last Jedi. Without spoiling things, every character has an opportunity to review their mistakes and grow from them. Not every character actually takes that opportunity, and some pay a heavy price for doing so. But those who do succeed in this movie do so because they’ve learned from what went wrong, and moved beyond it. 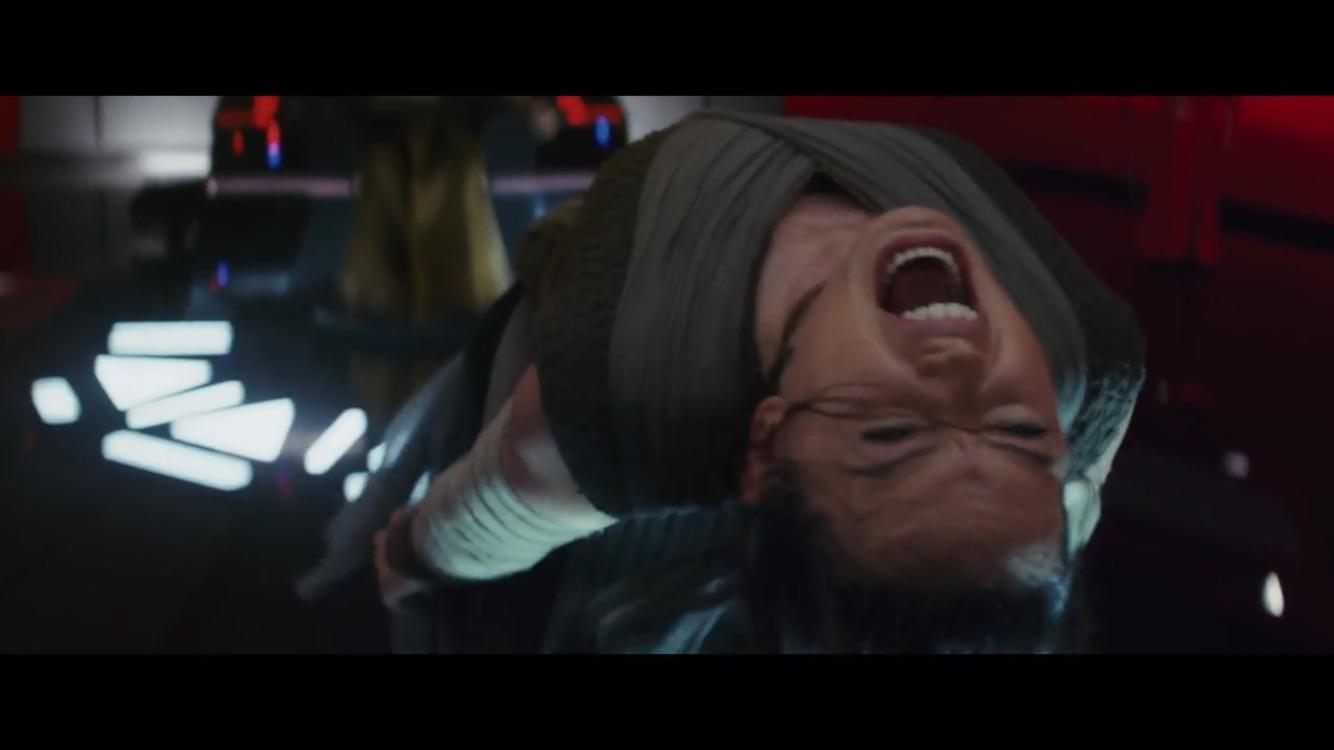 Like Jedi having this habit of running off to fight the villain when they’re not ready for it. Stop doing that.

And hell, Rian Johnson seems to have learned that lesson very well. I think this hit me in a (minor spoiler!) moment where Luke tells Rey about how the Jedi, in their arrogance, completely overlooked Darth Sidious taking over the Republic. Yes, The Last Jedi makes a brief but overt reference to the prequels and what went wrong. If Luke is reflecting on the Jedi’s mistakes, then Rian Johnson definitely seems to be reflecting on the films where those mistakes happened.

Make no mistake: this is a “**** hits the fan” film, where thing after thing goes wrong. The First Order and the Resistance dance around each other like two punch-drunk prize fighters, with heavy casualties and losses that will be felt forever. But that’s OK, because by the end, both the characters and the story of Star Wars itself have moved into something new and better. None of the old parts are lost (and there’s an amazing revival of an original trilogy special effect that I just cannot spoil, but you’ll sith your pants when you see it). This story builds on what came before…but for the first time since the prequels, it feels like Star Wars is moving somewhere new, but still comfortable.

Walking out of The Last Jedi, I’ve felt better about the franchise than I have in awhile. Because the old parts haven’t been lost, and even the bad parts are remembered. But the lessons of Star Wars‘ failures and successes are both incorporated into one fine movie which renew my faith in a franchise which has been spinning its wheels for awhile.

Rating: 4.9 lightsabers out of five. Thanks to Allied Integrated Marketing for supplying the passes.

1 Comment on Star Wars: The Last Jedi is an Abject Lesson on the Up Side of the Dark Side