Where are you from originally, or where do you currently reside? Sioux Falls, South Dakota.

How long have you been cosplaying? 7 years. 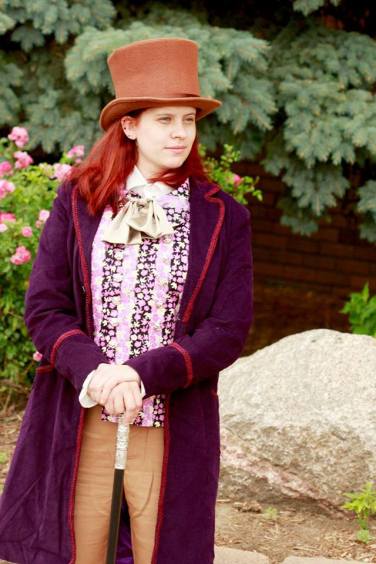 What inspired you to start cosplaying? I got into cosplay kind of accidentally. A friend of mine invited me to a con and I knew they would all be dressing up in some way so I didn’t want to feel left out. I kind of threw together a Tamaki Suoh from Ouran High School Host Club. It was originally supposed to be Hunny Senpai, but my friend forgot Usa Chan and other Ouran cosplayers were all excited that I was Tamaki so it stuck.

What do you do when you’re not cosplaying? When I’m not in cosplay I work full time as a Box Office representative at our theatre. In my night life I am a drag king by the name of Oliver Clozoff.

Which costumes have provided the biggest challenge and rewards so far, and why? Gaston. He’s so pretty and I love how he turned out, but that was many a night sitting up having a row with my sewing machine (I say row, but it was mostly just me sitting there shouting abuse). I learned pretty quickly after two or three tries how to line the jacket so it looked good, and how to work properly with faux leather. It all paid off because I won Best Beginner at the Anime Nebraskon cosplay contest.

What is the best advice you would give someone new to cosplaying? Do it. Take that step. You won’t regret it. I get told I don’t fit most of the characters I do, but I’ve started not caring as much about it because the “yes” outweighs the “no”. It gets easy to focus on the negative and want to quit, but don’t. You need to realize you make more people happy and that’s what you should focus on and why most of us do what we do.

What is one thing the cosplaying community can do better when it comes to dealing with each other? More fun, less criticism. Each cosplayer is their own worst critic when it comes to their work, they don’t need others breathing down their necks because they don’t meet their expectations of what they think that character is supposed to look like. Just remember at the end of the day we’re all huge nerds with a love for bringing our favorite characters to life.