Starting this month, you will probably hear the most 5 dreaded words between now and December 24th: The Holidays are around the corner. This means that many of us will start shopping for our loved ones, and regardless if it’s Hanukkah, Christmas, Festivus, Boxing Day, Saturnalia, Yule, or whatever day you want to celebrate, if there is a gift exchange involved, you want to get the right gifts for your favorite geek. 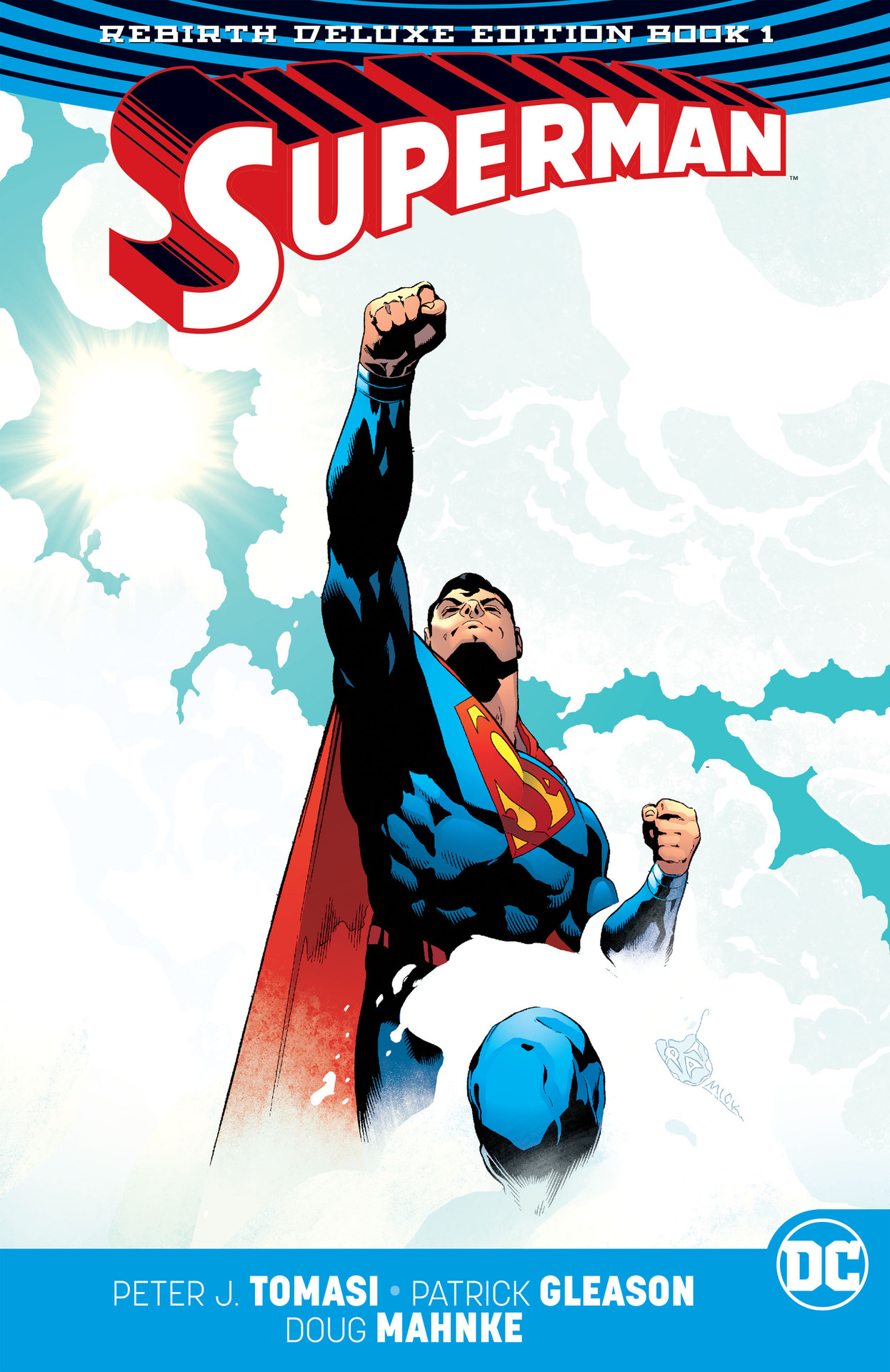 Despite being the premiere superhero, Superman is frequently the butt end of jokes as being a boring, all-powerful boy scout. It’s hard to keep the man who can do anything interesting. Peter Tomasi’s refreshing take on the character in “Rebirth” keeps him his core self while exploring the new ground of his life as a father. There’s nothing new about Tomasi’s Superman, except that everything is completely fresh. And as a bonus, this story is about the original pre-Flashpoint Superman, an anachronism leftover from before the New 52, adjusting to fill the shoes of his dead alternate counterpart. “Rebirth” Superman is a complete alien even in a DC Universe that’s very familiar. This is a great chunk of story and opportunity to introduce a new reader to an old friend.

Surprisingly, the Nintendo Switch is in stock in most stores (with some bundles being offered) but for how long remains to be seen as the holidays gets closer. I have had mine since launch and so far it’s a well rounded system as a mobile gaming platform and a competent home system. The only thing still missing is a way to stream Netflix, Hulu and etc., but it’s hopeful that this will happen in future updates. The big thing however, is that as we approach the holidays, the Switch has a deep enough library of games to keep Nintendo fans happy. Super Mario Odyssey has released  coming this week is a special edition of Skyrim and Breath of the Wild, the Switch’s  launch title is still a fan favorite. The bottom line is don’t wait until the last minute to get one; because if you do, it may be a long wait after the holidays for retailers to restock.

Doug Suggests: A year’s subscription to Playstation Plus or Xbox Live Gold

Let’s face it. Gaming is an expensive hobby. Some of us gamers just don’t have the money to shell out $60.00 (for PS Plus) or $40.00 (for Xbox Live Gold) every year. Now, with Playstation making it so gamers MUST have PS Plus accounts in order to play online, the options open to us poorer folks have been diminished.
There are several other perks to having one of these paid subscriptions, too. First (and probably most important), these paid subscriptions are now necessary on both consoles in order to play online with gamers from all around the world. With the emerging shift toward multiplayer games in the last few years, more and more gamers are playing online with and against one another. For gamers who cannot afford these subscriptions, not being able to play online removes the social aspect of gaming that we once enjoyed when doing so was free (at least for Playstation). Second, both Playstation AND Xbox release games every month, specifically to tempt subscribers of these paid services. While some of these games are little-known or simplistic titles, there are occasions when some of the great AAA games from the past show up in the console stores. Additionally, there are times when gamers can discover some fantastic indie titles which often go overlooked. These games are usually released for free (or at least hugely discounted), and the only way to get them is by having one of the paid subscriptions.
So, get your favorite geek a year’s worth of a paid account for their preferred console(s)! While we may have our heads buried in our consoles, and it seems like we’re ignoring you, just know that we are doing so because the gift you got us brings us a lot of joy. And let’s be honest…wouldn’t you rather we be deeply entranced by our games than constantly talking to you about them?

The original Ninjago Destiny’s Bounty is long out of circulation, but the revised version for the movie is a sight to behold. It’s a rare set in the toy line which includes all the main ninjas and played a prominent role in the film. While it’s certainly playable, it also makes for a beautiful display piece. The cost is a bit prohibitive, but if you can find it on a markdown, this may be the Lego set to get for your kids or yourself.

If, like me, you adore our precious cinnamon roll Finn and the best pilot in the galaxy Poe, you know that Disney and Lucasfilm has made it damn near impossible to get merchandise with Finn or Poe actually on them. Never fear because the awesome Tee Public is here!
With t-shirts, phone cases, pillows and even baby onesies,  your Finn and Poe clothing cravings will be satisfied. On top of that your purchase goes to the many independent artists whose artwork is featured!

Stuck for more ideas? Remember that there are always geek-centric websites (like ThinkGeek and GeekWrapped) on which you can find some pretty cool stuff! So, get out there and get to buying. The Resistance needs you!