Where are you from originally, or where do you currently reside? Allston, MA.

How long have you been cosplaying? Seven years.

What inspired you to start cosplaying? I was always into costumes, even when I was a kid. When I reached high school and finally obtained the means to purchase my own costume pieces and create my own costumes, I started small (I think I did Sherlock Holmes and Castiel at first), then I built my way up to bigger things. I was just an original kid who liked wearing weird stuff (I wore a cloak to school for a while, and nobody has forgotten it) and this was a way to wear cool stuff, feel good wearing cool stuff, and impress other people while I did it!

What do you do when you’re not cosplaying? I’m a full-time student right now, and I’m working a couple of jobs and starting up a full-time internship. I also love reading and writing, and movies and TV take up a lot of my time. I’m a pretty relaxed person. I like to spend time with people and just hang around. Probably eating, too. 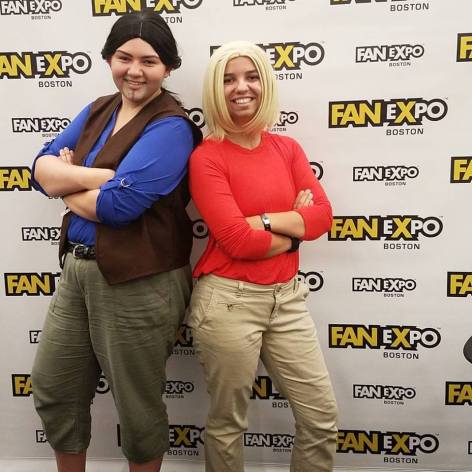 Which costumes have provided the biggest challenge and rewards so far, and why? I did Dr. Frank from Rocky Horror this year, which was challenging in honoring that iconic character and the iconic image of that character. I made the costume for Boston Comic-Con, too, and they were having a huge Rocky Horror event where I met Tim Curry, and Barry Bostwick there was, Patricia Quinn, and Little Nell Campbell, so I was not only honoring this risqué costume and wearing it in front of all these people, I was also showing it to the people from the original stage and film shows. That was so challenging for me, but also so rewarding when Tim told me how much he liked my costume. That was probably the biggest reward I’ve felt to date. I also love doing my Steve Rogers costume and doing right by him, since he’s my all-time favorite character, and I’m always working on him and updating it to be better and better.

What is the best advice you would give someone new to cosplaying? Just do it. Don’t care what anyone else says about it. Keep at it, because I’ve never been great at sewing and stuff, but if you just keep at it, you’ll find your place, you’ll hit your stride. It’s one of the most fun things I’ve done and a pretty accepting and open community. If you feel good in your costume, you can’t go wrong. Make sure you’re happy with it before anyone else is. 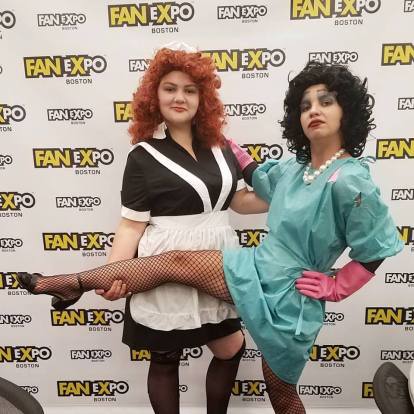 What is one thing the cosplaying community can do better when it comes to dealing with each other? Just be excellent to each other. Whether it’s an eight-foot-tall Transformers operational mechanical piece you built in your garage like you’re Tony Stark, or you’re trying your first costume and you’re Princess Belle and your hair won’t stay up no matter how hard you try, you’re in it for the same reasons. You want to have fun and enjoy yourself and show how much you love this thing you’re honoring. Just remember that.