For some time now, we gamers (and science) have known that video games have some beneficial (and negative) effects on our bodies & minds. Scientists and researchers have done multiple studies over the last couple of decades, looking for information on the health and behavioral effects of video games. Some studies have found that gaming can provide some beneficial effects, like an improvement in hand-eye coordination and short-term memory, while others have found more negative consequences, like increased chances of obesity and aggression.

However, a recent study may have revealed that there are actual physical changes that take place in our brains when we play different types of games.

On Tuesday, August 8, a study was published in Molecular Psychiatry, which talked about how playing first-person shooter games like Call of Duty, Medal of Honor, etc., can actually shrink the hippocampus – the area of the brain associated with stress regulation, memory, and spatial navigation. On the flip-side of that coin, playing games like Super Mario Bros. were seen to cause growth in the same area of the brain. 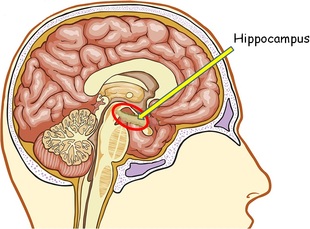 This study, conducted in Canada, involved researchers first asking 33 gamers how often they had played video games over the past 12 months. Then, the participants underwent MRI brain scans. The researchers found that the gamers who reported playing an average of 19 hours per week playing action games, actually had LESS matter in the hippocampus than those who do not play video games.

After that, 43 non-gamers were asked to play about 90 hours of games over a 10 week period in a controlled setting. Those participants were given a choice between action games and Super Mario Bros. The resulting data showed that the people who chose to play the action games actually lost grey matter in their hippocampus, while those who chose to play the Super Mario Bros. games gained grey matter. The researchers reported the difference in the players’ hippocampuses to be statistically significant.

The study’s lead author, Gregory West, talked to NPR recently, and shed a bit of light on these results. “While we train up this one system, the other system is potentially being neglected and potentially showing signs of atrophy,” said West. However, a professor of neural plasticity (yes, that’s a thing) at the University Clinic of Hamburg-Eppendorf in Germany named Simone Kuhn said that action gamers shouldn’t be too concerned with these results, saying, “I would never interpret this finding as a big warning against action video games”.

Professor West and his colleagues postulated that the design of each game could play a role in the changes. In speaking about the action games, West stated, “In the majority of action video games, there’s an onscreen GPS overlaid on the screen. There’s also wayfinding markers overlaid over the environment, and we know from past studies that when people are encouraged to navigate using these clues, really, they’re not using their hippocampal memory system to navigate.” 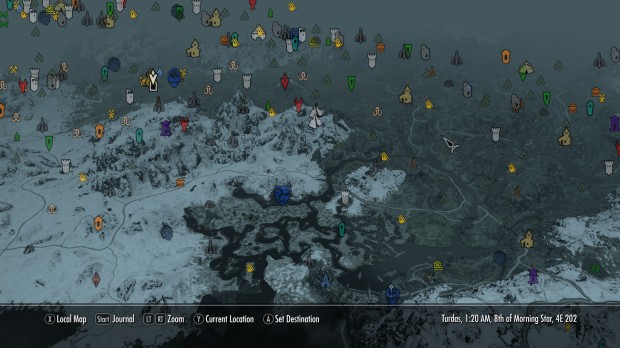 So what do we use when navigating with those clues, you ask? Well, neuroscience has the answer! When we navigate through a game environment using an onscreen map system or those little map/quest markers that one sees over the heads of NPCs, we’re actually engaging a part of the brain called the caudate nucleus – part of the brain’s reward system, and what Professor West affectionately refers to as “your brain’s autopilot”. West went on to say that action games could be “encouraging people to favor this reward system over their hippocampal memory system,” which then results in a “use-it-or-lose-it type scenario.”

West and his team are also hoping to determine whether a relationship exists between the changes that were noticed during the study, and the actual number of hours a person spends playing video games each week, as well as the actual extent of the changes in size of the hippocampus. Only time and more research will tell, however. For now, Professor West says, “If I had to recommend a type of video game to someone, it would be a 3-D platform or logic puzzle game. The evidence is clear at this point that these games can be beneficial for the brain”.

So what did we learn here, dear readers? Well, if you’re part of the 10% of the American population who consider themselves to be gamers (and let’s face it, you probably wouldn’t be reading this if you weren’t), take note: research like this gives us great reasons to try new and different types of games that may not necessarily be within our usual style(s). We should treat our hippocampuses well, and vary our gaming habits. Remember the old adage: “Variety is the spice of life”; and in this case, our brains will thank us!

Featured Image is from the Science Channel