Twenty four years ago, Atari released their last console, known as the Jaguar. Since then, the gaming company has put out a few side projects, games, and some one-off items, but nothing in the realm of consoles. That is, until yesterday.

We brought you news of Atari’s re-entry into the world of consoles back in June, after their surprise announcement at E3 2017. The announcement left the gaming world abuzz with rumor, conjecture, and some interesting speculation, but now it seems that we’re starting to get official details.

The official update from Atari came down yesterday, and they had this to say: “Our objective is to create a new product that stays true to our heritage while appealing to both old and new fans of Atari. Inspired by classic Atari design elements (such as the iconic use of wood, ribbed lines, and raised back); we are creating a smooth design, with ribs that flow seamlessly all around the body of the product, a front panel that can be either wood or glass, a front facing logo, indicator lights that glow through the material, and an array of new ports (HDMI, 4xUSB, SD). We intend to release two editions: a wood edition, and a black/red edition.” They then went on to add, “As you can guess, those ports suggest modern internal specs. It also means that while we will be delivering classic gaming content, we will also be delivering current gaming content.” 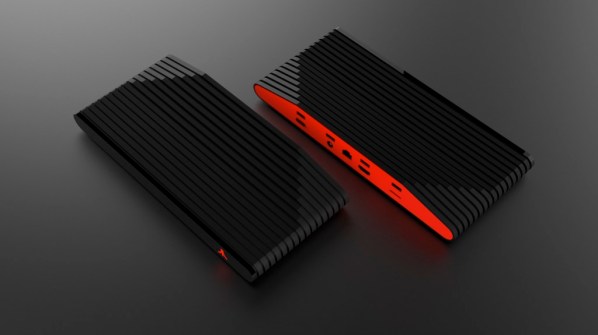 The Red and Black Version of the Ataribox

Images of the upcoming console were released to the press, and we’ve gotta say: this thing is very pretty. It’s got a very sleek, yet neoclassical look to it, as if someone ripped this console directly from the 1980s and just updated its look and power for today’s generation. This kind of look makes our little nostalgic hearts very happy.

With all of the details that Atari has mentioned so far, they’re also not giving us everything…yet. No potential games have been talked about for the Ataribox, but with the fact that Atari mentioned “classic gaming content” as well as “current gaming content”, this leads us to believe that we might get to play our old favorites once more (can we get a Centipede game, please?). We also may see some more current-style titles come to the Ataribox, as there have been a lot of really good mobile titles out recently. Games like Roller Coaster Tycoon and various Breakout-style titles have garnered some great attention from fans, so we wouldn’t be surprised if some games like these showed up on the new console. 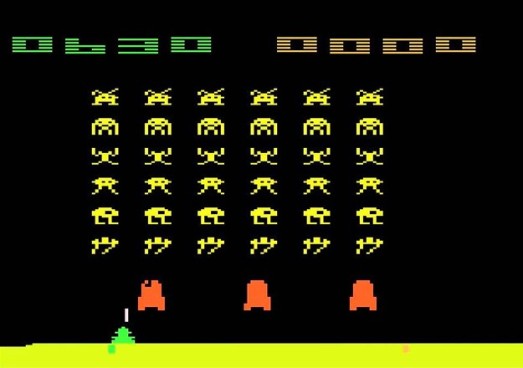 Atari was also not totally forthcoming with the new console’s internal specs, but they did acknowledge a few things in their announcement.
“We know you are hungry for more details; on specs, games, features, pricing, timing, etc. We’re not teasing you intentionally; we want to get this right, so we’ve opted to share things step by step as we bring Ataribox to life, and to listen closely to Atari community feedback as we do so. There are a lot of milestones, challenges, and decision points in front of us in the months ahead. We’ll be giving you lots more information and status updates as we progress, and we are thrilled to have you along for the ride!”

Well, Atari… as lovers of nostalgia and gaming alike, you’ve got the attention of us here at PCU. We’re definitely looking forward to getting more information about the Ataribox, and hearing more about what types of games we can expect. We’re also hoping that this console won’t be something hastily slapped together to keep pace with current technology. Instead, many of us would like to be able to have it bring back awesome memories of good times sitting on the floor in front of our CRT TVs, bowl of cereal in front of us, giddily blowing up asteroids and killing space invaders.

Wasn’t this a great Saturday morning for a lot of us?

What do you think about Atari’s reveal, dear readers? Do you have high hopes for the Ataribox? Let us know your thoughts in the comments section below!