And in case you didn’t know it yet, and it’s pretty damn good. #starwars

As Pop Culture Uncovered gears up for a Star Wars take over, I came across a fan film known as TIE Fighter which can be found on YouTube. Not a single word is spoken, but there is so much action happening in this film, no words are needed to keep you hooked. Between the beautiful rock opera-esque music that reminds you of the generations past and an art style heavily influenced by the 80’s, it just seems so fitting. 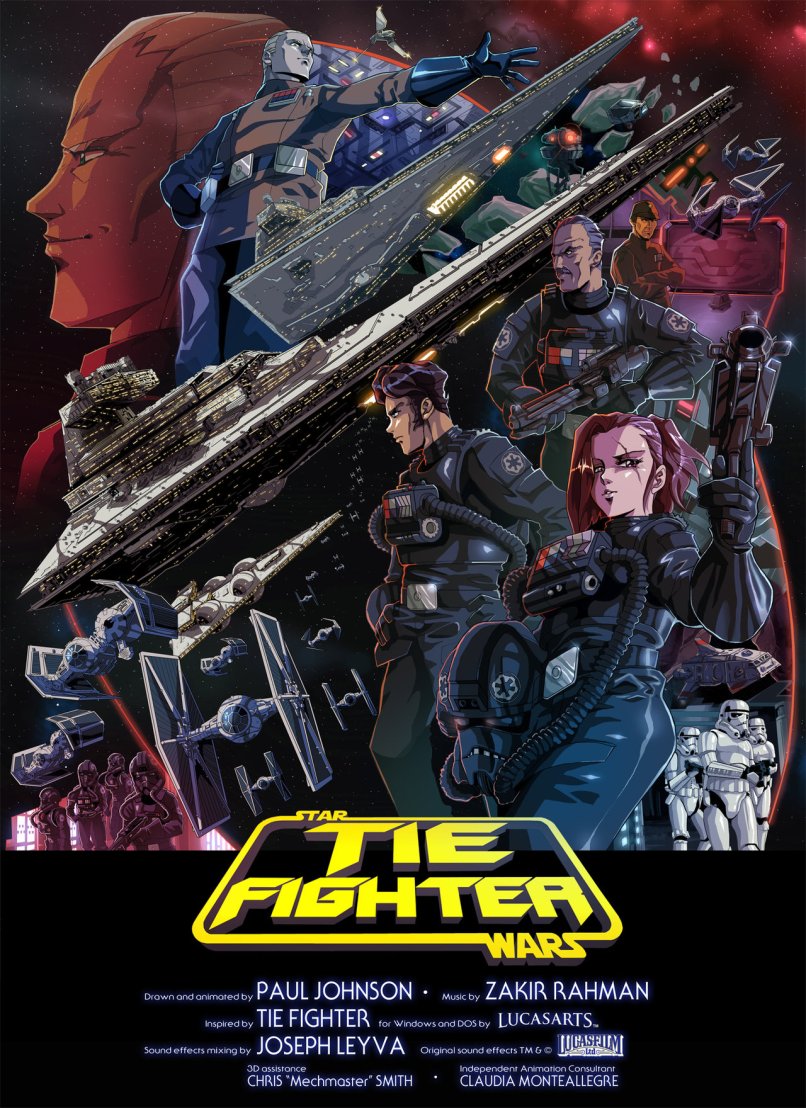 Paul Johnson, the artist and animator of the film, begins his story as all Star Wars stories do; long, long ago in galaxy far, far away. Commander Gaunt, clearly comfortable and confident in the position he’s in, begins doing what he does best, pushing back rebel scum until they utterly annihilate them. The ever careful one-tactic Gaunt combines the interdictor trap tactic with a wide range sensor net of probe droid data coverage to create an attack strategy once hyper-spacing on top of the unsuspecting rebels that he doesn’t share with other commanders. Before the rebels can fully mobilize, inhibitors are released making sure the rebels can’t escape. He pins the rebels. The only way out for them is death, which one-tactic Gaunt is happy to grant them.

This short does have  a twist, but remarkably still fits the Star Wars standard. Instead of focusing on the rebels, the Empire is the main focus of the film, showing the audience just how much of a well-oiled machine they are. Paul lets the Empire’s ruthlessness shine through in their obliteration of the rebels; while using established anime techniques, like showing the faces behind the helmets, reminding you that they are still beings as well and makes the short even darker than I thought. After the action and explosions overwhelm your sensations, you may find yourself screaming “Long Live the Empire!”

This film is a gem and if you haven’t seen it yet, I strongly urge to watch it. Give yourself to the Dark Side and support the fans who were part of the wonderful creation. Even though I adore the rebels and what they fight for, it was almost refreshing to see the story being told from the other side. There is no sugar-coating just how evil the Empire can be, or how intense war can be in this film, which is a touch of realism that makes this film all the better. If you would like to watch it, click the link below.