There’s nothing better than having your bro beside you, through good times and bad 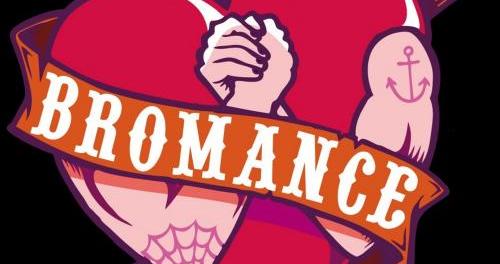 It’s that time of year again where we reflect on the time we’ve spent with that special someone; a time where those who are important to us are in our thoughts as we try our best to show our appreciation. I’m not talking about our loved one’s in the traditional sense, but that special someone who can only be called Bro or BFF.
To have a BFF or a Bro is truly a creature that has been the best partner someone could have through good times and bad as they conquer life’s trials together while their bond grows stronger as every episode passes. To celebrate February, I’ve put together my personal list of best bromances in anime; and here is part one of two.

Being a huge Dragon Ball fan, I have loved watching the series unfold through the years. Often when I hear about bromance when it comes to this series, a lot of the focus is with Goku and Vegata. Even though that one relationship to merit, I would like to take a moment and appreciate one bromance that I feel is understated, which is Goku and Krillin. From that first time they met on Roshi’s Island, who knew that their friendship would conquer past multiple deaths, enemies, and even Roshi’s unorthodox training sessions. Even now in Dragon Ball Super, in often nontraditional ways, they continue to help each other grow into the best version of themselves can be.

9. Kotetsu T. Kaburagi and Barnaby Brooks Jr., Tiger and Bunny
Kotetsu and Barnaby definitely start off rocky, but end up helping to weave a wonderfully hilarious and heart wrenching series. When middle aged, veteran hero a middle-aged man with a young daughter, who has extremely low hero rankings a young man and creates the first ever hero tag-team this city’s ever seen, you can’t help but be glued to your screen. Their methods and views clash constantly, but they can’t help but love each other, and through their journey you’ll find that you can’t either.

8. Nicholas Brown and Worwick, Gansta
This is an amazing series in general, but seeing Nicholas and Worwick in action puts you in an emotional ride you won’t forget. Through their constant bickering throughout the series, especially with Nicholas signing away at Worwick’s hastiness, the magic these two weave together as they leave a trail of blood behind them, is just plain awesome.

7. Spike Spiegel and Jet Black, Cowboy Bebop
Being out in space, searching for bounties and constantly not having enough money for proper parts for your ship, much less proper food, can wear on one’s emotions. With a situation like this, you’re going to need a friend that loves you so much, your friendship can stand through dealing with kids, animals, and women with attitude.

6. Meliodas and Ban, Seven Deadly Sins
Would you wait for your best friend without a clue as to whether they are still alive? With an undying hope in each other you find early in the series that Melodias’ and Ban’s love for each other is so strong, they will stop at nothing until they have reconnected again. Being immortal is hard, and Ban was lost in his own emotions, with pain being his only way to feel alive again as his faith waivered, it was Melodias who found him in a prison he could easily break out of. Their reunion is incredibly symbolic of their dynamic together: a bit reckless, but constant in every way.

Did I mention a favorite of yours yet? Do you have suggestions for this series I’m creating? Put them in the comments below!